The country that’s worried most about climate change 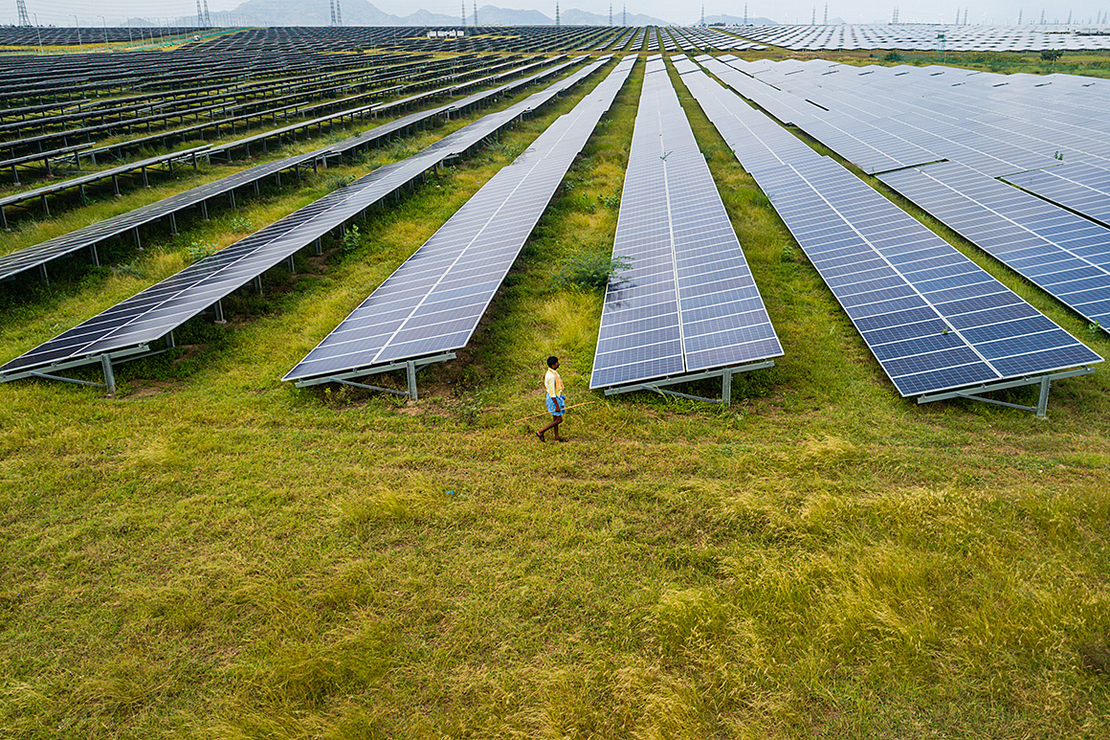 A shepherd walks past the massive Pavagada Solar Park in Karnataka, India, in October. People in India are highly attuned to the risks of climate change. Abhishek Chinnappa/Getty Images

It seems like a paradox: Adults in India are deeply concerned about the impacts of climate change, but they are also the least critical of their government’s efforts to combat it, according to a new global poll.

Almost 90 percent of people in India are worried about global warming — more than anywhere else among the 13 countries surveyed. But just 35 percent say their government is failing to address the crisis — the least of those polled.

The public’s trust in government is not rooted in India’s climate policies. The country remains hugely reliant on coal, and its emissions targets don’t match what scientists say is needed to prevent dangerous temperature increases. India is the world’s third-largest emitter after the U.S. and China.

The survey results don’t surprise Vaibhav Chaturvedi, a fellow at the Council on Energy, Environment and Water in New Delhi.

He said the response needs to be viewed in the context of India’s economic and social development. As the country’s economy has expanded, so has its population. That has constrained its ability to invest in technologies that would limit planet-warming emissions while at the same time investing in basic health care and education.

India’s per-capita income and per-capita emissions are also far below those of wealthier countries like the United States, France and Germany.

“If you talk to an Indian stakeholder who is into the climate debate, they would always say that given the resources and given all these limitations, whatever the government is doing is actually excellent,” Chaturvedi said.

The survey by POLITICO/Morning Consult found that large majorities of respondents in 13 rich and emerging economies said they were either “very concerned” or “somewhat concerned” about climate change — the effects of which many perceive to be worsening. Respondents were more divided, however, on whether their governments are doing enough to tackle the problem.

The greatest unease was in India — where nearly 90 percent of respondents expressed some degree of concern — followed by Brazil (87 percent), South Africa (85 percent) and Mexico (81 percent).

Doing too much on climate?

Respondents’ concerns reflected the vulnerability of their countries. India, with its long coastline, has been highly prone to severe cyclones and rising seas, while South Africa has experienced crippling droughts in recent years.

When asked whether their country is doing its fair share to combat climate change compared with other countries, 70 percent of Indian respondents said it is — the highest among all 13 countries. Seventy percent also felt the country is either too ambitious or ambitious enough in its efforts.

People in some wealthier countries were more skeptical.

Less than half of respondents in the U.S., Japan and Australia said their governments are doing their fair share. In the United States, where officials often highlight their pledge to halve greenhouse gas emissions this decade, 40 percent of respondents said government efforts are not ambitious enough.

There are distinct differences in emerging economies.

Deforestation and land use change are driving emissions up in Brazil. That’s a “bad story” in any country, including India, said Chaturvedi. South Africa, meanwhile, is a richer nation than India, and yet its government has done little to reduce its dependence on coal.

South Africa was the only country polled where the majority of respondents said government efforts to combat climate change are not ambitious enough. That could change if a deal struck late last year with the United States and several European countries to help South Africa phase out coal shows positive returns.

India and other fossil fuel-dependent countries are watching the agreement in South Africa closely, because it could offer a finance model for their own transition toward cleaner energy sources.

In all 13 countries polled, a majority of respondents said they believed wealthy nations should support poorer ones to confront climate challenges.

Indian Prime Minister Narendra Modi, for example, has frequently said international support will be needed to help India meet its ambitious target of adding 500 gigawatts of renewable energy capacity by 2030. During climate talks last November, he called on developed nations to contribute $1 billion in climate finance to developing countries as soon as possible (Climatewire, Nov. 2, 2021).

Majorities in every country surveyed also believe China, the world’s second-largest economy but one still classified as developing, should join the ranks of wealthy nations and contribute financing.

The poll was conducted through an online survey of 1,000 people in each of the 13 countries to gauge their perceptions on a range of issues. Countries included the United States, Germany, China, Russia and Japan. In addition to climate concerns and government actions, the survey asked the public for its perceptions on the corporate sector and who should shoulder responsibility for tackling the climate problem.

A majority of respondents said their governments have the most power to address climate change, followed by international organizations such as the United Nations and Greenpeace. But a majority in all countries indicated that their governments are acting less forcefully than individual consumers.