The flood insurance debate returns. Here’s what to expect 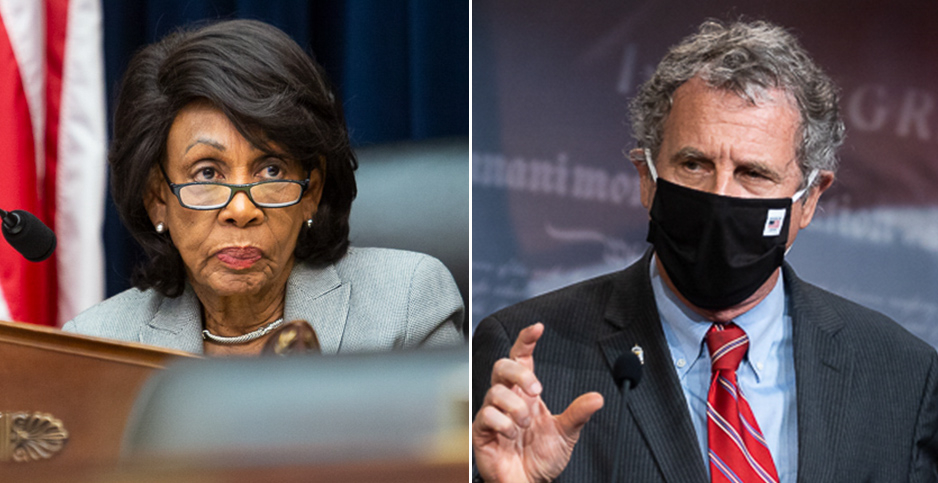 Competing legislative pitches for extending and reforming the nation’s debt-hampered flood insurance program are about to hit Capitol Hill — bringing debates over climate change and risk, equity and cost, and the role of federal subsidies.

The most comprehensive proposal being floated so far is one from House Financial Services Chairwoman Maxine Waters (D-Calif.).

That discussion draft would extend the program for an additional five years and limit the government’s ability to raise the price of flood insurance amid growing concerns about affordability (E&E Daily, April 14). Current authorization for the National Flood Insurance Program (NFIP) is set to expire in five months.

And if history is any guide, those bicameral committee bills could serve as vehicles for a surge of smaller bills focused on certain aspects of NFIP, said Chad Berginnis, executive director of the Association of State Floodplain Managers, who has experienced three so-called reform years in 2004, 2012 and 2014.

"By the end of the spring, there’ll be a dozen bills," he said. "What happens is that members of Congress have their kind of certain specific focus area they want."

Some of those measures are already percolating, including bipartisan language in the House to scrap subsidies for the program.

Legislation is focused on NFIP, a 1960s program managed by the Federal Emergency Management Agency that was originally intended to offer primary flood insurance to flood-prone areas and reduce the risk through the adoption of standards and offer of grants.

While the premium rate for such insurance is intended to reflect the risk of flooding, Congress in the past has directed FEMA to subsidize insurance for some properties, said a report from the Congressional Research Service.

That new program is already drawing pushback among some Republicans who are calling for more oversight and warning that the changes could affect the program’s affordability.

They include Sen. John Kennedy from Louisiana, a member of the Senate Banking Committee, who earlier this month called for David Maurstad, the FEMA official in charge of the insurance program, to testify before the panel. Kennedy has accused FEMA of trying to "circumvent" Congress.

While reform has remained elusive on Capitol Hill — the program owes the Treasury $20.5 billion and has been extended more than a dozen times with short-term reauthorizations since 2017 — Berginnis said it’s a priority in both chambers and he’s hopeful (Climatewire, April 13).

"I think a lot of us are confident that NFIP reform is going to happen," he said.

Whereas some say the program, now more than 50 years old, would be untenable if subsidies were wiped out, others say that’s exactly what needs to happen.

Reps. Scott Peters (D-Calif.) and Andy Barr (R-Ky.), for example, reintroduced H.R. 2632, the "Build for Future Disasters Act," which would eliminate any subsidies for flood insurance coverage under NFIP for new construction.

Under the bill, newly constructed properties built during 2025 or later would be subject to rates that reflect "up-to-date flood risk information" and wouldn’t qualify later for a subsidy.

Those built before 2025 in flood zones or that are in areas remapped as flood zones would still be eligible for grandfathering subsidies.

Peters in a statement said the bill would help homeowners understand the "real flood risk of their home" and prepare for climate-induced disasters.

The bipartisan measure has the backing of the Pew Charitable Trusts, the National Association of Mutual Insurance Companies, the Natural Resources Defense Council and the R Street Institute.

The bill would also require the Government Accountability Office to study the feasibility and implications of lowering all subsidies to a point that "puts the NFIP on a path to stronger financial footing."

Jerry Theodorou, director of the finance, insurance and trade program at the R Street Institute, said subsidies mask the real costs of building and living in flood-prone areas and that the Peters-Barr bill would ensure that policyholders aren’t "undercharged."

Theodorou said the Waters bill instead would kick the can down the road, and he criticized the measure for seeking to cancel the program’s historic $20.5 billion debt.

"It wipes away the underperformance and the poor management of this program by just writing off the debt," he said.

Yet another aspect of the program that will be up for debate is how it addresses a changing climate and more severe storms through mapping and data crunching.

Earlier this year, the nonprofit First Street Foundation, a flood forecasting group, found that climate change will cause the total annual flood damage to U.S. homes to rise to $32 billion by 2051, a 60% increase from the current level of $20 billion a year.

A number of legislative reforms on the Hill are already zeroing in on FEMA’s mapping and protection for new construction — both inland and on the coasts.

Democratic Rep. David Price of North Carolina, for example, joined his colleagues on the other side of the aisle in reintroducing the "Flood Resiliency and Taxpayer Savings Act," H.R. 481, which would direct federal agencies to consider and plan for future flood risk as they evaluate federal spending.

The bill states that floods are the most common natural disaster in the United States, and that the Congressional Budget Office has cautioned that economic losses associated with heavy precipitation, storm surges and hurricane winds could average $54 billion every year and require federal spending averaging $17 billion annually.

The legislation would revamp the review process for federally funded projects to account for future flood risk and incorporate resilience and mitigation measures to prevent potential damage.

It would also require agencies to use current and future flood risk data, including FEMA maps, state and local data, hydrological studies, and other information for projects being developed in flood-prone areas.

"We don’t necessarily have a good handle on, nor do we incorporate necessarily, future conditions and climate change into the National Flood Insurance Program in any kind of meaningful way," said Berginnis.