The jury’s out on Jackson’s climate views 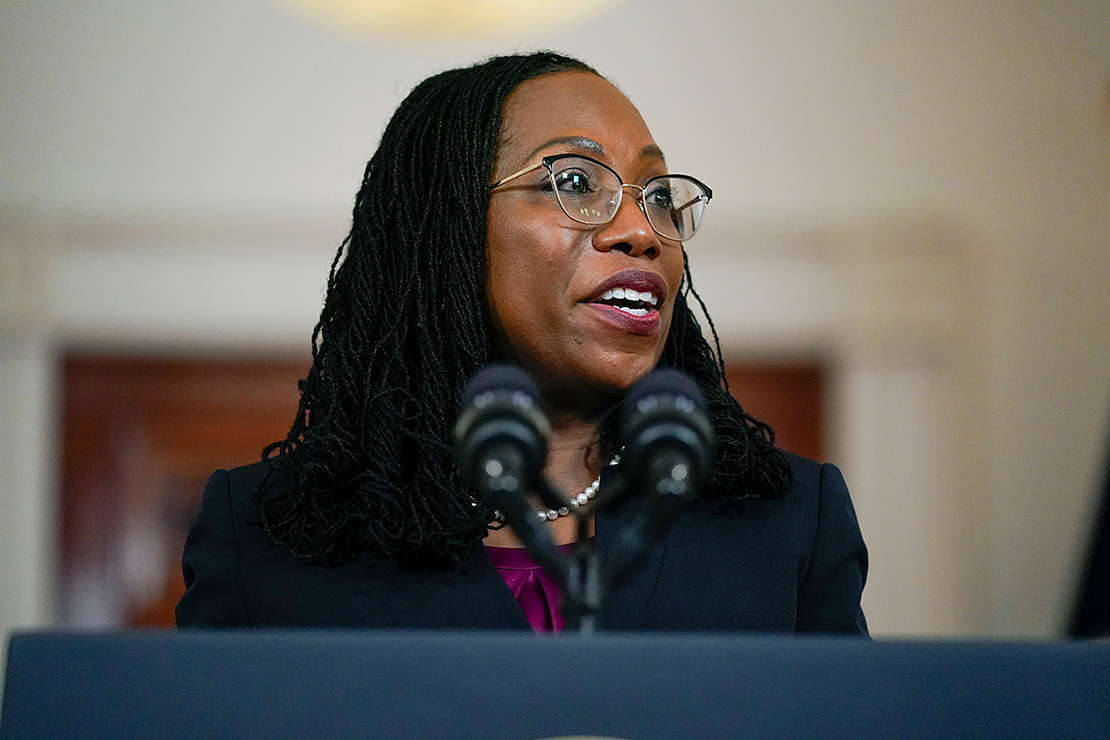 But the selection of Ketanji Brown Jackson is prompting optimism among environmentalists and climate change activists who see a justice in the Breyer mold who pays close attention to the administrative law that undergirds environmental regulation.

“Judge Jackson is quite attentive and thoughtful in her statutory analysis and interpretation,” said Sanjay Narayan, managing attorney for the Sierra Club’s Environmental Law Program. “She’s attentive to how statues are meant to work and to the fundamental idea that Congress passes statutes to do public good, to protect the public.

“A lot of us would be thrilled to have someone who looks like they could live up to Justice Breyer’s legacy,” he added. “Judges’ willingness to give faith to Congress’ instructions is at the core of being a good judge for our cases. And Judge Jackson shows all those hallmarks.”

Jackson, a former clerk to Breyer, paid the outgoing justice tribute Friday as Biden introduced her at the White House.

“Justice Breyer, the members of the Senate will decide if I fill your seat,” she said. “But please know that I could never fill your shoes.”

Others suggested her history — she would be the first former public defender to serve on the court — as evidence that she sees the courts as important to all.

“It’s clear from her record that she’s a person who understands how important it is for the judiciary to work for all the people, and not just the polluters and corporations,” said Doug Lindner, advocacy director for the League of Conservation Voters.

He noted that Jackson, who would be the first Black woman on the court, also served as vice chair of the U.S. Sentencing Commission, where she helped reduce racial disparities for drug offenders.

“While it’s not the environment, it’s something that harms some of the most powerless in our society,” he said.

Amanda Tyler, a law professor at the University of California, Berkeley, who clerked for the late Justice Ruth Bader Ginsburg the same year as Jackson clerked for Breyer, said that when it comes to the critical Administrative Procedure Act, her fellow former clerk has “questioned major regulations that do not go through the proper administrative channels,” such as providing notice and comment.

“I think it’s fair to say that she is a stickler for proper procedure in administrative law cases,” Tyler wrote in an email.

That’s meant Jackson has landed on both sides of the environmental divide.

In 2019, she sided with the Trump administration, ruling that the Department of Homeland Security could waive environmental laws in order to build a border wall between New Mexico and Mexico.

In her ruling, she cited a 1996 immigration law, writing that Congress had “spoken in no uncertain terms about the limits of judicial review” when it came to certain legal claims to the department’s authority to waive legal requirements for the construction of border barriers (Greenwire, Sept. 5, 2019).

“Regrettably, that’s a correct statement of the law,” Dan Farber, faculty director of the Center for Law, Energy & the Environment at UC Berkeley, wrote in a blog post that looked at the environmental records of three potential Biden picks.

He found that Jackson’s rulings in environmental cases “don’t seem to reflect much of a passion for environmental protection,” but added, “we shouldn’t put too much weight on these very fact-intensive disputes.”

Just last week, Jackson joined Neomi Rao, a Trump appointee, in finding that the Federal Energy Regulatory Commission had not provided a sufficient explanation for ending a contract between a gas-fired power plant in Connecticut and a regional grid operator.

In 2017, she rejected environmentalists’ bid to speed up the Interior Department’s review of its National Environmental Policy Act procedures after the Deepwater Horizon oil spill in the Gulf of Mexico.

In that case, she wrote that while Interior has an “ongoing obligation” to review its NEPA policies, it does not have to complete a review or announce the results.

Such reviews “reflect ongoing, internal agency deliberations, not the sort of discrete agency action that can support judicial enforcement,” she wrote (Greenwire, May 5, 2017).

In one decision that was unanimously upheld by the Supreme Court, Jackson in 2018 sided with the U.S. territory of Guam in a dispute over cleanup of a U.S. Navy-created landfill on the island.

The federal government asked Jackson to dismiss Guam’s bid to sue the Navy for cleanup costs, saying it was too late to seek compensation.

Jackson rejected the federal government’s argument in a case that was upheld by the high court (Greenwire, May 24, 2021).

The Sunrise Movement, a youth group focused on climate change, congratulated Biden for making a “truly historic pick” and said it looked forward to hearing a “vocal commitment to racial, social, and environmental justice.”

But Executive Director Varshini Prakash tempered her enthusiasm, noting that Jackson’s nomination comes as the court and its conservative 6-3 majority is poised to hear arguments today in a case that challenges EPA’s authority to curb emissions from power plants (Climatewire, Feb. 25).

“Even if Judge Brown Jackson is approved, her appointment won’t change the fact that the Clean Air Act could be gutted,” Prakash said.

Lena Moffitt, chief of staff at Evergreen Action, an advocacy group started by former staffers to Washington Gov. Jay Inslee (D), echoed the remarks, noting that Jackson’s nomination would not “shift the balance of the court.”

But, she added, “she can and must be a champion for the public interest in the face of escalating attacks from corporate polluters and their allies.”

Jackson will not hear the EPA case brought by coal companies and Republican-led states, but she could be seated in time to hear a Clean Water Act case.

“In both cases, not only are specific environmental and human health safeguards at stake, but the utility of our administrative state to address consequential issues seems very much at risk as well,” said Sara Colangelo, director of Georgetown University’s environmental law and justice clinic. “Her past environmental and administrative opinions evince a fair-minded jurist, who approaches each case on the law and the facts, rather than a preconceived ideology.”

The court’s 6-3 conservative majority means Jackson’s influence will be limited at the start, Colangelo said. But she added that “Justice Breyer was able to deliver surprising wins in environmental cases by reaching across the ideological divide.”

“There are,” she added, “certain conservative justices who may be amenable to reasoned decisionmaking, following precedent and protecting the integrity of the court.”