The Kemper project just collapsed. What it signifies for CCS 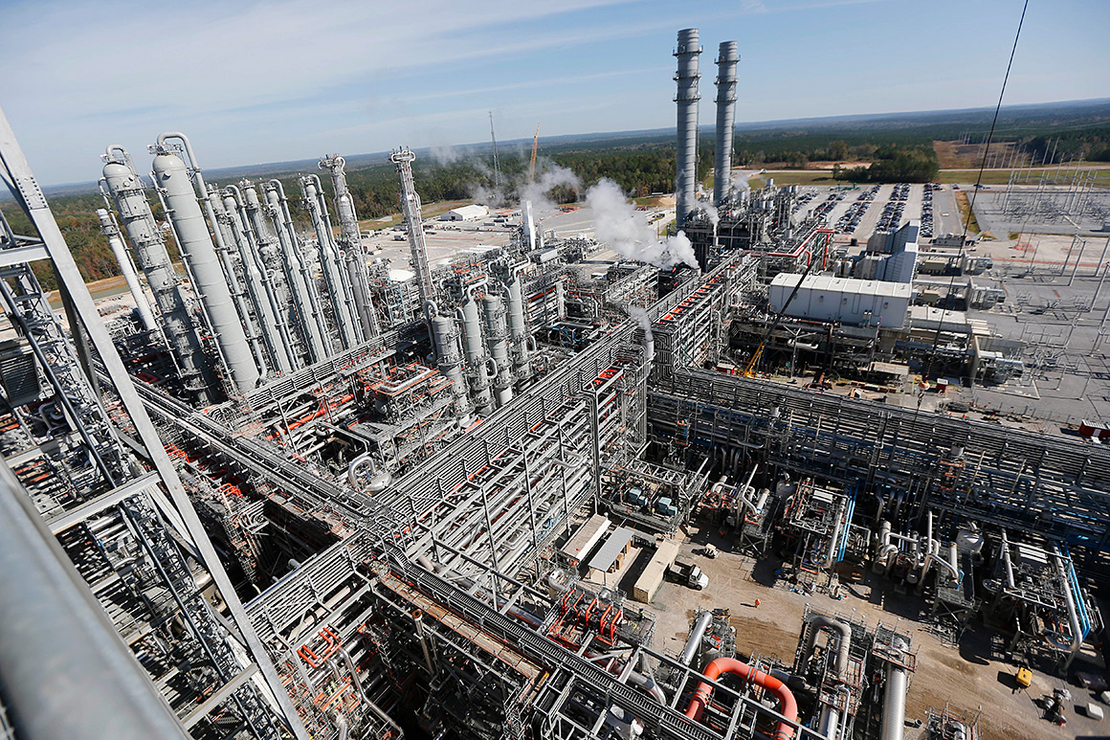 The project, which was half of a multimillion-dollar power plant in Mississippi intended to gasify lignite coal and store its captured carbon emissions, was imploded by Southern Co.’s Mississippi Power unit earlier this month because the equipment was no longer needed. The facility, Plant Ratcliffe, captured worldwide attention and was supposed to host the first commercial-scale carbon capture project on a large coal plant in the United States.

But what was known as “Kemper” for most of its construction life stopped after delays and increased costs prompted Mississippi utility regulators to say in 2017 the facility could run on natural gas only.

Workers have spent roughly one year — totaling 70,000 man hours — removing equipment from Plant Ratcliffe that is not needed to produce electricity, spokesman Jeff Shepard said last week. The implosion was another step in that process.

“It’s so big, they had to do a controlled implosion,” Shepard said. “It’s really about the equipment that’s not in production.”

That included about half of the building that housed the gasifier to transform lignite coal as well as some mechanical and chemical equipment. The entire multilevel building, which looked like a maze of pipes like any large power plant, did not collapse.

There’s more work to be done, plant Manager Bruce Harrington told WTOK, saying “the process of removing equipment will go on for some time now. This was just the next step. "

He added: “It’ll take some time to remove the equipment and steel that came to the ground, so we don’t have a time frame set on that yet. Yes, there will be an additional felling.”

Plant Ratcliffe’s electricity serves roughly a third of Mississippi Power’s customers, Shepard said. The adjacent coal mine once intended to feed into the carbon capture system is now covered in grass and has trees starting to grow on top.

However, it may not be the end for carbon capture technology at the site.

The Energy Department last year awarded the Southern States Energy Board a grant to support a $23.5 million study to determine whether it is feasible to store carbon dioxide from three of Southern’s power plants in Alabama and Mississippi.

There are carbon capture assessments taking place at Plant Ratcliffe and at Alabama Power Co.’s Plant Miller, which runs on coal, according to SSEB’s annual report, released earlier this year.

The study, which is ongoing, is examining how technically feasible it is to have a regional carbon sequestration hub, a Southern spokesman said in an email to E&E News. Such a hub theoretically could include carbon dioxide captured from burned natural gas at Kemper.

“Post-combustion carbon capture of natural gas is something we see as an option in our planning scenarios so a regional storage hub could be a part of such a plan,” the spokesman said.

Mississippi Power told state utility regulators earlier this year that it would close Plant Daniel by December 2027. The utility is closing 950 megawatts of coal and older, less-efficient natural gas plants after a study determined it had significant excess power reserves (Energywire, April 19).

Plant Daniel will remain part of the study, as the site has two combined-cycle natural gas units that will remain operating after the coal-fired ones close, Southern said.

Southern also manages and operates the National Carbon Capture Center, south of Birmingham, Ala., started by the Energy Department in 2009. It has kept carbon capture and storage research going and rebuilt part of the center with infrastructure used to test post-combustion, carbon capture technologies for natural gas (Energywire, June 25, 2020).

Others have a different view of carbon capture, however. Authors of a report last week from the Carbon Tracker Initiative, a nonprofit think tank, said CCS was an unproven technology that investors and electricity companies should not gamble with as a reason to keep power plants running.

CCS pilot studies have failed to demonstrate that the technology works at scale, the study’s authors argue, and electric companies should take advantage of cheaper energy options, such as renewables, instead, the group said. CCS supporters say that the technology is tested and necessary to achieve climate goals, and that projects like Kemper provided invaluable information on the technology.

Southern is among the electric companies that has moved away from coal and toward natural gas. It also is one of many utilities that has set net-zero carbon goals and is working on how to remove carbon from natural gas, which it says is necessary to maintain a reliable, resilient power grid.

An all-but-dead provision considered in Congress in recent weeks, the Clean Electricity Performance Program, would have allowed natural gas to remain part of an electric company’s fleet, if those power plants were retrofitted with carbon capture and storage technology. Other incentives are still being weighed in Congress.

Sen. Tina Smith (D-Minn.), one architect of the proposed CEPP, said yesterday she is open to expanding tax incentives for carbon capture (E&E Daily, Oct. 21). Senate Energy and Natural Resources Chair Joe Manchin (D-W.Va.), who is central to any budget reconciliation deal in Congress, has said carbon capture is a priority as he seeks to avoid closing fossil fuel plants in his state.