The next coal war? Industry versus its customers 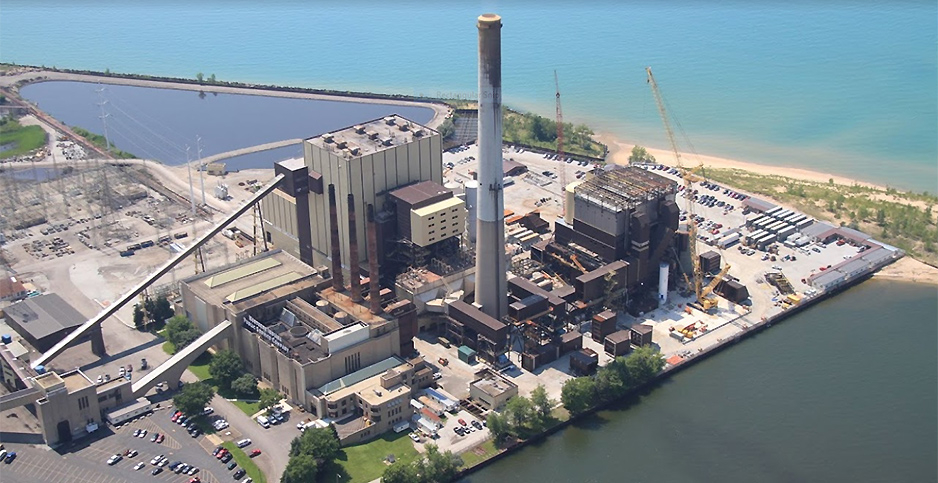 There’s a new war on coal — one increasingly being waged by companies that burn it to make electricity.

Like elsewhere across the United States, some electric utilities in Indiana such as Northern Indiana Public Service Co. (NIPSCO) and Vectren Corp. are transitioning to cleaner fuels for electricity generation. And coal producers are working to stem the bleeding.

Besides seeking help from the Trump administration and state legislatures like in neighboring Ohio, the coal industry has declared Indiana a "battleground," and it’s taking the rare step of taking on its customers at the Indiana Utility Regulatory Commission.

In rate cases and other proceedings, the mining industry is trying to convince regulators and legislators that coal is a more reliable, cheaper option for keeping the lights on than renewable energy and natural gas. Mark Maassel, executive director of the Indiana Energy Association, which represents investor-owned electric and gas utilities, said coal companies’ involvement in regulatory proceedings is a new trend.

Specifically, the industry is challenging plans to accelerate depreciation of coal units; contesting assumptions about natural gas prices; questioning the ability of wind and solar to keep the lights on; and highlighting President Trump’s environmental rollbacks, including EPA’s replacement of the Clean Power Plan with the Affordable Clean Energy rule.

It’s an argument that has put the coal industry at odds with its former allies, the utilities, which increasingly argue that they can save consumers money and reduce emissions by moving away from coal and embracing cleaner energy, regardless of Trump’s policies.

"Historically at the Legislature and the commission, it had been the utilities that had been the coal advocates. There was a general misconception that the coal industry had the [regulatory commission] and the Statehouse in a stranglehold. It was the utilities," said Kerwin Olson, executive director of the Citizens Action Coalition, a consumer and environmental advocate.

"Now that they don’t have the utilities doing their dirty work, they have to do it themselves," he said.

But the utility industry is accustomed to working alongside groups with different, often competing interests such as consumer advocates, large energy users and environmental groups on complicated issues. The goal always is to provide safe, reliable, affordable and clean energy, said Maassel.

"Our challenge as utilities is to balance all of that," he said.

The stakes for the coal industry are huge, both symbolically and literally in terms of tons of fuel supplied to power plants annually.

The state is the nation’s eighth-largest producer of coal, producing 33 million tons from its 14 mines last year, according to the Indiana Coal Council.

Data from the U.S. Energy Information Administration shows Indiana was also the second-largest consumer of coal in 2017, behind only Texas, which has a population four times as great.

As recently as a decade ago, coal fueled 93% of the electricity produced in Indiana. But that’s down to about 70% today and poised to shrink further.

Utilities such as NIPSCO and Vectren, which today rely mostly on coal to fuel power generation, are seeking to retire plants years ahead of schedule and move to cleaner energy.

Those decisions have reverberated from southern Indiana to the Powder River Basin.

NIPSCO, which serves parts of northwest Indiana, said it will save customers $4 billion over the long term while maintaining reliability and making energy cleaner. The utility plan includes retirement of more than 1,600 megawatts of coal-burning capacity at the company’s Schahfer plant by 2023 and 469 MW at the Michigan City plant by 2028.

At the southern tip of Indiana, in the heart of coal country, utility Vectren filed plans to shed 730 MW of coal capacity and replace it with 50 MW of solar and 889 MW of new gas-fired generation.

Most recently, tension between coal companies and utilities flared up in a rate case filed by Indiana Michigan Power Co. when the utility commission denied a petition by Alliance Coal LLC to intervene in the case.

The commission said Alliance, which had identified itself as a potential coal supplier to the utility, didn’t demonstrate that it had a "substantial interest" in the case, the commission said in a July 16 order.

Regulators have yet to rule on the Indiana Coal Council’s petition to get involved in the case. But the utility, a subsidiary of Columbus, Ohio-based American Electric Power Co., has urged the commission to deny the request.

"While ICC may have a self-interest in promoting Indiana coal and other business entities, this interest does not equate to the requisite substantial interest in the subject matter of this proceeding," Indiana Michigan Power said in a filing.

The pushback against utility plans to retire coal plants is coming not just from Indiana’s mining industry, but Western coal interests, too.

Peabody also commented on NIPSCO’s integrated resource plan and intervened in the utility’s rate case, as did a group calling itself the Indiana Coalition for Affordable and Reliable Electricity (ICARE).

ICARE is affiliated with the Texas-based Energy Policy Network, a group run by a former regional vice president for the American Coalition for Clean Coal Electricity that’s dedicated to stopping the early closure of plants in the South and Midwest that burn Powder River Basin coal. In a presentation this spring, Energy Policy Network Executive Director Randy Eminger called Indiana a "battleground" and outlined a "battle plan" with strategies such as letters to the governor.

The Energy Policy Network, which was specifically formed to keep coal units running, identified NIPSCO’s Schahfer plant as a priority, Randy Eminger, the group’s executive director, said in an address at the Wyoming Infrastructure Authority’s Spring Energy Conference in April.

"Currently we’re in battle in Indiana," Eminger said in a video of the speech. "We feel very encouraged that we’re going to get extended life, at least on the Schahfer plant."

While utilities and coal producers continue to press their cases at the utility commission, the same parties will engage in an even broader debate as an energy task force created by the Legislature prepares to meet for the first time later this month.

The 15-member 21st Century Energy Policy Development Task Force is charged with studying the state’s energy mix and developing recommendations for the Legislature and governor by Dec. 1, 2020.

Olson said it remains to be seen how much influence coal companies will have on the task force. Historically, the mining industry hasn’t had the same political muscle as utilities because they didn’t need to.

"They only had two or three people walking around the Statehouse, not the 30 or 40 the utilities have," he said.