The question BP didn’t answer: How? 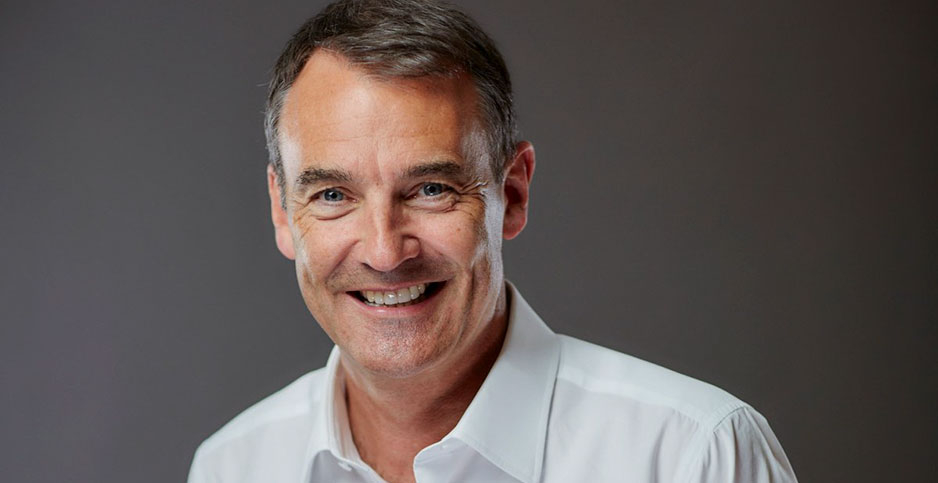 If the British oil giant BP PLC were a country, its emissions would roughly equal those of Australia.

So when newly installed BP CEO Bernard Looney told an audience in London yesterday that his company would try to eliminate or offset all its emissions by 2050 — about 415 million metric tons — it marked a significant moment in the world’s efforts to tame the release of planet-warming gases. Looney offered no details for how BP planned to meet its goal. Those, he promised, would come in September.

The announcement was nonetheless notable. Looney said the company would continue to produce fossil fuels well into the future, but at lower levels than the past. The company will not only seek to eliminate emissions associated with its operations, but those of its customers who consume oil and gas produced by BP. (Consumer emissions associated with oil and gas bought by BP for refining or petrochemicals are not included in the pledge.)

And Looney pledged to "lay down the law" on the company’s lobbying and public relations efforts. BP will withdraw from trade associations that do not support climate policy. Country managers lobbying for policy changes where they operate will now need to check in with BP headquarters to make sure they reflect BP’s support for stronger climate policy.

"We want to change because it’s the right thing for the world and it’s a tremendous business opportunity for BP," Looney told an audience of journalists, BP shareholders and employees.

The event could have been pulled from a scene in Silicon Valley. Looney, dressed in a suit with no tie, the top button of his shirt undone, spoke on a stage before two great television monitors. He was introduced by a video showing chanting climate protesters, CNBC personality Jim Cramer panning fossil fuels and newscasters reporting on BlackRock Inc.’s plans to make sustainability central to the giant asset manager’s investment strategy.

In the roughly three hours that followed, Looney set out to convince his skeptics that BP is sincere in its embrace of change.

"The reality is we are seen by many as a source of the problem, and we’re still an obstacle to solving it. On my first day last week, protesters shut down our headquarters … and they’re not the only ones who believe we’re out of step with society. Some investors do, as well, and some of our staff also — and that’s an uncomfortable place to be," he said. "I want to be clear that I get it. The world does have a carbon budget, it is finite, it is running out fast, and we need a rapid transition to net zero."

Pledging to reach net-zero emissions is a growing fad in the energy business. Dominion Energy Inc. became the 17th utility in the United States to announce a net-zero pledge earlier this week (Energywire, Feb. 12).

Oil and gas companies are now getting into the act.

Royal Dutch Shell PLC and Total SA have promised to pare down emissions but not eliminate them entirely. Repsol SA, a Spanish oil major, has pledged to go net zero, though it’s significantly smaller than BP (Climatewire, Dec. 5, 2019).

Mike Coffin, an analyst who tracks the oil industry at Carbon Tracker, said BP’s announcement included a number of small but potentially meaningful provisions. Where its rivals have committed to reductions in emissions intensity, BP is calling for a reduction in absolute emissions. At the same time, it’s pledging to cut the carbon intensity of its products 50% by midcentury. The company said it would count emissions on an equity basis, extending its CO2 accounting to oil fields where the company has a financial stake but is not the operator.

"It seems more positive than might have been expected," said Coffin. "BP seems to have leapfrogged Total and Shell."

Questions still abound. Unlike Repsol, BP did not include interim emission targets to help guide near-term efforts. In a question-and-answer session, Looney was asked about how much capital the company would spend on new oil and gas production on the one hand and low carbon ventures on the other. And he was asked if BP would pursue its low-carbon goals at the expense of its historically generous dividend.

Looney said he would prioritize both. The company needs to change, he said, but to do so it must remain financially strong.

"So it’s not like there’s some massive conflict. It is that in many ways they reinforce each other, and that’s how we will benefit," he said.

Those questions come as the oil and gas industry struggles to keep its head above water amid a torrent of crude production. Surging global output has driven prices down and eaten into companies’ profits. BP is in the midst of a divesture campaign aimed at shoring up its balance sheet.

Yesterday’s announcement reflects the growing environmental, social and governance (ESG) pressure oil companies are facing from activists and investors, said Bob Brackett, an oil analyst at Sanford C. Bernstein. Institutional investors, in particular, are looking to companies to spell out their plans for addressing environmental concerns. Outlining a net-zero commitment opens the door for ESG investment in the company, he said.

Where BP’s Beyond Petroleum campaign petered out a decade ago, "it feels like society wants it more this time," Brackett said. "Institutional investors are willing to give it a go."

At the same time, BP cannot move too quickly to abandon the oil and gas operations without jeopardizing its finances.

"I think they are trying to manage the expectations of shareholders that dividends will remain strong. This is what a lot of investors in this space are looking for," Klein said. "But a lot of investors are also looking at ESG scores and climate change risk. It is a balancing act between those two concerns."

The pledge to realign BP’s lobbying efforts are perhaps the most significant aspect of yesterday’s announcement.

Arvind Ravikumar, a professor who studies the oil and gas industry at Harrisburg University, said the news raises the prospects for bipartisan climate legislation in Washington. Some signs of change are already detectable. Earlier this year, BP announced it was supporting attempts to implement a carbon tax in Washington state, two years after it spent $13 million to defeat a similar proposal at the ballot (Climatewire, Jan. 29).

And yet there is still reason for skepticism. Just last month, The Guardian reported the company helped lobby for changes to the National Environmental Policy Act to facilitate energy development.

"It is now become fashionable for these large emitters to announce emission reductions or to go to net zero," Ravikumar said. "That’s great. It’s one thing to announce your ambition and goals to reach net zero, and it is another to get to net zero."

He added, "We have seen a lot of announcements over the last decade, but none have translated into meaningful climate action."