The steps that saved Vogtle expansion 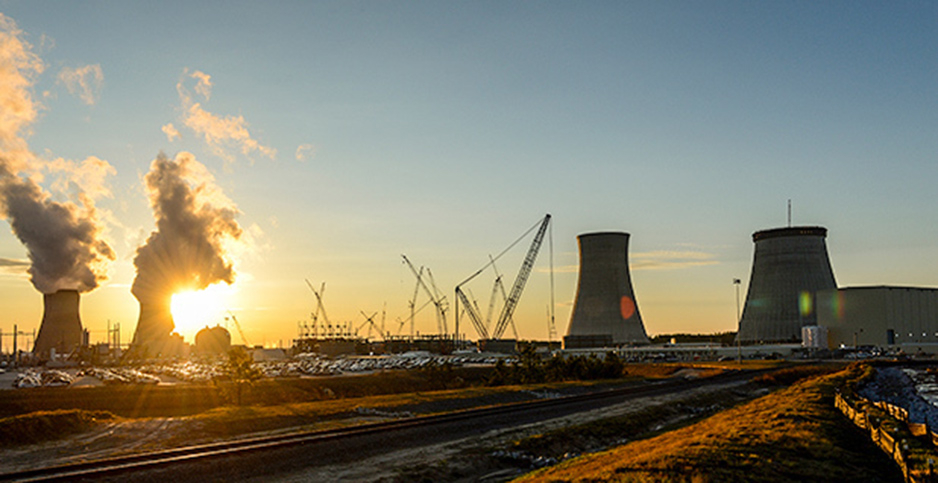 The sun sets behind the Plant Vogtle 1 and 2 cooling towers near the construction site of Units 3 and 4. Georgia Power Co.

The interim agreement was the first of three key steps that Georgia Power took to ensure that construction on its Plant Vogtle nuclear expansion project would keep going. That extra time now gives state utility regulators the chance to review the reactors’ new cost and schedule and figure out whether it makes sense to finish the project, said Jack Williams, a bankruptcy restructuring financial adviser at Baker Tilly.

Vogtle was already years behind schedule and billions above its forecast budget when Westinghouse filed for Chapter 11 bankruptcy protection in late March. The contractor and utility immediately filed an interim working arrangement under which Georgia Power would finance the project until the two companies could come to permanent terms.

Georgia Power, a unit of Southern Co., also negotiated with Westinghouse’s parent, Toshiba Corp., to secure $3.7 billion to underwrite part of the project.

"Absent these three agreements, the most likely outcome of the Westinghouse bankruptcy filing, in my opinion, would have been the cancellation of the project," Williams said.

Vogtle’s fate would have been with Westinghouse and the bankruptcy court without the agreements, Williams said. This is because Westinghouse made it clear it wanted to break its contract, something that the court allows a company to do.

It would not be able to continue working on the reactors unless the terms were financially favorable to the troubled company.

Williams testified before the Georgia Public Service Commission, which is reviewing Vogtle through a series of hearings and written documents. The PSC will decide the project’s fate in February unless unexpected outside circumstances dictate otherwise.

"The commission has a meaningful opportunity to exercise its jurisdiction, which is, in my opinion, in the best interest of Georgia Power and the other owners," Williams said.

Stakeholders and commissioners asked Williams if Georgia Power knew about Westinghouse’s financial troubles and whether the utility did anything to contribute to or prevent them.

Broadly, Westinghouse’s fixed price contracts with Vogtle and an almost identical project in South Carolina were what led to the bankruptcy, but that did not mean the utilities could have done anything to prevent a Chapter 11 filing, Williams said.

Analysts following Toshiba noted financial troubles as early as 2014, and Georgia Power officials have testified in previous hearings that they were aware of some problems. That a company has financial troubles does not necessarily mean it will go bankrupt, Williams said.

Commissioner Lauren "Bubba" McDonald asked whether Westinghouse floated a trial balloon by trying to renegotiate its contract with Georgia Power at some point.

Companies will hire bankruptcy professionals to see how Wall Street responds, but that did not happen here, Williams said. There were no other key indications that something was wrong, he said.

"There was nothing like that screaming from Westinghouse," he said.

Georgia Power officials working on the project said Tuesday that it was roughly two weeks before Westinghouse went bankrupt that the possibility of doing so became known.

The interim working agreement was in place by then and was filed along with a massive amount of other documents in the U.S. Bankruptcy Court for the Southern District of New York. A new, permanent agreement puts Georgia Power and Southern’s nuclear unit in charge of Vogtle and has Westinghouse in a more limited role that suits the contractor.

Bechtel Corp. was hired as the main contractor in charge of construction.