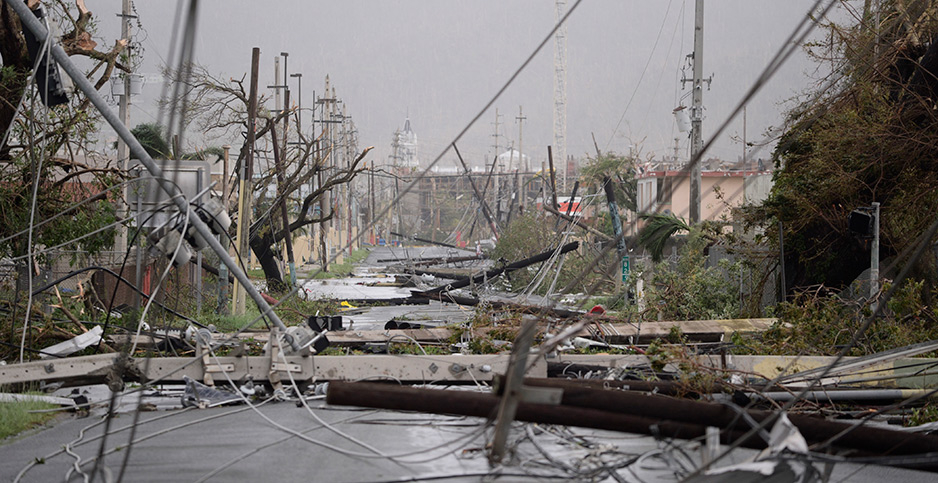 SAN JUAN, Puerto Rico — Yesterday, the CEO of the Puerto Rico Electric Power Authority, Ricardo Ramos, fielded a question at a press conference about how long it would take for the island to get its electricity back after the devastation of Hurricane Maria. His answer was surprising.

"In terms of the power system restoration, for cultural reasons, we’re not saying exactly what the date is, because we will get expectations that will put pressure on the utility and its employees," he said.

That statement would make the typical utility executive raise his or her eyebrows in disbelief. Confronted with angry customers, the CEOs of mainland U.S. power companies might prefer not to raise expectations about when a blackout will end. Yet they usually give their best guess, knowing that shrugging would only incur the wrath of customers and after them regulators and politicians.

There is no such culture of accountability at PREPA, according to two Puerto Rican state senators who a few years ago pushed through the first laws to make the utility answerable to something other than itself.

"PREPA has had a culture of lack of transparency forever," said Ramón Luis Nieves, one of the senators, who represented a part of the capital of San Juan for a single term that ended last year. "PREPA was judge, jury and executioner."

Ramos, the CEO, took the reins at PREPA early this year and is in the early stages of managing the recovery of one of the most ravaged power grids in history. He was not available for comment for this story.

In an earlier exclusive interview with E&E News, Ramos said he thought completely restoring Puerto Rico’s grid would take six months. That’s how long, he added, that it took the island to restore power after Hurricane Georges in 1998, which did far less damage.

Founded in 1941, PREPA is one of the largest municipal utilities in the country. Until 2014, no legal structures existed for any other part of government to oversee it.

The wages of that lack of transparency are today glaringly apparent.

Despite having a monopoly on the island and charging its customers the highest rates in the country outside Hawaii, PREPA has incurred $8 billion in debt. It hasn’t built a new power plant in 40 years. It has a habit of borrowing to cover shortfalls in its operating costs. Its safety records are poor, and its customers have sometimes experienced four or five times as many outages as at a typical utility.

The problem, an investigation found, is that PREPA’s power plants and transmission and distribution networks were poorly maintained, while the company’s record-keeping and internal controls were sporadic.

"Quite simply, PREPA has dug itself into a hole of disrepair, and suffers from shortages of both resources and skills," according to a report last year from Synapse Energy Associates, which was hired by the energy commission to evaluate PREPA.

Reform comes to the island

That report would never have been written if it weren’t for a wave of energy reforms that crested a few years ago and was starting to make itself felt before this year’s hurricanes.

In 2014, Bhatia pushed through Law 57, known as the Transformation and Energy Relief Act. One of its biggest measures was to create the Puerto Rico Energy Commission, the equivalent to the utility commissions that exist in some form in every U.S. state.

The commission was empowered to approve rate increases and require PREPA to prepare an integrated resource plan, where it maps out how it plans to provide energy and how it will pay for it. The 2014 law also created a new consumer protection office, which represents the interests of electricity customers before the energy commission.

The law also made changes to how PREPA’s board is chosen, with the goal of making it more experienced and independent of the power company’s management. Of the board’s nine members, six were chosen by the governor, but the candidates for those positions were chosen by an outside executive-search firm with instructions to seek out experienced applicants. Last year’s election created a change in energy policy — starting with the new leaders of the Puerto Rican Senate eliminating the energy committee.

Bhatia’s and Nieves’ party, the Popular Democratic Party, best known for its preference for maintaining Puerto Rico’s status as a U.S. territory, lost both the governor’s mansion and the Senate. The victors were the New Progressive Party, which is best known for supporting statehood for the island.

A spokeswoman for Gov. Ricardo Rosselló, who signed the law, did not reply to a message asking why he supported the change.

After the reforms and before the storms, PREPA’s finances had started to find a firmer footing. More rigorous bill collection resulted in the company collecting an additional $65 million, and a crackdown on energy thieves saved it $70 million, according to a legal filing by Ankura Consulting Group, which was hired by PREPA to turn itself around.

Ramos has faced criticism for not responding to the challenge. Ángel Figueroa Jaramillo, the head of the utility’s electricity workers’ syndicate, the Unión de Trabajadores de la Industria Eléctrica y Riego (UTIER), called on Tuesday for the governor to dismiss Ramos.

The main reason, he said, is that Ramos claimed on Sept. 4, before Hurricane Irma hit, that PREPA had enough supplies on hand to supply the utility for 45 days and that he would reach out to mainland utilities for aid. Instead, after Irma and then Maria, PREPA found itself with no supplies, and Ramos avoided activating mutual-aid agreements from the mainland because the power company would have to pay for them.

"There was no plan," Figueroa Jaramillo said in an interview Wednesday at his office. "He lied to the country. He created a false expectation for the country, and he should be removed."

Instead of aid from fellow municipal utilities, which usually occurs in the case of disasters, PREPA’s post-Maria rebuild will be run by the U.S. Army Corps of Engineers, which is absorbing most of the costs. Bhatia, the former senate president who pushed energy reforms, thinks that was a bad idea because it delayed aid.

"We have already lost 21 days," he said. PREPA "chose the least-cost alternative, and that has costs in itself."

Ramos was not hired from the utility’s ranks. An electrical engineer trained at Rensselaer Polytechnic Institute in New York, he held a succession of administrative roles in the gas and electricity industries in Puerto Rico and the Dominican Republic.

"Ramos is not the problem," said Nieves. "Anybody who is sitting in that chair right now has to deal with the disaster that PREPA made."