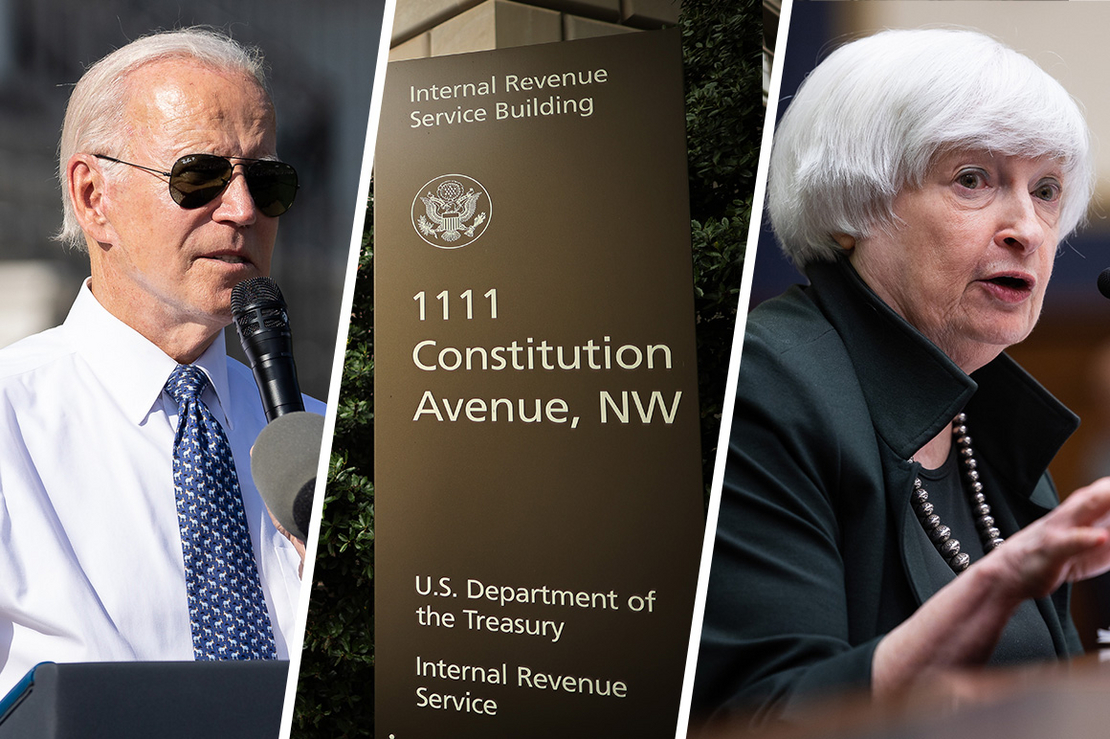 The IRS is a climate agency now.

The massive climate and energy law enacted by Democrats in August puts the IRS at the forefront of the effort to incentivize renewable energy across the economy. Of the nearly $370 billion of climate spending in the new law, about $270 billion will be delivered through tax incentives for electric vehicles, energy-efficient buildings, solar power and other “clean” energy technologies.

That means the success of the law — and the Biden administration’s ability to achieve its climate goals — will hinge in part on the work of a beleaguered agency that’s sprinting to staff up as it implements the new law. But Republicans are already campaigning against an emboldened IRS, and they’ve pledged that slashing its funding will be a top priority if they take control on Capitol Hill next year.

“The IRS is at the center of it because the way that you get this cash that the federal government has basically earmarked for all these things is through tax credits and benefits that you get when you file your tax return,” said Lauren Collins, a partner at Vinson & Elkins LLP who specializes in renewable energy.

This isn’t totally uncharted territory for the IRS, which has long been central to the government’s efforts to subsidize favored industries and energy types through the tax code, Collins said.

What’s different this time is the massive scale of federal investments under the law Democrats have dubbed the Inflation Reduction Act.

“It has taken what we’ve always done and just hyped it up, turned the dial up to 11,” Collins said. “Now we have tax benefits for a gazillion different renewable technologies, climate-benefiting programs, green manufacturing, domestic manufacturing, electric vehicles, the list goes on.”

The IRS and its parent agency — the Treasury Department — are hustling to put policies in place so businesses and consumers can understand and take advantage of them.

“I am proud that the Treasury Department will be at the forefront of implementing our economic and climate plan,” Treasury Secretary Janet Yellen said in a September speech at a North Carolina solar company.

Senior officials from the Treasury and the White House recently announced an effort to encourage the public to weigh in on their policies as they’re being drafted (Greenwire, Oct. 5).

“We’re committed to ensuring that as many eligible taxpayers as possible get credits provided by law, while carefully protecting against fraud and abuse,” Deputy Treasury Secretary Wally Adeyemo told reporters earlier this month.

It’s a big new workload at an agency reeling from budget and staffing cuts in recent years. The IRS’s budget in 2021 was 19 percent below what it was in 2010, when adjusted for inflation, according to an analysis by the Center on Budget and Policy Priorities. The agency’s staff was reduced by about 22 percent during that time.

The IRS has struggled to answer phone calls and efficiently process tax returns, according to a June report released by an independent watchdog within the agency. During the 2022 filing season, the IRS received about 73 million telephone calls, the report said.

Only one in 10 of those calls reached an IRS employee.

Democrats are attempting to revitalize the IRS with an infusion of new cash under the Inflation Reduction Act. The new legislation gives the IRS about $80 billion over the next decade for expenses like enforcement and taxpayer assistance.

The cash influx was welcome news for the agency.

IRS Commissioner Chuck Rettig said in August that the new law marks a “transformational moment” for the agency, which “has struggled for many years with insufficient resources to fulfill our important mission.” Rettig, a Trump appointee, is nearing the end of his five-year term heading the IRS, and Biden could soon name a replacement, causing a leadership change at the agency that employs about 80,000 staffers.

Meanwhile, Republicans have seized on the specter of a beefed-up IRS to campaign against Democrats in this fall’s midterm elections.

If they’re successful in winning control of the House or the Senate, they would gain more power to investigate the IRS and its role in implementing the climate law. They would also have more leverage to try to slash the agency’s funding during budget negotiations.

House Minority Leader Kevin McCarthy (R-Calif.) warned that the new law “hires an army of 87,000 IRS agents to harass working Americans.” McCarthy also said that if Republicans win the House, their first piece of legislation would be a bill to repeal the $80 billion in new IRS funding.

The administration and its allies accuse the GOP of spreading misinformation about its plans to staff up the IRS.

Some of the GOP claims are “outlandish and even irresponsible and dangerous,” said Seth Hanlon, a senior fellow at the Center for American Progress who served in the Obama White House National Economic Council.

Yellen has promised to use new funding to improve customer service at the IRS. Adeyemo said earlier this month that much of the new money will help to restock personnel lost over recent decades and to replace retiring staffers. A major chunk of the cash, he said, will go toward modernizing outdated technologies.

“That will allow us to provide benefits to individuals but also to companies better going forward,” Adeyemo said. “And the first area of focus is going to be on these climate provisions.”