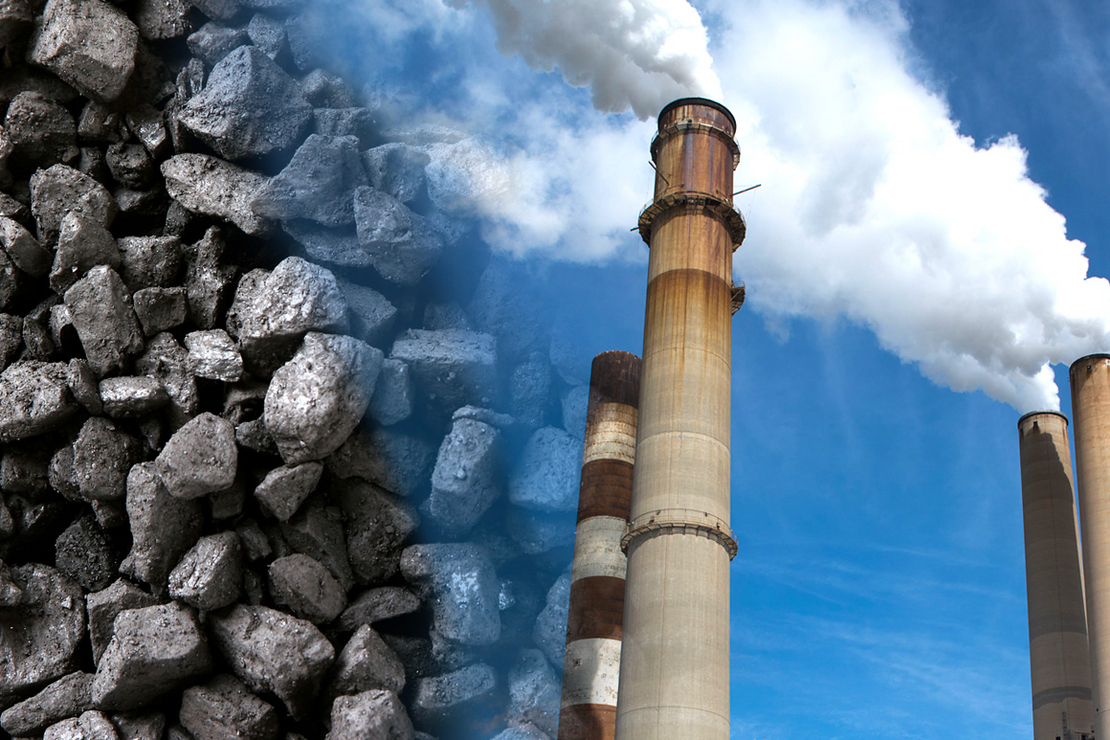 America’s coal industry has been in steady decline over the last decade, as natural gas, renewables and energy efficiency combined to replace the carbon dioxide-intense fuel and drive greenhouse gas emissions lower.

Yet coal continues to produce the lion’s share of greenhouse gas emissions associated with U.S. power production. Last year, coal was responsible for 22 percent of the country’s electricity generation but 60 percent of power-sector CO2 emissions, according to federal data.

The dynamic is owing in large part to a series of large coal plants that continue to churn out power and pump CO2 into the atmosphere. The 10 top CO2 emitters accounted for 9 percent of total U.S. power-sector emissions last year, according to EPA figures.

These plants are outliers of sorts in the U.S. power system. Where many coal plants have reduced power generation or closed altogether, these coal giants continue to churn out electricity around the clock. And while their parent companies increasingly plan to phase out coal to satisfy ambitious midcentury climate goals, these plants are generally scheduled to run well past 2030.

In most cases, utilities are moving away from coal for economic reasons, he said. That was especially evident last year, when an increase in natural gas prices resulted in only a modest increase in coal generation.

Yet in a small number of instances, some coal plants continue to run hard. In some cases, the reason might be regulatory. Daniel pointed to the example of West Virginia, where utility regulators are exploring a minimum generation threshold for the state’s coal fleet. Others may not be subject to stringent air quality rules.

And in still other cases, power companies may elect to run their power plants regardless of short-term fluctuations in electricity prices. Some coal plants struggle to ramp up and down quickly, giving utilities a reason to keep them operating outside short-term market conditions.

“Most utilities, to their credit, have seen the light. They realize now the writing is on the wall, and they’re following,” Daniel said. “But the ones that haven’t, you’re getting a concentration and bifurcation of where the outliers are.”

The following is a list of the country’s top polluting power plants. All of them are coal facilities. The list is based on emissions data from EPA and power plant information from the U.S. Energy Information Administration.

Emissions from any one plant can fluctuate from year to year because of market conditions or maintenance schedules. To account for that, the list also provides emissions for the last decade to give a better sense of which plant’s are traditionally among the country’s dirtiest and which have more recently moved into the top 10.

Most of the plants here are traditionally among the country’s top emitters, but there are some exceptions. Several coal giants have seen their power production decline in recent years, prompting their emissions to fall. That has opened up slots to facilities that traditionally fell just outside the top 10.

Plant Miller has recorded the highest CO2 emissions in America for eight consecutive years. In 2021, its CO2 emissions were nearly 23 million tons, about 5 million tons more than the second-largest emitter.
Miller’s position atop the emissions rankings is owing to its size and generating prowess. The plant’s nameplate capacity of 2,820 megawatts ranks fifth most among coal plants nationally. But where other coal giants have seen their output decline in recent years, Miller’s boilers continue to hum. In 2021, it ran 83 percent of the year, according to federal statistics, far eclipsing the average run time of 49 percent for a U.S. coal plant.

While Southern Co. has announced plans to shut down half its coal fleet in the coming years, it has offered no indication it will shutter any of Miller’s four generating units anytime soon (Energywire, May 27, 2021). Southern has promised to achieve net-zero emissions by 2050.

Like many of the utilities on this list, Ameren has announced plans to achieve net-zero emissions. It recently updated its plan to reach the target by 2045. It plans to run Labadie, its largest coal facility, almost until then. It plans call for closing two of the plant’s four units in 2036, and the remaining two in 2042.
Labadie’s 17.2 million tons of CO2 emissions is its highest annual total since 2011. It ran 79 percent of the year in 2021, taking it higher in the emissions rankings than the plants that often record higher emissions.

Monroe has seen its emissions fall slightly in recent years. Where the southeastern Michigan plant emitted around 19 million tons in 2008, its emissions were 15.7 million tons last year. Still, that amounts to the third most of any power plant in the nation in 2021.
DTE is currently planning on closing Monroe in 2040, but has said it will study an earlier retirement date as part of its long-term plan submitted to Michigan utility regulators. The Detroit-based power company has pledged to achieve net-zero emissions by 2050.

Parish is the fourth-largest power plant in the country in terms of capacity. Unlike the other facilities on this list, Parish also boasts significant gas generation to complement its coal units. One of its smaller coal units was even equipped with carbon capture and sequestration between 2016 and 2020, when the CCS unit was taken offline.

Parish has struggled with mechanical issues more recently. It experienced a hydrogen fire earlier this year and reported outages during Winter Storm Uri in 2020 (Energywire, July 11; Climatewire, March 18, 2021). And several of its generating units were offline earlier this summer when power demand in Texas was surging.

While the first three plants on this list are run by utilities that operated as regulated monopolies, Parish is a participant in Texas’ competitive wholesale market for power. That makes its long-term future more difficult to predict, since the plant’s fortunes are dependent on market conditions. NRG has not outlined a closure date for the plant.

Before 2011, this plant in northeast Texas regularly reported annual CO2 emissions in excess of 20 million tons. Last year, it posted CO2 emissions of 14.8 million tons. The decline in CO2 output has coincided with a drop in electricity production. In 2011, the plant ran 84 percent of the year. Last year, Martin Lake was on 63 percent of the time.

Lightstone Generation, a joint venture of ArcLight Capital and the Blackstone Group, bought Gavin from American Electric Power in 2016. Gavin’s electricity production, and the emissions it creates, has held relatively steady in the PJM Interconnection, the gas-reliant wholesale electricity market encompassing much of the Mid-Atlantic and parts of the Midwest. Gavin posted a run time of 61 percent in 2021.
Earlier this year, EPA denied Gavin’s application for an extension to keep operating coal ash ponds at the power plant (Greenwire, Jan. 11). The ponds are used to store fly ash and sludge left over from burning coal in boilers. In a subsequent regulatory filing, Gavin’s owners said they were moving to adopt a new method of handling coal ash to meet EPA’s regulations.

Oak Grove is the first of two relatively new coal plants to make this list. It is part of the last wave of coal plants built in the United States, making it a baby compared with most American coal plants.
Its spot here reflects the steady nature of its power production and falling output from its older counterparts. In 2012, Oak Grove recorded emissions of 12.4 million tons, making it the 27th-largest CO2 emitter in the country that year. Last year, its 13.8 million tons of CO2 ranked seventh nationally.

The other baby to make this list, Prairie State could well be the last coal plant operating in Illinois. That’s because Illinois passed a law last year requiring all privately owned coal plants in the state to close by 2030 (Climatewire, Dec. 7, 2021). The law contains a carve-out for Prairie State, which must reduce its emissions 45 percent by 2035 and achieve net-zero emissions by 2045. The plant is owned by a group of public power cooperatives.

John Amos’ power generation rebounded slightly after 2020, when electricity demand was depressed due to Covid-19 lockdowns. Still, the plant only ran 47 percent of the year in 2021, according to federal data. That helps explain John Amos’ emissions of 12.6 million tons last year, which were less than the 13.2 million tons the plant averaged over the last decade.
John Amos has been at the center of a three-state controversy in recent years. Utility regulators in Kentucky and Virginia barred AEP from charging ratepayers to upgrade the facility’s wastewater system. That tab will now be picked up by West Virginia consumers (Energywire, Oct. 14, 2021).

Sam Seymour is not a regular in the top 10. The Texas power plant averaged annual emissions of about 11 million tons over the last decade. But as other coal plants have seen their power output decline, a relatively normal year from Sam Seymour puts it among the top CO2 emitters in the nation.
Austin Energy had proposed retiring its share of two units this year, but was unable to agree to a deal to do so with the Lower Colorado River Authority.

A number of large emitters are notably absent from this year’s list.

Plant Scherer, a Georgia coal plant, emitted 177 million tons over the last decade, the second most of any power plant in the country. But Scherer’s electricity generation has plunged in recent years, prompting its emissions to also fall. The plant reported carbon emissions of roughly 10 million tons last year.

Two Florida utilities announced in 2020 that they would retire one of the plant’s four units this year (Energywire, June 30, 2020). Southern Co., which operates the plant and owns a stake in the plant’s three other units, plans to retire another unit in 2028.

Scherer is not the only mega-emitter to fall out of the top 10. Another is Duke Energy’s Gibson Station in Indiana, which recorded emissions of 156 million tons over the last 10 years. That was the fifth most of any power plant in the country. Duke’s current plans call for gradually phasing out the plant by 2035.

The last big emitter notably absent from the top 10 is Colstrip Generating Station in Montana, which ranked ninth among power plant emitters over the last decade. Colstrip closed two of its smaller units in 2020, which has reduced its CO2 output somewhat. It nevertheless remains a larger emitter. Colstrip reported CO2 emissions of nearly 11 million tons in 2021, the 15th most in the country.

Correction: An earlier version of this story incorrectly reported the date of Ameren Corp’s net-zero target. It was recently updated to 2045.