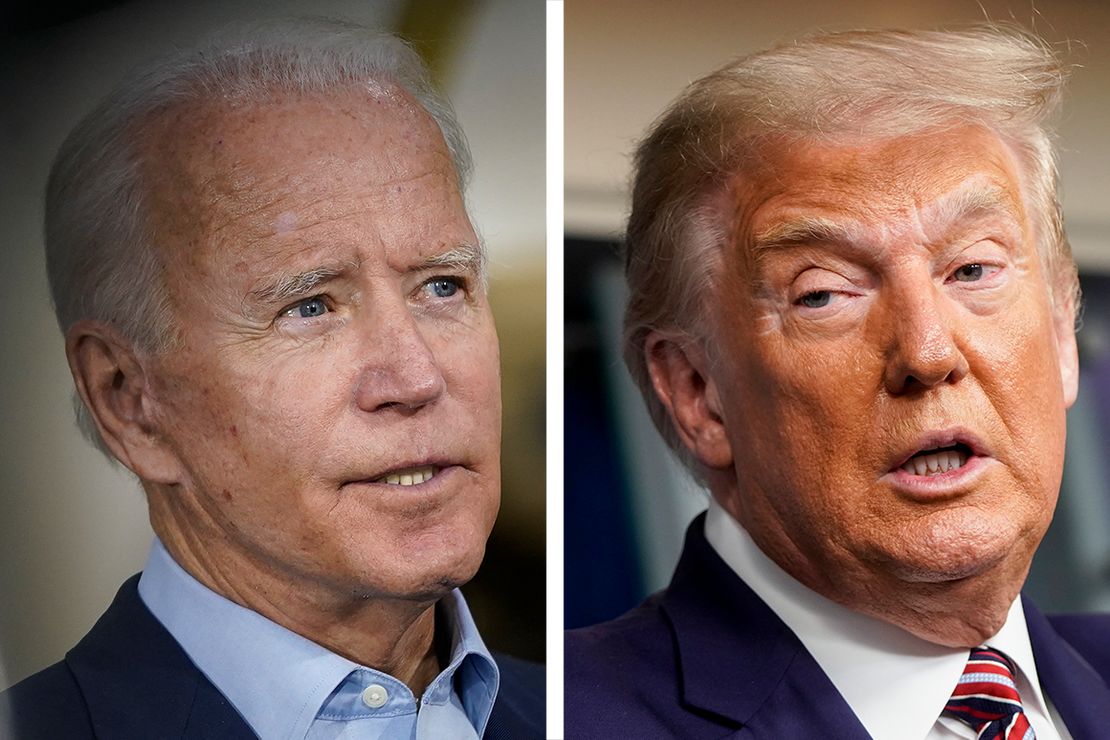 President Joe Biden is halfway through his term but has not yet completed plans to reverse some of President Donald Trump's environmental policies. Getty Images

The Biden administration took office with the promise of demolishing Trump-era environmental policies in favor of more stringent rules.

But two years into President Joe Biden’s term, some of those policy reversals haven’t been completed.

With Biden halfway into his term and Republicans now holding the majority in the House, environmental advocates are worried about the administration’s pace. Failing to get new policies solidified in time, they warn, could make them easier for a future administration to unravel.

“The clock is really ticking against them,” said Brett Hartl, government affairs director at the Center for Biological Diversity. “And there’s, I think, a deep concern about getting it done on time.”

Among the big-ticket environmental policy reversals the Biden team hasn’t yet completed are regulations surrounding how government agencies consider the environmental impacts of their decisions, endangered species protections, and limits on power plants’ emissions of greenhouse gases and air toxics.

Green groups’ big worry: President Donald Trump or another Republican candidate could win the White House in 2024 and torpedo any Biden policies not shored up prior to Jan. 20, 2025. Environmentalists aren’t eager to see a repeat of 2017, when advocates who expected a Hillary Clinton administration to pursue an Obama-esque regulatory agenda were surprised when Trump entered the White House and reversed course on major policies.

“The biggest lesson, honestly, was that you shouldn’t take for granted the outcome of a future election and sort of plan your rulemakings around that assumption,” Hartl said. “Because a lot of good work was killed because of that.”

Environmental advocates point to a range of reasons the Biden team hasn’t moved more quickly on rewriting major environmental rules, including broad changes by the Trump administration, budget and staffing cuts to environmental agencies, legal threats, and a desire to ensure that Biden-era rules are bulletproof in court.

There were “a lot of booby traps to defuse before they could get started on their affirmative agenda,” said James Goodwin, a senior policy advocate at the Center for Progressive Reform. The Biden administration was “in a lot of ways operating with one arm tied behind their back,” Goodwin said, “because the Trump administration had chased off so many long-term public servants, especially scientists. So the rebuilding process was always going to be a challenge.”

Biden and his top officials have repeatedly vowed to stick to science when it comes to writing environmental policies.

The Biden White House declared on its first day in office that it would “address federal regulations and other executive actions taken during the last four years that were harmful to public health, damaging to the environment, unsupported by the best available science.”

The Biden administration “is doing their best to make the rules as solidly scientific-based and legally as strong as possible,” said Patrick Drupp, director of climate policy at the Sierra Club. Agencies are also trying to make sure rules are “airtight,” given a “Supreme Court that seems to want to limit those kinds of authorities anytime they possibly can,” Drupp said.

Still, Drupp added, “There is a little bit of concern at this point, two years in, that there’s still so much work to do on a lot of different things that people care about finalizing.”

One EPA rule that’s expected soon but hasn’t been finalized yet is a regulation determining that it is “appropriate and necessary” to limit releases of mercury and other hazardous air pollutants from power plants. Biden made an early promise to restore the finding after Trump’s team had scrapped it, but the process has been delayed (E&E News PM, Jan. 3).

Biden’s EPA is also still working on a fresh attempt to regulate greenhouse gases from power plants after courts struck down both the Obama and Trump administrations’ attempts to do so.

John Walke, clean air director in the climate and clean energy program at the Natural Resources Defense Council, said he is particularly concerned about a raft of air pollution guidance documents put into effect by the Trump EPA that the Biden team has left on the books.

“Either the Biden EPA supports those Trump rollbacks or they don’t care enough about them to reverse, and either answer is bad for public health and air quality,” Walke said.

Some Trump Endangered Species Act rules remain on the books while the Biden team is working to redo them.

Another rule redo that environmental advocates are watching closely is the Biden administration’s planned “Phase 2” of its overhaul of a Trump-era policy that limited the scope of environmental reviews for projects like pipelines and highways.

The White House Council on Environmental Quality last spring finalized its first round of reforms governing how agencies implement the National Environmental Policy Act, a move that reversed one of Trump’s most contentious environmental policies (Greenwire, April 19, 2022).

The administration promised a broader set of Phase 2 changes, but that hasn’t yet been completed.

CEQ spokesperson Alyssa Roberts said the agency is “continuing work on our modernization of the National Environmental Policy Act regulations and anticipates issuing a proposed rule in the coming months.”

“Since day one, the Biden-Harris Administration has worked expeditiously to restore science, protect lands and waters, and combat climate change while advancing the most ambitious environmental justice agenda of any administration,” Roberts added. “We’re full speed ahead.”