The Western drought is worse than you think. Here’s why 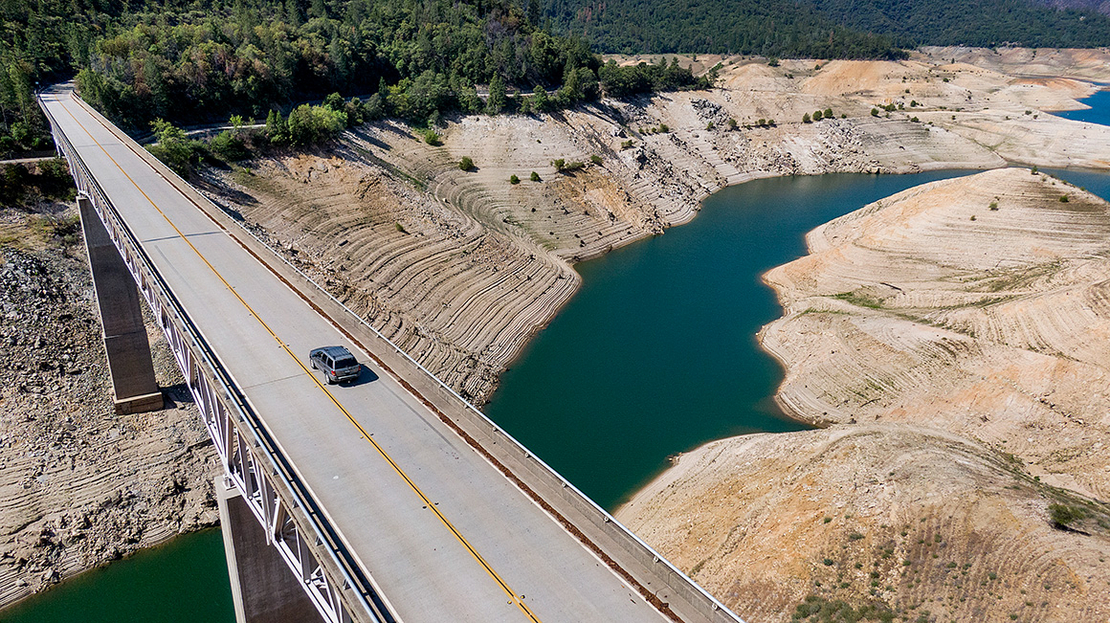 It has lasted longer than the Dust Bowl of the 1930s.

And worst of all, the drought blanketing the western United States is not going away.

A group of experts featuring federal and state officials and farmers and ranchers spent nearly three hours yesterday chronicling the devastation caused by drought conditions that now cover almost every inch of seven Western states. Half of the U.S. population lives in a drought-stricken area.

The virtual session, organized by NOAA, sought to draw attention to the vast effects of the drought — and to the Biden administration’s effort to help suffering communities and industries and to warn about climate change.

“In Oregon, a wildfire the size of Los Angeles is burning now,” NOAA Administrator Rick Spinrad said, referring to the Bootleg Fire in southern Oregon, which started July 6 and has burned an area that is actually about 20% larger than L.A.’s 503 square miles. “And this is only the start of the wildfire season out West.”

The National Interagency Fire Center raised its preparedness level to the highest level on July 15, marking the third-earliest date since 1990 that the center has gone to Preparedness Level 5.

The drought has been particularly hard for Western farmers and ranchers, many of whom are facing water scarcity that is stunting crops and thinning herds as ranchers sell livestock because of feed shortages.

Jeff Schafer, a feedlot owner in North Dakota and president of the North Dakota Stockmen’s Association, spoke about a landscape of crops that are “boot high instead of armpit high,” pasture grass that “never did turn green,” and cows grazing “on brown grass in June.”

Added Dan Keppen, executive director of the Family Farm Alliance, “No water for a farmer means no crop, no foods and a very limited ability to take care of his or her family.”

Although recent heat waves have helped drive the Western drought to its current expanse, conditions have been building for over 20 years due to above-average temperatures and below-average precipitation. Drought conditions now afflict 96% of seven Western states — Arizona, California, Idaho, Montana, Nevada, Oregon and Washington — the highest percentage since record keeping began in 2000.

“Starting around 2000 or the late 1990s, we’ve seen many years of below-normal precipitation,” said climatologist David Simeral of the Desert Research Institute.

Asked to compare the current Western drought to the Dust Bowl, which hit parts of the West and the Great Plains in successive waves in the 1930s, Simeral said, “This has been a more prolonged period of drought that’s occurred than back in that era. We’re looking at nearly two decades.”

The drought has reduced river and stream flows across the West, most notably on the Colorado River, threatening electric plants that rely on hydropower and water supplies in Southern California.

Lake Mead, the nation’s largest reservoir and a water source for 20 million people in Arizona, California and Nevada, is at just 35% of its capacity. That’s the lowest level since the reservoir was filled in 1935, said Demetri Polyzos of the Metropolitan Water District of Southern California.

Southern California is handling decreased water imports from the Colorado River and from Northern California by relying on water that the southern region has stored in recent years, Polyzos said.

“This year, we’re prepared for the dry conditions,” Polyzos said. “Our concern is that the outlook for both imported systems is pretty bleak.”