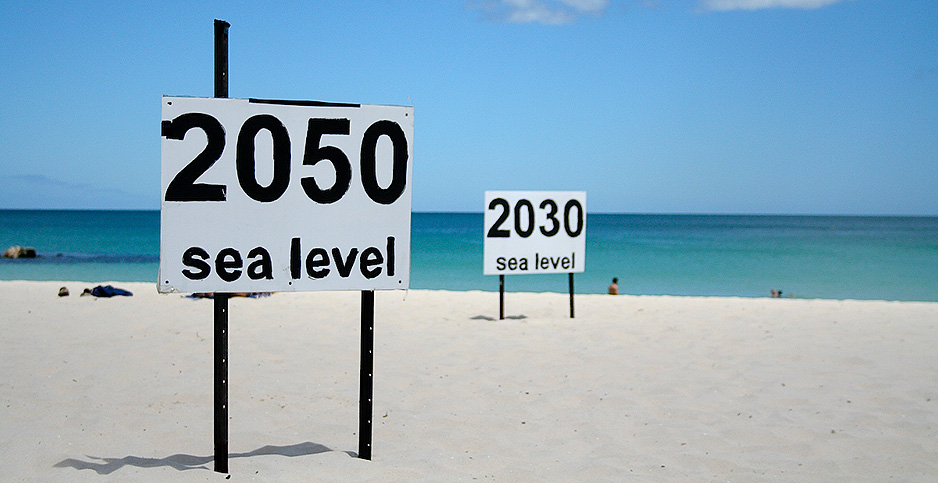 Climate Week, the annual carbon-cutting confab in New York City, long has been a time for governments and companies to announce their green ambitions. But even by its own standards, this year’s edition seemed to reflect a new sense of urgency to address a warming planet.

China, the world’s largest emitter, pledged it would eliminate carbon emissions by 2060. California promised to stop sales of new gasoline- and diesel-powered vehicles after 2035, following in the footsteps of similar proposals in the United Kingdom. The world’s largest retailer, Walmart Inc., said it would zero out emissions from its operations by 2040. Morgan Stanley said it would eliminate the emissions it finances by 2050. The industrial conglomerate General Electric Co. announced it would stop building new coal turbines.

On and on it went.

Yet even as the new promises rolled in, the enormity of the world’s task was on vivid display. Forty-three forest fires continue to burn uncontained across the western United States. So many tropical storms have formed in the Atlantic Ocean that forecasters have resorted to identifying them by Greek names. Carbon dioxide concentrations recorded in the atmosphere at the Mauna Loa Observatory are the highest levels in history, despite an economy-crushing pandemic that has resulted in a record drop in the world’s output of CO2.

The Global Carbon Project, a collaboration of climate scientists, estimates global CO2 emissions could fall by as much as 7% this year on account of the economic pain caused by the coronavirus. That would represent the largest year-over-year drop in CO2 emissions in history. The world will need emissions reductions of that magnitude every year for the next decade to have any shot at limiting warming to 1.5 degrees Celsius by century’s end (Climatewire, May 20).

"The only thing that gives me hope is we have been so bad at predicting at how things do change," said Elizabeth Wilson, director of the Arthur L. Irving Institute for Energy and Society at Dartmouth College. Energy modelers, she noted, have consistently underestimated how quickly the world would adopt technologies like renewables.

The coronavirus pandemic presents a unique opportunity for governments and companies to reimagine the world’s energy systems, she said. At the same time, climate-fueled disasters of recent months make clear that attempts to green the world economy can only do so much.

"The story has changed from just mitigation to mitigation hand and hand with adaptation," Wilson said.

The pledges made last week were unusual in the scope of their ambition. Writing in Carbon Brief, Hector Pollitt, head of modeling at Cambridge Econometrics, estimated China could slash warming by 0.25 C if it follows through on its pledge to eliminate its emissions.

But there is reason to doubt the world will follow through. In 2016, the year climate negotiators ratified the Paris Agreement, emissions associated with global fossil fuel consumption were 35.4 gigatons, according to the Global Carbon Project. Last year, they were 36.8 gigatons, an increase of nearly 4%.

Much of that rise is attributable to economic growth in Asia and China in particular. China’s emissions have edged higher each year since the signing of the Paris deal and stood at 10.3 gigatons last year. That increase was expected as China continues to grow. But it also highlights the dramatic shift needed from Beijing to achieve the zero-carbon goal outlined by President Xi Jinping last week.

Emissions from Chinese coal consumption are already greater than emissions from the transportation sector globally, excluding international aviation and maritime freight. And that’s before China’s plan to add almost as much new coal as currently exists in the United States (Climatewire, Sept. 23).

"There is a long-term trajectory toward more efficiency and lower emissions in China, and it is possible that we have already seen peak coal consumption and now peaking emissions. But getting to zero will be really hard, and so far none of the policy detail needed to evaluate that is in place," David Victor, a professor of international relations and co-director of the Deep Decarbonization Initiative at the University of California, San Diego, wrote in an email. "This seems, like many aspirational targets, to be a low cost announcement that has generated a lot of good press."

The amount of warming that had already occurred by the time climate negotiators met in Paris, coupled with the size of the emission reductions needed, means that it is extremely unlikely the world limits warming to 2 C or less, he said.

"Scientists are often asked whether it is possible to meet some ambitious goal like 2°, and if everything lines up perfectly and people have perfect information and they act in perfect coordination then yes those kinds of goals are possible," Victor said. "But when you evaluate them through the lens of how quickly technological systems change and how quickly political systems change then the possible looks a whole lot harder."

America and Europe have led the pack in global emission reductions, but those cuts have not been enough to offset emissions growth in Asia, nor are they deep enough to satisfy Western countries’ obligations under Paris. When the Rhodium Group, an economic consulting firm, analyzed the emissions impact of the coronavirus pandemic in July, it found the U.S. might achieve its Paris target — a 26% to 28% cut from 2005 levels by 2025 — in two scenarios.

But both scenarios assume the U.S. returns to the sort of stringent economic lockdowns seen in the spring to rein in new outbreaks of the coronavirus. Neither America nor the rest of the world outside China has shown much appetite for that level of lockdown again. Fossil fuel demand, meanwhile, already has recovered much of the ground lost earlier in the year. America increasingly is tracking closer to Rhodium’s scenario where emissions fall 20% by 2025.

Democratic California Gov. Gavin Newsom’s executive order banning the sales of new internal combustion vehicle engines after 2035 gives U.S. climate policy a shot in the arm. American carbon cutting long has focused on power plants — namely swapping coal for natural gas, renewables and energy efficiency. But tailpipes are the leading source of greenhouse gas pollution in the U.S. today, accounting for about 28% of total American emissions. Unlike power plants, emissions from vehicles have hardly budged in recent years and even inched higher.

Attempts to limit transportation emissions have stalled in the U.S. The emission standards set by former President Obama have been rolled back by President Trump. State efforts have largely focused on reducing the carbon intensity of fuels or on cap and trade, but those efforts are in their infancy outside California.

In absolute terms, California’s transportation emissions are relatively small. The 180 million tons recorded by the state in 2017, the most recent year state data is available, was about 3% of the national total for that year. But California is unique among states in its ability to set emission standards and move auto markets.

Observers said the order changes the conversation in America over what is possible politically when it comes to addressing transportation emissions.

"You need to provide a strong target," said Daniel Sperling, director of the Institute of Transportation Studies at the University of California, Davis, and a California Air Resources Board member.

"What we’re talking about here is many changes by many players. You’ve got the electric utilities. You’ve got local governments. You’ve got employers. You’ve got charging companies. It is a whole ecosystem of players," Sperling said. "They need to align or at least get focused on targets. Some won’t, some will get more ambitious. It provides the framing and target they need in their own internal investment process. That is why what Gavin Newsom did is so important."

And yet California’s success will be determined in part by who the next president is. Trump has challenged California’s ability to set emission standards under the Clean Air Act. Many legal observers have raised doubts about whether the president and his allies would succeed in court, but the potential installation of a new conservative justice on the Supreme Court adds a layer of legal risk for California. Those risks wane if former Vice President Joe Biden, the Democratic nominee, wins the presidential race in November.

More broadly, Trump and California’s fight over emission standards points to a bigger issue: the absence of the federal government in the climate arena. The world’s chances of reaching the Paris Agreement’s goals are considerably worse if the government of the planet’s second-largest emitter continues to oppose policies to reduce emissions, analysts said.

"Other countries like Brazil and Australia got political cover to reverse policies under Trump," said Joshua Busby, a professor of public affairs at the University of Texas, Austin. "Even China faced less pressure to up ambition. Subnational action can’t fully compensate for loss of federal momentum."