These 3 letters could end fossil fuels — or green wash them 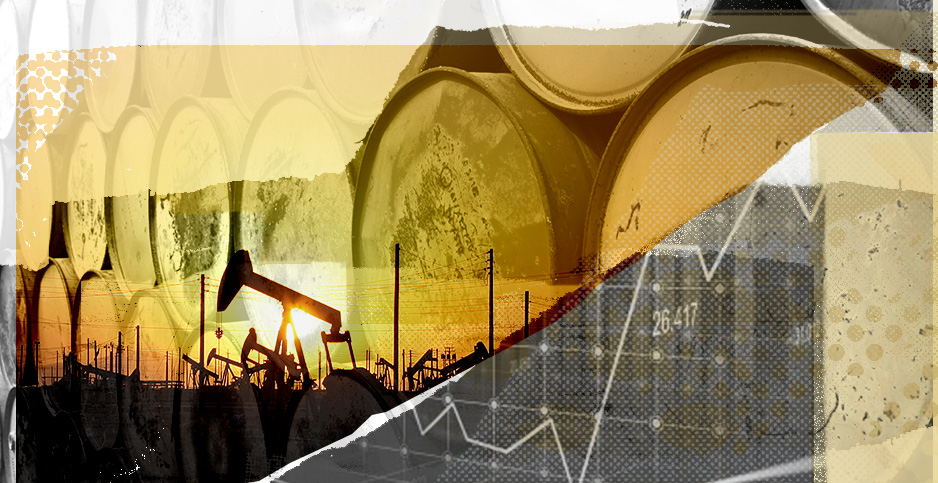 The coronavirus pandemic hasn't sidetracked growing investor interest in environmental, social and governance (ESG) concerns that could help reshape the global oil and gas industry. But skeptics wonder whether the ESG movement amounts to a buzzword that will have spotty impact on issues such as climate change. Claudine Hellmuth/E&E News(illustration); Arne Hückelheim/Wikipedia(pumpjacks); Freepick(stock ticker);jannoon028/Freepik(oil barrels)

The black swan event of a pandemic amid an oil glut has failed to railroad a sustainability movement that’s gripped investors, oil companies and nongovernmental organizations.

But is "ESG" key to the energy transition or green washing?

The trend’s visibility has skyrocketed over the last year, driven by nongovernmental groups and activist investors using ESG as a lever to advance climate, environmental justice and clean energy goals, experts say.

And it’s proved surprisingly resilient during the COVID-19 crisis and the oil crash, gaining rather than losing momentum within the oil and gas sector and related investments, experts say.

"It’s so unstoppable, it’s continuing through the pandemic," said Marianne Kah, a research scholar at the Center on Global Energy Policy, part of Columbia University’s School of International and Public Affairs.

Yet because ESG is emerging as a broad and ill-defined label, environmental groups are wary it will merely add window dressing to long-standing business and lending practices related to fossil fuels. But experts in the oil business, academia and nongovernmental groups still say the future of fossil fuels is being fashioned by ESG. And the economic uncertainty, commodity instability and rising social justice movements of 2020 have only solidified its importance.

"This is the shift," said Andrew Behar, CEO of the shareholder activism group As You Sow. "This is the transition of thinking that has to precede the material transition."

How did we get here?

Behar said ESG boils down to managing risks. His organization tracks companies based on ESG metrics from workplace equity to fossil fuel dependency.

"That’s all it is," he said. "It means reducing risk through basically good business practices."

In January, the World Economic Forum published a manifesto on "stakeholder capitalism," a business management theory that accounts for social and environmental concerns rather than solely focusing on shareholder profits. That philosophy "threw Milton Friedman under the bus," Behar said, referring to the free-market American economist who advised President Reagan and former British Prime Minister Margaret Thatcher.

The World Economic Forum argued that Friedman’s brand of "shareholder capitalism" is on the way out, while business decisions that consider impacts to people and the environment are on the rise. Proponents say the stakeholder approach — which dovetails with the ESG movement — creates more economic resilience for businesses and investments by making risk avoidance a key part of decisionmaking.

For activists, that’s become an opportunity and contributed to ESG’s popular rise.

"It’s a new tactic that I think is very effective," said Kah, a former chief economist at ConocoPhillips Co.

For some, ESG means directing money away from oil drilling or pipeline construction, as in the case of the Dakota Access pipeline. During the Native-led protest against the pipeline in 2016, indigenous activists and environmental groups launched a public awareness campaign that tied the events in North Dakota back to key lenders like Wells Fargo & Co.

"There was a real backlash to the big banks; Wells Fargo really suffered a reputational hit from that," said Ben Cushing, campaign representative for the Sierra Club’s Beyond Dirty Fuels campaign.

Building a similar campaign over the last year, groups like the Sierra Club pressured U.S. banks to update internal ESG guidance to bar them from directly funding oil and gas expansion in the Arctic, particularly the Arctic National Wildlife Refuge that the Gwich’in people hold sacred.

Such awareness movements are going to increasingly come to bear on financial decisions, said Behar of As You Sow. He noted that even in 401(k) retirement plans, people are realizing they have the power to disinvest from fossil fuels if they pressure investment managers to provide that option.

"We thought it was [growing] fast before the pandemic, but now it is accelerating even more," Behar said of investor demands for sustainability.

He also nodded to the potential impact from ongoing protests for police reform that followed the death of George Floyd.

"With the justice movement in the streets, that is also going to accelerate it," he said. "People are realizing, ‘We have power.’"

ESG’s loose definition has some worried about its effectiveness, however.

"If you were to say, ‘What does ESG mean to you?’ to a room full of 100 people in the finance world, you might get 100 different answers," said Cushing.

There are dozens of companies giving out ESG ratings, according to a recent report from Sustainable Insight Capital Management, varying widely in what sectors they cover and where they source data to come up with sustainability scores. And it’s a growing field. ESG is emerging as a market all its own because of the high interest from investors, the report notes.

Industry is also grappling with ESG’s malleability, with executives raising concerns about being measured against constantly shifting standards.

Aaron Padilla, manager of climate and ESG policy at the American Petroleum Institute, said he doesn’t yet expect to see a consolidation of the ESG landscape. He said industry is still pushing for a suite of agreed-on standards that would make sense for diverse companies.

Where some activists view ESG as a means to divest from fossil fuels, Padilla said he sees the movement as a way for industry to demonstrate its commitment to addressing climate change and drawing down emissions.

ESG for the oil and gas sector has its roots in reporting that companies have already been doing for years, he said.

In March, API released the fourth edition of industry guidance on sustainability reports, covering governance and business ethics, climate change, environment, safety, health and security, and social impacts. The report was prepared with input from two other oil and gas industry trade groups and tries to address ESG metrics head-on.

Kah, the former ConocoPhillips economist, said that as the coronavirus pandemic set in, she shelved plans for a closed-door conference with oil companies where she had aimed to flesh out discussion on the future of ESG. More recently, she said she’d been mistaken to think the chaos would stall or limit interest. The opposite has occurred, she said.

Many American oil and gas companies have worked to cut emissions in the field in response to ESG concerns, like Pioneer Natural Resources’ efforts to curb its total greenhouse gas emissions by about a quarter since 2016.

A few European majors, driven by investor pressure and government policy, have made broader, longer-term ESG pledges, like BP’s promise to fully offset its carbon dioxide emissions by 2050.

But the oil and gas industry’s touting of ESG milestones has been accused of being more about messaging than substance — akin to the industry’s attempts to rebrand "oil and gas" to "natural gas and oil" (Energywire, Jan. 8).

When BP CEO Bernard Looney, wearing a button-down oxford shirt, took the stage in London in February to talk about the company’s net-zero future, his Silicon Valley approach drew skepticism from critics who wanted more details. A report from the investor group Transition Pathway Initiative earlier this year noted that despite ambitious carbon goals, most European majors fall short of the kinds of emissions cuts needed to meet the Paris Agreement target of limiting global temperature increases to 2 degrees Celsius (Energywire, May 13).

Still, Anuj Goyal, senior analyst of corporate research at Wood Mackenzie, said the oil bust has allowed some companies to "put their money where their mouth is" on ESG commitments by making cost-cutting decisions that fall in line with their emissions targets.

But ESG targets are sometimes cost effective at this stage, and it’s unclear how the independents will react if ESG actions carry a bigger price tag down the line, Goyal said.

EOG Resources Inc., a major U.S. shale driller, recently reported that it has saved some $200,000 per well on some of its hydraulic fracturing operations by using natural gas instead of diesel to power the massive pressure pumps used in the process. The company sold that as a win for efficiency and emissions reductions.

But companies like EOG could find themselves in a messaging bind if they were to try to backtrack on emissions cuts they’d once celebrated, said Goyal.

"We still haven’t drifted so far to establish that companies are willing to sacrifice returns," he said.

Some members of Congress have started to weigh policies that could drive more definition and accountability in ESG.

Massachusetts Sen. Elizabeth Warren’s proposed "Climate Risk Disclosure Act" would obligate companies to show climate risks. And the Democratic senator took Larry Fink, CEO of the world’s largest asset manager, Blackrock Inc., to task for not offering more concrete steps after his announcement in January that sustainability would be the company’s "new standard for investing."

As ESG enters the mainstream conversation about oil and gas development in a changing climate, organizers say they will remain focused on targeted campaigns with measurable impacts.

"ESG investing is booming," said Cushing from the Sierra Club. "[It] will only continue, so we need to make sure those funds are not green washing and digging us deeper [into] the climate crisis."

Correction: An earlier version of this story misstated the former employment of Marianne Kah. She was the chief economist at ConocoPhillips.