Things to watch in the House Republican rules package 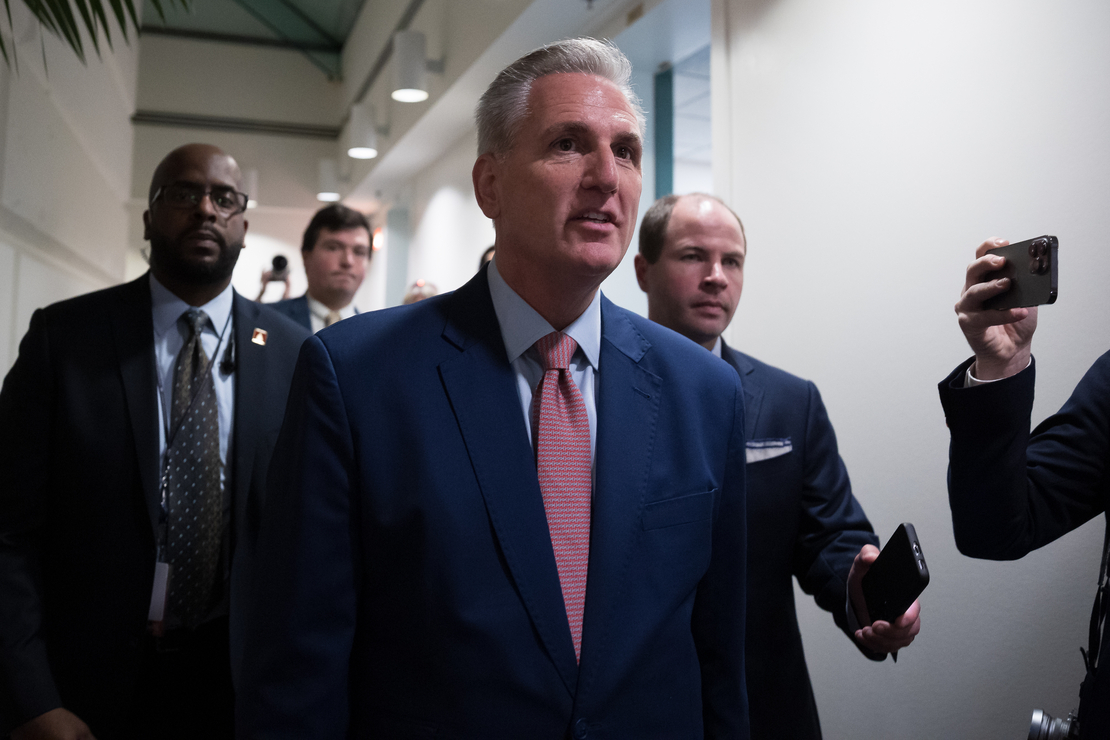 Republicans plan to shake up how the House is run: They want to end proxy voting. They want to expand the time between a bill’s introduction and its floor debate. And they want a policy of scoring legislation’s effect on inflation.

Those changes are part of the rules of the House for the 118th Congress as they prepare to retake the majority after four years out of power. Republicans on Tuesday also removed metal detectors off the House floor that had been installed by Democrats following the Jan. 6, 2021, riots.

The rules package would also define how the House acts — or doesn’t — when it comes to energy, environment and climate policy. It even includes instructions to expedite consideration of a measure in the coming days that would specifically call on agencies to develop a plan to increase oil and gas production on federal lands.

Of course, the package’s adoption hinges on the election of a House speaker. After three unsuccessful votes Tuesday, Rep. Kevin McCarthy (R-Calif.) is refusing to drop out as the GOP’s main contender.

The rules package is, itself, largely a product of McCarthy’s myriad concessions to his conference’s conservative flank. It’s not clear how the document would change if McCarthy is either forced to step aside or finds he can win the job by further revising it.

As it stands now, however, here are some highlights worth noting.

This land is my land

The House GOP plans to reinstate a policy first adopted as part of the 2015 rules package designed to make it easier to transfer and convey federal land to states.

While the Congressional Budget Office does, and will continue to, “score” federal land conveyance bills by estimating the loss of revenue from activities like drilling, logging and grazing, lawmakers going forward in this Congress would be permitted to effectively ignore such cost estimates.

This rules change is favored by conservatives from Western states who feel the federal government has too great a footprint in their communities and want to privatize more land.

It’s abhorred by many Democrats and conservation advocates who fear it would open the door to fewer protections of sacred and vulnerable public spaces.

Republicans said they would do away with the Select Committee on the Climate Crisis when they retook control of the House this year. The rules package makes its elimination official.

Instead, the GOP will institute two new special panels: a Select Committee on the Strategic Competition Between the United States and the Chinese Communist Party and a Select Subcommittee on the Weaponization of the Federal Government.

With the former, Republicans could seek to bolster longstanding arguments that placing limits on U.S. energy production fosters an over-reliance on Chinese products. With the latter, the GOP could go after any realm of activities inside EPA and the departments of Interior and Energy.

Republicans expect to reinstate a rule that was last instituted in 2017, which would allow members to offer amendments to spending bills that would reduce the salaries of, or even fire, specific federal employees. Lawmakers could also propose slashing specific government programs under this policy, known as the Holman Rule.

For the Republicans who complained about allocations in the massive fiscal 2023 omnibus spending bill to fund “woke climate science” and the like, this would be a chance to target those priorities.

Of course, with Democrats still in control of the Senate and the White House, these efforts would be destined for failure.

In the pandemic era, House Democrats allowed committee business to proceed remotely, even allowing witnesses to patch in by video conference to deliver testimony and answer member questions.

Many Democrats said they hoped this policy would extend beyond the public health emergency. They noted it was helpful in diversifying the witness pool, particularly when it came to hearings on environmental policy, where invited experts tend to be overwhelmingly white (E&E Daily, Sept. 17, 2021).

Republicans are eager to return the House to pre-pandemic normalcy and are now opting to place new limitations on remote activities when it comes to committee functions, such as making all members appear in person to debate and vote on legislation and amendments.

The GOP rules package would, however, continue to allow witnesses to appear remotely at committee proceedings — as long as those witnesses are appearing in “a non-governmental capacity.”

That means department heads and agency officials would have to trek up to Capitol Hill to answer to lawmakers directly rather than from the safety of a screen.

The ban on proxy voting also extends to the House floor.

In addition to creating new committees, the House Republican rules package would rename existing ones.