Things to watch in the omnibus spending bill 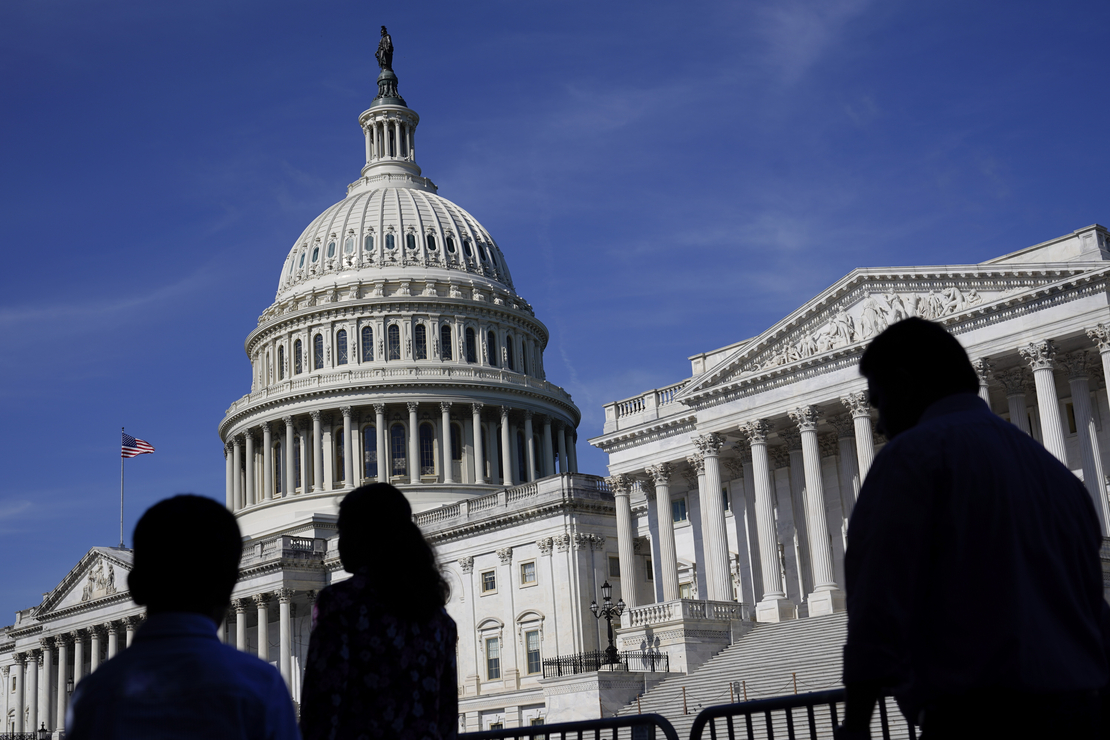 Congress is planning on leaving Washington for the holidays this week after a productive lame-duck session, especially if lawmakers can follow through approving a fiscal 2023 spending package.

Text of an omnibus could emerge as soon as Monday, particularly because Senate Republicans have said they will not work on negotiating full-year spending beyond this week. If talks break down, the GOP would then demand another stopgap into next year.

Even though Democrats have been celebrating passage of the infrastructure bill and the Inflation Reduction Act, an omnibus this week would fulfill more priorities before Republicans retake the House.

Negotiations have been ongoing over the funding mechanism for the “Recovering America’s Wildlife Act,” a bill that would provide money to states, territories and tribes for conserving, restoring and protecting local wildlife and habitat.

Original proposals in the House and Senate — H.R. 2773 and S. 2372 — called for authorizing nearly $13 billion over 10 years, but disagreements about how to pay for the bill could end up lowering the overall price tag and shortening the length of the program.

That is, if negotiators are able to agree on a pay-for at all.

A bipartisan group of senators have taken over talks on how to reconcile differences surrounding the agreed-upon offset: a new application of the wash sale rule to certain digital assets and commodities.

Lawmakers are squabbling over what specific assets and commodities should be included in this overall category. They need to reach an agreement in order for “RAWA” to be included in the omnibus.

A failure to find consensus would be a devastating blow for the bipartisan, bicameral legislation that supporters say would represent one of the biggest conservation victories in a generation.

Separately, many lawmakers are hopeful to reach a deal on a lands package to include in the omnibus. It would be a collection of noncontroversial bills that have passed out of either the House Natural Resources Committee or the Senate Committee on Energy and Natural Resources.

People familiar with negotiations, granted anonymity to share details of private discussions, said they expect an agreement to be reached in time for the spending measure’s release.

They cautioned, however, that it has been difficult to engage with House Republicans who don’t want to negotiate on any appropriations bill before they regain control of the House majority in January.

The lands bills making the final cut would improve access and conditions at national parks and address boundary adjustments, historic designations and renamings.

The package likely would not, people said, include more controversial proposals like one from Sen. Steve Daines (R-Mont.) — S. 2561 — that would free the Forest Service of a court-imposed requirement to consult with the Fish and Wildlife Service on certain forest management plans when new potential risks to endangered species arise.

Over the summer, the House passed a minibus spending bill that included $16.6 billion for Interior Department programs for fiscal year 2023. The Senate released, but never voted on, their own Interior appropriations bill, a slightly slimmer, $16 billion measure.

Negotiators are likely to agree on investing in wildfire prevention and mitigation funding, a shared priority among members of both parties. The House bill’s fire management budget included $321.4 million for the removal of hazardous fuels such as dead trees from national forests, as the agency tries to chip away at a backlog of such projects that officials say will take years to seriously reduce.

The Senate Appropriations Committee proposed $4.4 billion for wildfire suppression, including a $450 million emergency supplemental that lawmakers said makes up for an underestimate of actual suppression costs over the past four years.

Outstanding is whether there will be a significant investment in the Civilian Climate Corps, the green jobs training and placement program that fell to the wayside in the final version of the budget reconciliation measure. Democrats are hugely supportive of the initiative while Republicans have spurned it as a waste of money that will discourage private-sector hiring.

Some lawmakers are also lobbying for more money for the Land and Water Conservation Fund — an additional $450 million — on top of the $900 million that was fully and permanently reauthorized as part of the Great American Outdoors Act in 2020.

The advocates for increased funding argue the $900 million figure is an outdated sum that does not account for inflation as the demand for LWCF dollars exceeds expectations.

Lawmakers made lofty promises the past two years when they passed a handful of bills that reauthorized and revamped the Department of Energy’s research and development programs.

Those measures updated agency goals and mandates, and authorized dramatic spending increases for a host of technologies, including fusion, energy storage, direct air capture and advanced nuclear, among others.

The CHIPS and Science Act included the first ever reauthorization of DOE’s Office of Science. Congress approved $50 billion over five years for the bureau, which oversees the national labs.

Because the authorizing legislation did not actually approve any funding, this week’s omnibus will show whether lawmakers are willing to follow through with their stated goals for energy and technology.

DOE research has attracted bipartisan support, as lawmakers from both parties have poured record money over the past two administrations. But Republicans, in a quest to control spending, have also noted agencies are flush with cash because of the infrastructure bill and the Inflation Reduction Act.

Democrats counter that funding the CHIPS and Science law is a big reason to go through with the omnibus as opposed to another continuing resolution.

“We fought so hard for the CHIPS and Science Act, we have to fund it,” Majority Leader Chuck Schumer (D-N.Y.) said last week. “A CR will not fund these bills, but an omnibus agreement will.”

This week’s package is perhaps the Democrats’ last chance to boost EPA for years to come, before Republicans take control of the House and propose deep cuts to the agency’s spending and rulemaking.

Congress approved around $9.5 billion for EPA for fiscal 2022, a roughly $300 million increase. And President Joe Biden requested nearly $11.9 billion for the agency in fiscal 2023. But that’s a sum Democrats will be unlikely to match despite controlling both houses of Congress before it adjourns this year.

Biden’s ambitious budget proposal was meant to build out EPA’s core, hiring staff and reinforcing programs, after the agency was depleted during the Trump administration. Hundreds of employees left EPA then, many frustrated with rollbacks of environmental protections and proposed budget cuts.

Even if Biden’s vision never materializes, EPA has seen historic funding during his administration. The agency will receive more than $100 billion in the coming years from the bipartisan infrastructure law and the Inflation Reduction Act to fight climate change and champion environmental justice. Congress this week could fund new workers to support that work.

Administrator Michael Regan has also reworked EPA to stand up a new national program office for environmental justice. How the new office is treated in the omnibus package, its first spending bill since it was created earlier this year, will be of interest, too.

The omnibus represents Democrats’ best chance to pump billions of dollars into international climate aid before Republicans take back the House in January.

Democrats have long sought to secure dedicated funding for the United Nations Green Climate Fund in appropriations bills, only to be foiled annually by Republican opposition.

They included $1.6 billion for the fund — which helps pay for clean energy and climate adaptation in developing countries — in the House State Department spending bill for fiscal 2023. They also made an unsuccessful bid to get money for the U.N. program into the CHIPS and Science Act this year.

The latest saga in the dispute comes on the heels of United Nations climate talks in Egypt, where the United States and other wealthy nations agreed to create a fund for loss and damages from climate change in the developing world.

The details of that agreement will be hammered out over the coming year. But Democrats are hoping the omnibus will go a long way toward fulfilling the nation’s existing climate finance pledges.