Think small: Are ‘bugs’ a solution to plastic pollution? 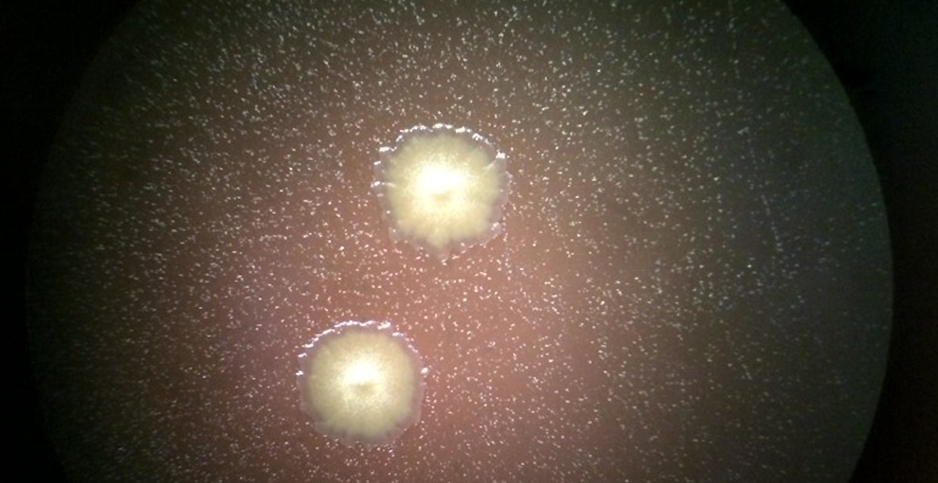 Bacteria, fungi, even moths: Researchers are looking to tiny living beings to help tackle the global problem of plastic pollution.

"It is possible for there to be a biological solution to plastic waste. We’re not there yet, but there is more work to be done," said James Hallinan, a synthetic biologist at Cambridge Consultants in London.

Cambridge, a research and development firm, has been investigating the potential of novel enzymes to reduce plastic waste.

"Bugs are going to be one of the ways we can deal with plastic pollution," said Hallinan, who leads business development for the firm’s bioinnovation arm.

Researchers in 2016 discovered a species of bacteria living in a plastics landfill in Japan that was capable of breaking down PET, or polyethylene terephthalate — a plastic commonly used for food and beverage containers like water bottles.

Its discovery inspired Cambridge, partnering with Hitachi Ltd., to look into how to use synthetic biology — the design of new biological entities — to fight plastic waste.

Hallinan said that in the future, scientists will use genetic engineering to improve the bacteria’s ability to degrade different types of plastic, do it more efficiently and possibly do it in a marine environment.

Researchers at the Helmholtz Centre for Environmental Research-UF in Germany studied a different strain of bacteria that could be used to degrade a different type of plastic.

Their study found that Pseudomonas putida can degrade a polymer of polyurethane, a type of plastic commonly used as foam and insulation in furnishings, carpet and athletic shoes.

"Pseudomonas bacteria is very, very well known for degrading a lot of things," said Hermann Heipieper, a member of the research team. The species these researchers are looking at is non-pathogenic, he said, meaning it doesn’t cause disease.

The researchers isolated the Pseudomonas putida from soil at a dump site where plastic was thrown out.

Heipieper said the bacterial strain can adapt quickly to changing environments and is easy to cultivate.

The bacteria can degrade most compounds within hours — but not polyurethane.

"This kind of plastic material is much more resistant to degradation. So it is degrading this compound within days, not hours," Heipieper explained.

He’s hoping scientists will develop a faster process. If they could grow the bacteria and then put it in a landfill to degrade the plastic there, that’s "the future music," he said.

But billions of tons of plastic is already in landfills, so bacteria alone won’t be enough.

"We are talking about 150 [million] to 200 million tons of plastic waste all over the globe coming every year. We have 8 [million] to 10 million tons of plastic ending up in the ocean," he said. "That kind of global problem will surely not be solved by enzymes or bacteria or microorganisms that we release into the environment, that’s for sure not."

But this kind of research could be helpful for developing government policy, he said.

Heipieper said microbiologists could determine which plastics are easiest to degrade, then governments could start permitting only the more sustainable kinds.

"Please change the structure beforehand and don’t wait for recycling solutions in this way," he said.

In Greece, researchers in 2015 identified a type of fungus that can break down the synthetic polymers of PET.

It’s a cutinase, or a kind of enzyme, from Fusarium oxysporum, said Evangelos Topakas, a member of the research team and an associate professor at the National Technical University of Athens. It breaks down objects’ waxy exterior.

The research team created models made out of PET, then added the fungi and watched the subsequent degradation. It found that "this enzyme can do the work, but it is not an easy task," Topakas said.

In theory, the enzyme could be placed in landfills, but Topakas said it would take ages to break down all the plastic.

"You need to pre-treat the plastic to make it vulnerable to enzymatic, microbial or biological attack," Topakas said. "You need to spend an enormous amount of energy to treat it."

He said the plastic must first be chopped into a powder for the enzymes to work on it. According to the models, the enzymes can break down a small amount of pretreated plastic in 10 hours. But the researchers have a lot of work ahead before the process can be taken out of the lab.

They’re now looking for sustainable and energy-efficient ways to treat the plastic.

Topakas said laboratories are also looking at how to break down PET plastic into its building blocks, then feed the material to microbes to make biodegradable plastic.

"The idea is to take an enormous amount of plastic waste that is accumulating on planet Earth and break it down … and make other kinds of material. This is called upcycling," Topakas said.

He added, "We have a long road, and there’s a lot of things to do."

Scientists at the Spanish National Research Council (CSIC) and the University of Cambridge collaborated on a 2017 study on caterpillars capable of eating polyethylene shopping bags.

CSIC researcher Federica Bertocchini, who keeps bees, discovered the waxworm larvae of Galleria mellonella, or the greater wax moth, in her hives. After she collected the larvae and placed them in plastic bags, she discovered one bag was full of holes.

"She, as a good scientist, made the exciting leap from the observation to a very interesting scientific understanding," said Christopher Howe, a professor at Cambridge and a member of the research team.

Fellow Cambridge researcher Paolo Bombelli confirmed that the polymer was disappearing within hours but said it was unclear how the degradation was happening.

"The big question mark is, is it chemical degradation or mechanical?" Bombelli said. "Those little creatures do have teeth."

In the larva’s gut, plastic is broken down chemically by an enzyme or combination of enzymes.

"We don’t know if those are enzymes that are produced by the larvae themselves or possibly enzymes from the bacteria in the gut of the larvae," Howe said.

If those enzymes are being produced by the gut bacteria, Howe said, it could be possible to use them to develop an industrial process to break down plastic in a contained environment.

"Probably what you would do is isolate the genes for the enzymes, put those into a bacterium using genetic techniques and then use that bacterium as part of a large-scale industrial process."

It would be better to use the bacteria themselves rather than breed huge numbers of larvae to combat plastic pollution, he said.

Bombelli said scientists must be careful when creating a genetically modified organism.

"Is it acceptable to spread tons of [GMOs] on a landfill? Maybe yes or maybe no," Bombelli said.

Both say their study with Bertocchini is just a starting point.

And anyway, Howe said, the "biggest step that one can make in the short term to deal with the problem of plastics pollution is just using less of the stuff in the first place."