This cap-and-trade plan would let Ore. towns opt out 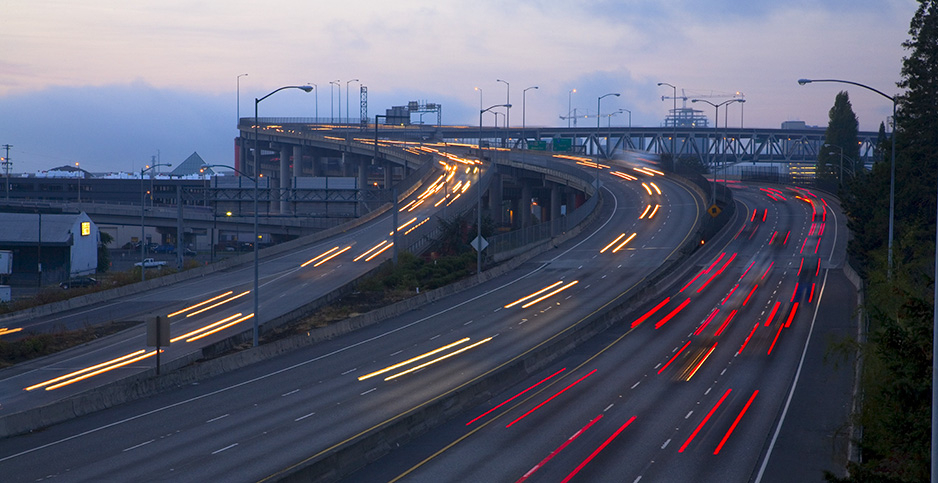 Cap-and-trade advocates in Oregon have settled on a novel approach for advancing the controversial policy — if you can’t beat ’em, leave ’em alone.

A new proposal for a cap-and-trade system in the state would allow rural communities to opt out of the state’s carbon price on transportation fuels.

Cities wouldn’t have that choice. A carbon price would be phased in across the state’s urban areas: first with the Portland-area in 2022 and in smaller cities beginning in 2025.

The plan, unveiled in a legislative hearing this week, represents an attempt to solve Oregon’s climate riddle.

Transportation emissions represent the largest source of greenhouse gas pollution in the state. But a proposal last year to implement an economywide cap-and-trade program prompted a political revolt in Salem, the state capital.

Republicans, who largely represent rural Oregon, feared it would cause a spike in gas prices. They fled the state and went into hiding in an attempt to deny a vote on the bill. Democrats hold a supermajority in both chambers but later pulled the legislation after acknowledging they did not have the votes to pass it in the state Senate.

Proponents of this year’s plan note it would cover more than 80% of diesel and gasoline sales in the state. And they point out it contains a carrot to get rural communities on board. While participation in the cap-and-trade scheme would be voluntary for small municipalities, most of the revenue generated by the program would be directed to participating communities.

"The goal was to get a bill that can pass this session," state Sen. Michael Dembrow, a Portland Democrat and leading climate hawk, told Oregon Public Broadcasting. "That’s the priority."

The measure faces a steep climb.

Environmentalists said it gives away too much to industry but noted they could support the bill with some changes. Industry opponents, meanwhile, were largely unmoved by the compromise. Fuel distributors worried it would create a patchwork of regulation. The state’s pulp and paper mills, another powerful political constituency, said it failed to address their underlying concerns.

All the political maneuvering poses another risk. Oregon has premised its cap-and-trade proposals on the idea it would join California’s program. But that may not be possible if the state bifurcates its emissions rules on transportation fuels.

The Golden State requires that states participating in its program employ standards at least as rigorous as its own. It also expects participating states to be able to enforce the system’s rules. Whether Oregon would meet those thresholds under the most recent plan is unclear, said Alex Jackson, an attorney for the Natural Resources Defense Council’s climate and clean energy program.

"There are no bright lines, but it is difficult to make that argument given that there would be differential treatment within the Oregon transportation market," he said.

Greens said they could support the bill if the cap could be expanded to include nearly all of the state’s transportation emissions. They also expressed concern about restricting funding to rural communities — saying it would exacerbate their reliance on fossil fuels.

"You are perpetuating that problem rather than solutions," said Meredith Connolly, Oregon director for Climate Solutions.

California’s experience shows its investments in clean transportation alternatives ultimately had the greatest impact, she said, adding, "Our preference would be for everyone to come under the cap as quickly as possible."

Meeting those goals has proven a challenge, due largely to a steady increase in emissions from the transportation sector. In 2017, the most recent year of state data, transportation accounted for 40% of Oregon’s greenhouse gas emissions.

A coalition of transportation interests argued the legislation does too little to provide incentives for cleaner alternatives while subjecting motorists to higher costs.

"LC 19 is an extremely significant piece of legislation which, if passed into law, would have a major impact to Oregon’s transportation system that would ripple through the economy as a result of dramatically increased fuel prices," AAA Oregon, the Oregon Trucking Associations Inc. and three other organizations wrote in a joint filing to legislators.

Pulp and paper interests, for their part, were unmoved by a compromise offered to the industry. The proposal would grant rebates to large natural gas users like paper mills to cover the cost of carbon allowances on their gas consumption through 2030.

Greens argued that the approach discourages innovation and energy efficiency, defeating the wider purpose of cap and trade.

The pulp and paper sector doesn’t like it either. The lead trade association said those rebates could begin declining as soon as 2024, when the plan would require large gas consumers to conduct an energy audit in exchange for the rebate.

Paying a carbon price would leave paper mills in Oregon at a disadvantage to their competitors in the southeastern United States and in Asia, said Chris McCabe, a lobbyist for the Northwest Pulp & Paper Association.

Cap and trade would push production elsewhere while increasing emissions, he said, noting that Oregon’s large supply of hydropower means its paper mills emit less than their counterparts elsewhere.

"It’s safe to say we’ve got some very serious and significant concerns with the bill that was introduced in committee yesterday," he said.

The key test will be whether the plan passes muster with a handful of moderate Senate Democrats. The political negotiations are complicated by the legislative calendar. Oregon lawmakers will only meet for 35 days this year. Even if Democrats succeed in reaching agreement among themselves, Republicans could walk out again, denying the Senate a quorum to vote on the bill.

Environmentalists nevertheless expressed hope the bill could be strengthened and passed. A pair of ballot measures aimed at greening the state’s economy may push critics to the negotiating table. Gov. Kate Brown (D) has also said she would take executive action if legislation breaks down, they noted.

"Oregon has this reputation for being progressive and being environmental, but our Legislature hasn’t passed a major climate protection bill in four years," said Brad Reed, a spokesman for Renew Oregon, a coalition of businesses and environmental groups that back the legislation. "There is tremendous demand from people to see it happen. So we’ll continue to fight for it."