This energy expert was on Perry’s list for Ukraine 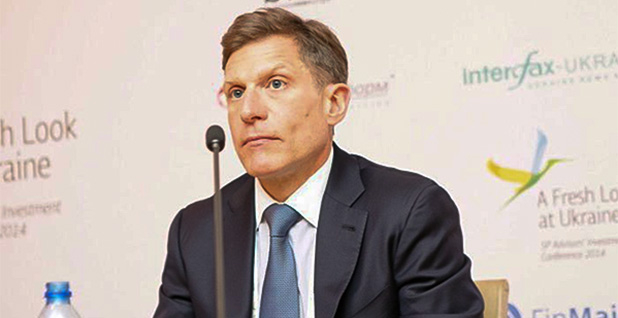 Robert Bensh was among the shortlist of energy experts that Rick Perry, the Energy secretary, submitted to Ukraine President Volodymyr Zelenskiy as potential advisers to Naftogaz, the state-run fossil fuel company.

Bensh, who lives in Houston, has worked in Ukraine off and on for about two decades, investing in energy companies and running others. Congressional impeachment investigators have raised questions about Perry’s efforts to shape Naftogaz after evidence emerged suggesting the Energy secretary sought to expand the company’s board with American associates. Perry denies it, and Bensh said he has barely communicated with him.

"I would love to brag that he and I are pals and that he calls me every Saturday to talk about nuclear and wind and the upstream market," Bensh said in an interview.

People have joked that he should make T-shirts that read "The Other Texan," Bensh said, referring to his relative anonymity in the impeachment inquiry. Another energy executive from Perry’s home state, Michael Bleyzer, has gotten more media attention for appearing on Perry’s list of names.

Bleyzer is a longtime Perry donor and received a lucrative contract in Ukraine not long after Perry submitted his name to Zelenskiy’s administration, the Associated Press has reported.

Bensh said he has been active in Ukraine’s energy sector for decades and doesn’t know Perry personally. He said Perry reached out to him for advice at the recommendation of a friend in Texas.

It didn’t go well the first time they talked. He said he received a call from an unknown number as he was driving; his young child was having a tantrum in the back seat.

"I said, ‘Who is this?’ and he said, ‘Hey, it’s Rick Perry,’ and I said, ‘Oh, my God, Secretary Perry, I’m really sorry, I can’t talk to you, my kid is having a total meltdown,’ and he said, ‘No problem, I just wanted to talk to you about Ukraine; if you ever get the chance, let me know,’" Bensh recalled.

When they finally met for a meeting at the George Bush Intercontinental Airport in Houston, Bensh said, he was impressed by Perry’s knowledge of Ukrainian energy policy. He said they mostly talked about pipeline issues, pushing back on Russian pressure and how to encourage private energy investment in Ukraine. There was little discussion of liquefied natural gas imports, he said.

Bensh said it’s appropriate for Perry to put his name on the list because he knows the region. "It wasn’t because I gave that guy money or said nice things about him," he said.

Bensh said he tried running an energy company in Ukraine in the early 2000s but eventually gave up because corruption in the sector made it difficult to conduct business. He reentered the market in recent years as reforms took hold.

"My knowledge and relationship in Ukraine is far deeper than Rick Perry with regard to the Ukrainians," he said. "I have friends who are working for Zelenskiy, and I was advising both [of them] on energy issues."

Bensh worked as an aide to Energy Minister Yuriy Boyko in the administration of former Ukrainian President Viktor Yanukovych. In 2014, Yanukovych was ousted during a popular uprising because of his close ties to Russia and because of endemic corruption. Last year, Boyko ran unsuccessfully against Zelenskiy as a pro-Russian candidate. Bensh said he did not agree with Boyko’s politics but said Boyko treated him well during his time as an unpaid aide. Bensh said he interviewed for the job of Ukraine energy minister five or six years ago.

Bensh said he has equity in two energy businesses operating in Ukraine. He is the managing partner of Pelicourt, a private equity firm. Pelicourt is the largest shareholder of Cub Energy, which owns natural gas fields in Ukraine and is developing some of them for hydraulic fracturing as the country tries to build out domestic production. He also has interests in Donbasenergo, an energy production company.

It’s unclear whether Bensh will be pulled into the impeachment inquiry.

Democrats have asked Perry for documents related to his effort to reshape the board at Naftogaz. Perry has refused. The impeachment inquiry revealed that Perry was part of the "three amigos," a group of U.S. officials who worked on Ukraine foreign policy at the behest of President Trump. The other participants are Gordon Sondland, U.S. ambassador to the European Union, and Kurt Volker, the State Department’s former special envoy to Ukraine.

Perry has said he was recommending energy experts for the board of Naftogaz at Zelenskiy’s request. However, text messages between Volker and acting Ukrainian Ambassador Bill Taylor show Perry wanted to install "2 senior US energy industry people on an expanded board." One of those is presumably Bensh. The texts came to light during the impeachment inquiry.

The list submitted by Perry also included Daniel Yergin, the Pulitzer Prize-winning energy expert, and former Ukraine Ambassador Carlos Pascual. Neither Yergin nor Pascual was contacted by the Ukrainian government. The supervisory board of Naftogaz is chosen by the Cabinet of the Ukrainian president with consultation provided by the United States and Europe, as well as institutions such as the International Monetary Fund.

If Bensh is required to testify before Congress, he may have to answer some tough questions about his past. The Associated Press has reported that Bensh falsely claimed to be a member of elite military units including the Army Rangers, Special Forces and Delta Force. He served in the National Guard.

Bensh said his friends are surprised he supports Trump. He also donated to Beto O’Rourke’s presidential campaign and has criticized some of Trump’s policies on his Twitter account.

Bensh said he talks frequently with friends in Ukraine, some of whom are in Zelenskiy’s administration. But energy issues have taken a back seat to political discussions.

"It’s all non-energy-related at the moment," he said. "Right now everything is impeachment involved."