This environmentalist is shaping the GOP’s climate narrative 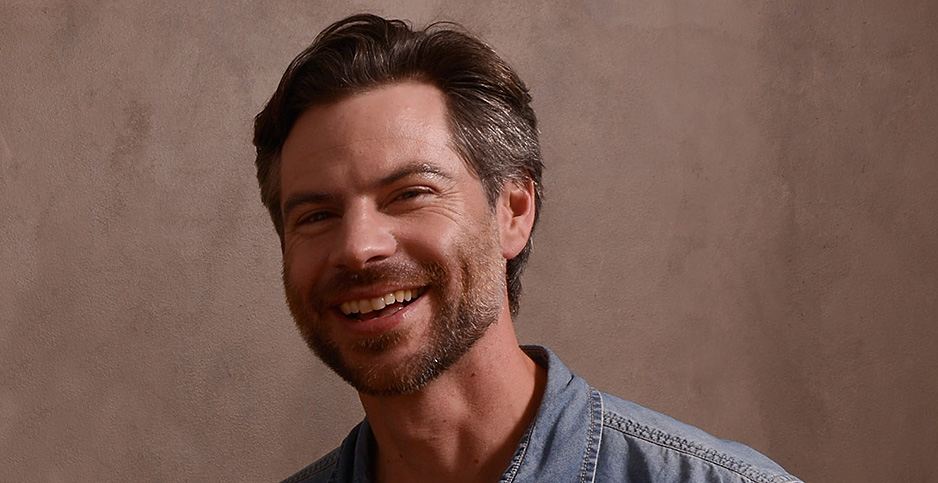 Republicans have a new ally to help deliver their global warming message. He’s an environmentalist who likes to apologize for the "climate scare."

He’s a pro-nuclear, pro-fracking former Democratic gubernatorial candidate from California who says he has seen the truth about climate change. A former Time magazine "Hero of the Environment," he argues that nuclear energy and natural gas are the path to an improved future — and that renewables will lead to more ecological devastation.

If a story about a redeemed activist who regrets his role in "climate alarmism" seems straight out of Fox News, it’s because it is. The network has repeatedly booked Shellenberger to air his views.

Yet he differs from the energy lobbyists and climate denialists who have contributed to far-right Republican climate politics for years. He has never rejected the scientific underpinnings of climate change.

In that way, he echoes the emerging Republican position that acknowledges the presence of a warming world without committing to reducing fossil fuels.

"The fact that he is not just left of center, but far left of center, that he came from the same pedigree as many of our Democratic colleagues, is why [Democrats] hate him so much," said a Republican Hill staffer on the House Select Committee on the Climate Crisis.

Last year, Shellenberger wrote a book titled "Apocalypse Never: Why Environmental Alarmism Hurts Us All," which downplays the risks of climate change and points at environmentalists as a growing risk to society.

Republicans have eagerly embraced him as a recovered climate acolyte.

Shellenberger said in an interview with E&E News that his views should not be reduced to his most bombastic comments, which can at times be seen scrolling across a Fox News chyron.

"You may want to go and find something that I know that a lot of progressives are butt-hurt about, a lot of climate alarmists are butt-hurt about," he said. "That would be cherry-picking one particular thing in my nearly 20 years of writing on this topic and trying to suggest that it stands for the whole."

Shellenberger’s rise among conservative media and lawmakers comes as some Republicans try to soften their image on climate. Last month, a group of Republicans introduced a package of bills that would increase tree planting and investments in carbon capture and would ramp up domestic production of critical minerals.

The legislative package recognizes the reality of human-caused global warming but does not restrain the use of fossil fuels, the dominant driver of rising temperatures. More legislative efforts are expected to be released as the party heads toward midterm elections next year that will, in part, feature suburban swing districts where climate change is a concern for voters.

That’s where Shellenberger’s message might make a difference. He has never denied the reality of climate science and has previously worked with Democrats on climate policy.

It makes him a measured messenger compared to the outright denial that flourished under President Trump.

Shellenberger has testified in congressional hearings six times since January 2020, often at the invitation of Republican committee members. (Shellenberger claimed he was invited by both parties because the official invitation he received was signed by the Democratic committee chair as well as the ranking Republican.)

House Minority Leader Kevin McCarthy (R-Calif.) has cited Shellenberger’s work as informing the party’s climate policy. Last month, Shellenberger was invited to speak at a Republican retreat in Florida, where he told lawmakers that renewables would increase energy prices and lead to more blackouts.

The party is embracing Shellenberger with glowing testimonials from lawmakers, media figures and climate denial groups.

Sen. Ted Cruz (R-Texas), who has held congressional hearings to attack climate science, promoted Shellenberger’s book on Twitter and said it was "worth reading." Climate misinformation groups, including the CO2 Coalition and the Committee for a Constructive Tomorrow, also praised the book. Breitbart News trumpeted the reformation of a "climate alarmist," and the Daily Caller regularly touts Shellenberger’s public claims with headlines such as "Here’s How Renewable Energy Actually Hurts the Environment."

Outside of that, Shellenberger has credited climate denial groups such as the Heartland Institute, which has spent years pushing climate disinformation on the public, for telling the "truth."

"Thank you, guys, for sounding the alarm on these issues for longer than I have, and I’m sorry it took me so long to basically get into a position where I could tell the truth," Shellenberger said on a Heartland Institute podcast last year.

Shellenberger said he appears on conservative outlets because progressive media figures won’t engage with his ideas for fear of upsetting their audience.

Shellenberger disputed the notion that his message has special appeal to Republicans. He claimed that the Biden administration is doing more to boost nuclear energy because of his work. He said he has a track record of working with politicians from both parties and that he has spoken at Democratic retreats, though that occurred before he started apologizing for the climate movement.

But his arguments fit into the Republican orthodoxy on climate change — with one difference. He’s not a Republican.

The idea of climate converts, whether they are following the science or distorting it, has long been an irresistible political narrative in Washington. Just as Republicans are embracing Shellenberger now, Democrats have touted scientists, politicians and climate skeptics who pushed past partisan blinders and publicly admitted they were wrong.

Richard Muller is one of the most pronounced converts. A physics professor at the University of California, Berkeley, who had long been skeptical of global warming research, he was invited to testify at a climate hearing by Democrats after he published an essay in The New York Times in which he declared himself a "converted skeptic."

Then there’s Jerry Taylor, who sowed doubt about climate science for years at the conservative Cato Institute, before launching the Niskanen Center to promote carbon taxes.

Shellenberger’s conversion is less distinct. He has long been a critic of environmental groups for what he claims is their unwarranted assault on nuclear power as a carbon-free fuel source.

He delights in Twitter takedowns of those who question his motives. Shellenberger has billed himself as an expert reviewer of the assessment report from the Intergovernmental Panel on Climate Change. The position is open to anyone who signs up.

He claimed that Biden’s plan to support nuclear energy was influenced by his years of work on the issue. He said climate envoy John Kerry contacted him to arrange an hourlong meeting last summer after reading his book. They talked about climate change, nuclear energy and renewables, Shellenberger said.

"I just had a bestselling book on this translated into a few languages where it makes the case for saving existing nuclear plants. My TED talks have been viewed like 6 million times on this issue, but you’re saying I didn’t have anything to do on this issue," he said, suggesting that Biden adopted some of his views.

Shellenberger’s op-eds and right-wing media appearances are littered with cherry-picked statistics and bold claims that don’t all stand up to scrutiny, according to climate scientists, including one of his own advisers.

In an op-ed for The Australian headlined "On Behalf of Environmentalists, I Apologize for the Climate Scare," Shellenberger claims, "Climate change is not making natural disasters worse."

Emanuel said he has tried unsuccessfully to persuade Shellenberger to follow the science.

"I think that he uses misleading facts to try to downplay the climate risks," Emanuel said in an interview.

He noticed that Shellenberger changed his rhetoric on climate around the time his book was published. He said Shellenberger needs to do "more homework" on climate risks. Instead of focusing on the low probability of minimal future impacts, he should look at the risks of more severe consequences, Emanuel said.

"Something did happen to him about the time he published the book or before that, that he never used to complain about risk estimates associated with climate change. Something changed," Emanuel said.

Shellenberger dismissed the criticism — and then leveled his own.

"Kerry [Emanuel] makes a significant amount of money hyping climate risk. I’ve told him I thought that was a conflict of interest. When you look at the science, the science says what the science says," said Shellenberger, who has a master’s degree in anthropology and worked in public relations for years.

As a Californian, Shellenberger has also diminished the effects of rising temperatures on wildfires.

"California’s forest fires were due to the buildup of wood fuel after decades of fire suppression," Shellenberger wrote in a New York Post opinion piece last year with the headline "Climate change hysteria costs lives — but activists want to keep panic alive."

Like other Shellenberger claims, saying that forest management played a role in the fires is not technically wrong, but it’s misleading by omission, according to scientists.

"In California, observed warming and drying more than doubled the occurrence of extreme fire weather conditions between 1979 and 2018 — a trend that is attributable to human-caused climate change," wrote Daniel Swain, a climate scientist at UCLA, in a review of a Shellenberger article for Climate Feedback, a group of scientists that reviews articles for accuracy.

In his congressional testimony, Shellenberger has touched on many of the same things, oftentimes to receptive Republican audiences.

Democrats, meanwhile, have treated him as a hostile witness. Rep. Jared Huffman (D-Calif.) said in a hearing last year that Shellenberger "has spent his career creating, publicizing and monetizing a totally fake narrative."

Still, Shellenberger insists his message is for everybody.

That effort to appear bipartisan — by insisting that climate change is real, but not real enough to prompt an existential crisis — might be as damaging, or more, as overt denial, some scientists say.

"That message really resonates with Republicans. People like Shellenberger provide cover for the continued policies that really ultimately will do nothing to address the real climate problem," said Peter Gleick, a climate and water scientist and president emeritus of the Pacific Institute.

Correction: An earlier headline identified Shellenberger as a Democrat. He ran for governor of California as a Democrat in 2018 but said he is no longer affiliated with the party.