This oil law was sold as climate friendly. It might not be 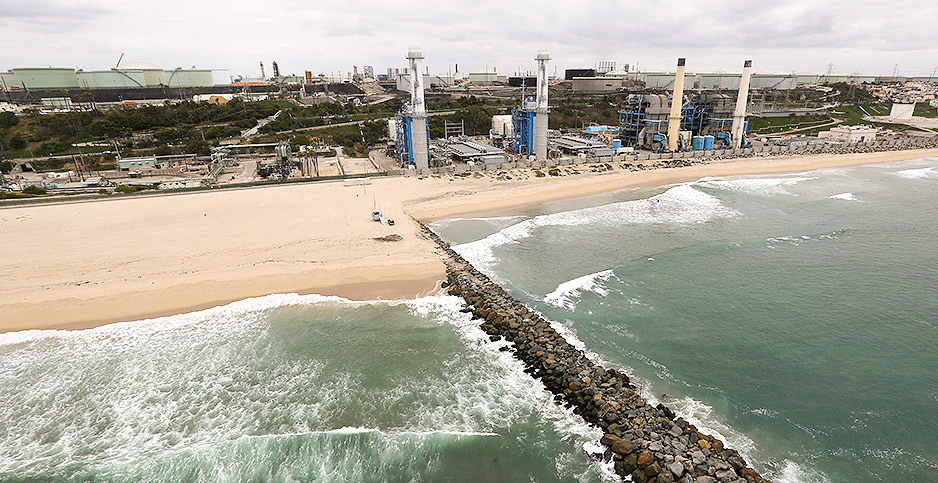 Congress can’t claim many achievements these days, but its 2015 decision to lift a ban on crude oil exports and extend tax incentives for wind and solar is reshaping energy markets.

U.S. crude shipments abroad are on the rise. A spike in gasoline prices predicted by critics of lifting the ban hasn’t materialized. And utilities are adding wind and solar to the grid at breakneck speed.

But if the legislation’s impact on energy markets is clear, its implications for climate change are less so. While wind and solar have helped green America’s grid, U.S. oil production is projected to reach record levels in 2018. American refineries are also sending ever-larger shipments of petroleum coke abroad. Petcoke, as the carbon material is commonly known, is a byproduct of heavy crudes refined in the United States. It is frequently blended with coal used in electricity generation.

"Our refineries are creating more CO2 in the developing world, but they are the ones who have to account for it," said Deborah Gordon, director of the energy and climate program at the Carnegie Endowment for International Peace. "You can clap your hands and say bravo to the U.S. power sector, but it doesn’t mean we can say this offsets that — even in our country."

The export ban and tax incentives, included as part of a 2015 spending package, represented a rare intersection of conservative and liberal priorities in Congress. Republicans overcame concerns about the impact of subsidies for wind and solar to lift a ban on crude exports they viewed as badly outdated. Democrats set aside worries over the climate impact of crude exports to solidify tax incentives for wind and solar. The largest disagreement at the time was whether lifting the ban would increase gasoline prices.

The bill has largely had the intended effect. U.S. crude shipments abroad totaled roughly 1 million barrels a day in April, up from almost 400,000 at the end of 2015. (The ban did not apply to Canada.) The growing export market has offered a bright spot for oil companies battered by yo-yoing crude prices.

Lifting the ban has also eroded the Organization of the Petroleum Exporting Countries’ ability to set crude prices, said Phil Flynn, a commodities analyst at the Price Futures Group.

Where major producers like Saudi Arabia once increased production or curtailed it to meet global demand, "now we look for market forces more to drive that situation," he said. "I think it’s a good thing."

Power companies, meanwhile, installed more solar than any other fuel source in 2016, according to the U.S. Energy Information Administration. Wind ranked third.

Tax incentives played a large role in both industries’ recent building booms. The extension of a 30 percent investment tax credit (ITC) for solar helped prompt a 148 percent increase in utility-scale solar installations, according to industry projections. The wind industry estimates there is 21 gigawatts of wind capacity in development today because of the revival of a production tax credit (PTC) of 2.3 cents per kilowatt-hour.

Both incentives will gradually decline, with the PTC phasing out in 2020 and the ITC falling to 10 percent for commercial- and utility-scale projects after 2021.

"The PTC and ITC have significantly changed the course of history for the utility industry, and play a large role in the transition to clean energy nationwide," said Xcel Energy Inc. CEO Ben Fowke.

The Minnesota-based utility was already adding wind prior to the extension of the PTC. But the addition of the tax incentives has seen Xcel quicken its pace. By 2021, the company expects wind will account for more of its power generation than any other fuel in Xcel’s eight-state service territory.

Lazard, a financial advisory and asset management firm, reckons the incentives have helped the wind and solar industries scale, driving down costs and making them competitive without subsidies in most markets today. That is why the bank thinks the incentives for wind and solar are unlikely to be extended when they expire.

In Washington, the measure’s success has offered its sponsors a rare opportunity to tout a bipartisan achievement. Sen. Lisa Murkowski, an Alaska Republican who helped broker the compromise, said she felt a "little bit redeemed" after seeing the legislation’s impact on global oil markets.

"We’ve seen the United States playing a very stabilizing role with regards to not only the production, but the price," she said.

The law’s success might be even more valuable to Sen. Heidi Heitkamp, a North Dakota Democrat who pushed the compromise and faces a tough re-election campaign in 2018. Heitkamp, in an interview, heralded the measure’s benefits to North Dakota’s sizable oil and wind industries.

As U.S. production surged, a price gap opened between the price of West Texas Intermediate, the American crude benchmark, and Brent, its European counterpart.

"We believed that was a result of that commodity locked in with no opportunity for exports," Heitkamp said.

The price differential between the two has narrowed since the ban was lifted and more pipelines have come online to ferry oil to domestic markets.

As for the wind industry, Heitkamp said, the biggest concern she hears from executives at General Electric Co.’s turbine manufacturing plant in Grand Forks, N.D., is whether they can produce enough blades to keep up with demand.

"This was a huge economic win-win for North Dakota energy," she said.

It is less clear if the law is a win for the climate, however.

A 2016 study by the National Renewable Energy Laboratory estimated that tax incentives for wind and solar could result in emissions reductions ranging from 540 million metric tons to 1,400 million metric tons of carbon between 2016 and 2030. But whether that is enough to offset emissions from other sectors of the economy is unclear. EIA estimates U.S. oil production will hit 9.9 million barrels a day in 2018, a record.

Rising petcoke exports also threaten the gains in the U.S. power sector, an unintended consequence of lifting the ban, said Gordon. In around 2010, U.S. refineries overhauled their facilities to process heavy crudes from Canada’s oil sands and the Gulf of Mexico. The advent of horizontal drilling and hydraulic fracturing unleashed a torrent of light, sweet crude from America’s shale plays. The result: The United States is a country that produces light, sweet crudes but imports heavier varieties to its refineries.

That in turn has helped spur the increase in American petcoke exports. U.S. exports of petcoke jumped 7 percent in 2016, rising from 196 million barrels to 210 million barrels, according to EIA figures. India was the top market for U.S. exports, followed by Japan, Turkey and Mexico. Petcoke today is one of the United States’ leading petroleum exports, behind diesel and liquefied petroleum gas like propane, and nearly equal with gasoline.

"We haven’t solved the problems of how to address leakage. We make these policies, and they sometimes promote leakage," Gordon said, referring to carbon emissions. "We could have better realized the better economic benefits and the environmental trade-offs rather than just reacting and letting it happen."