Thousands decry looser rules for bear hunting, but will it matter? 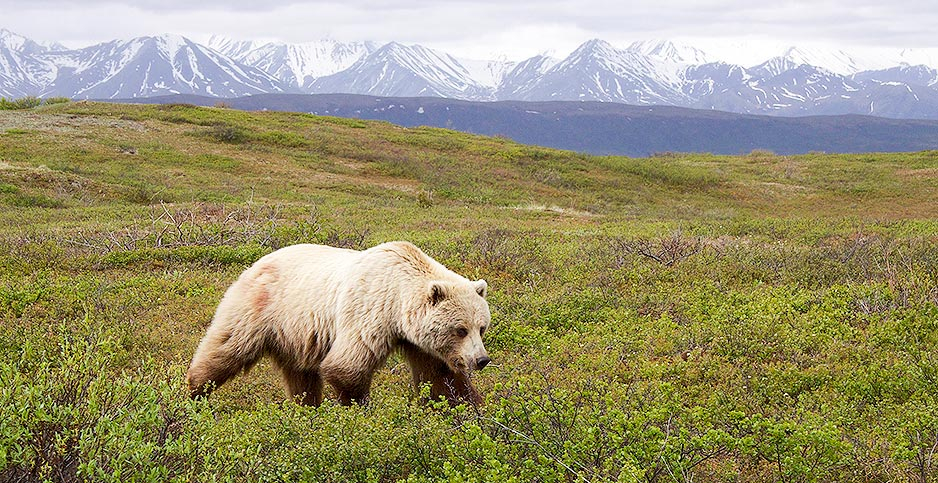 The Interior Department has really stirred the pot this time, with a new proposal to loosen bear-hunting restrictions in Alaska.

Since Interior’s National Park Service published the Alaska hunting proposal on May 22, some 7,560 public comments have flooded the agency, as of today’s official count. Hundreds of thousands more could follow by the time the comment period expires July 23.

The often-scalding words may not sway Interior’s final decision. The proposal is a regulatory maneuver, not a referendum where emails are tallied like votes. Many of the comments themselves amount to form letters or are a rehash of feelings rather than a marshalling of facts.

But when it comes to venting, putting officials on notice and shedding light on what matters to people, the public comments count. And so, if they didn’t already, Interior officials now know bear-hunting sentiments run hot.

"The proposed de-regulation of multiple methods of slaughtering bears and wolves by any means possible short of poison gas is abhorrent," one anonymous individual wrote two days ago. "I am appalled that it would even be brought up."

On Tuesday, NPS published in the Federal Register the proposal to lift restrictions imposed in 2015 on "certain sport hunting practices" on national preserves that are otherwise permitted by the state of Alaska.

Many other opinions have arrived without attribution, perhaps reducing their potential effectiveness while leaving the fervor intact.

"This is not a type of hunting, this is cruel and absolutely unnecessary with all of the food that we have available in today’s market," one anonymous commenter stated. "This is sadistic and by no means should [it] be allowed for any type of hunter that considers themselves a true ‘sports man.’"

The hubbub has even spread overseas, with one individual indicating he or she had "just heard on our British News" about the hunting proposal.

"Hopefully the Bears will win and make the USA a laughing stock for removing the ban," this individual added.

The vast majority of other comments to date voice similar sentiments, deploying words and phrases like "totally reprehensible," "murder," "shameful," "crap," "Satan" and "Good God, why?"

Much more could be on the way, adding the rollback of bear-hunting rules to the array of other Interior proposals that incited huge public outcry. The department’s review of possibly shrinking national monuments last year, for one, drew 2,839,046 public comments, according to an official count.

In time, supporters of the bear-hunting proposal are likely to mobilize, as well; often, politically seasoned organizations hold their fire until the end of a comment period. For now, members of Alaska’s all-GOP congressional delegation have taken the lead.

"Congress explicitly provided Alaska with the authority to manage its fish and wildlife in three separate laws," said Sen. Lisa Murkowski (R-Alaska). "This is clearly our right and our responsibility, and Alaskans take that very seriously. I thank the administration for recognizing this and working to properly align federal regulations."

The orders were designed to "expand access significantly for recreational hunting and fishing on public lands" and to direct federal officials to "work cooperatively with state wildlife agencies to ensure that hunting regulations for department lands and waters complement the regulations on the surrounding lands and waters."

In part, this means the feds may yield to state positions.

The National Park Service concluded in 2015, for instance, that using bear bait potentially endangered the public. At the time, officials noted that "bait stations tend to be located in accessible areas" and that "because of the accessibility of these areas, they are typically used by multiple user groups, which contributes to the public safety concerns."

The new proposal, though, would allow baiting.

"The state of Alaska’s position is that baiting does not cause bears to become food-conditioned, and therefore a greater safety concern," the Park Service now explains.

The agency says it will prepare an environmental assessment to determine whether the rule change will have any significant impacts on wildlife or other resources.