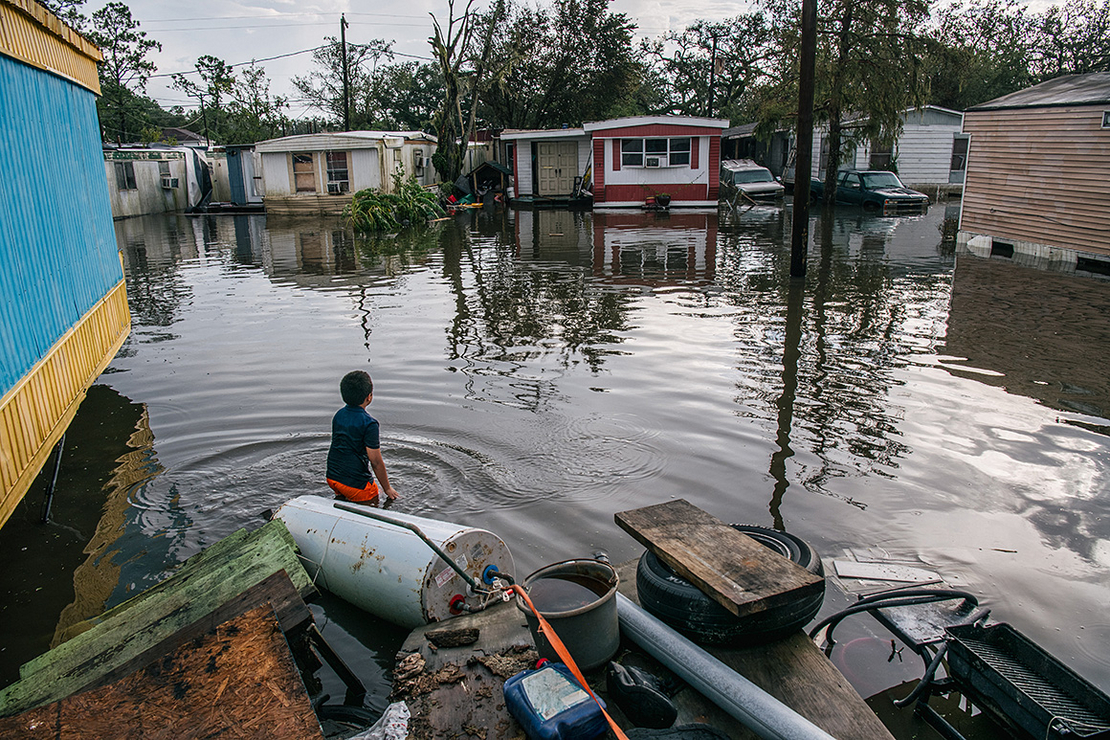 Junior Godoy, 8, stands in front of his grandfather's house in Barataria, La., after it was flooded during Hurricane Ida on Aug. 31, 2021. Brandon Bell/Getty Images

Tens of thousands of homeowners with federal mortgage insurance do not have proper flood insurance on their homes, exposing taxpayers to billions of dollars of increased liability, a new federal investigation says.

The report provides the first insight into whether homeowners with Federal Housing Administration mortgage insurance are complying with a requirement that they have federal flood insurance if their home is in a flood zone.

The answer is that a lot of the homeowners aren’t complying, according to the Department of Housing and Urban Development inspector general.

The FHA provides taxpayer-backed insurance to 8.2 million mortgages, and nearly 200,000 of the mortgages are on homes located in areas with a high flood risk. Those homeowners are required to have flood insurance through the federal government’s National Flood Insurance Program.

“As a result, the FHA insurance fund was potentially exposed to greater risk from at least $4.5 billion in loans that did not maintain adequate NFIP coverage,” the report found.

Homeowners without flood insurance are at risk of defaulting on their mortgages if their homes sustain major flood damage and an owner decides it’s less costly to stop mortgage payments than to pay for uninsured repairs.

The inspector general investigation is the latest report to warn of the FHA’s growing exposure to flood damage as climate change intensifies storms and causes sea levels to rise.

A HUD report in 2020 said the FHA is “very exposed to flood risk” because a large number of homes with FHA mortgage insurance do not have flood insurance.

The 2020 report found that 73 percent of the FHA-backed homes in Florida and North Carolina were in or near high-risk flood areas, but only 18 percent of those homes had flood insurance. Many of the homes with flood risk weren’t required to have flood insurance, either because they weren’t directly in a high-risk flood zone or because they didn’t have a federally backed mortgage.

Other papers, such as a report released in January by consultancy Milliman, have warned generally about the growing risk that homeowners will default on mortgages as climate change and intensifying flood damage drive down property values.

At the same time, some members of Congress are warning that homeowners might start to drop their federal flood insurance coverage as their premiums increase under a restructuring of the federal flood insurance program that begins to take effect today. The Federal Emergency Management Agency is restructuring the insurance program to make premiums reflect more accurately each property’s flood risk.

The HUD inspector general found several reasons why homeowners did not have proper flood insurance.

Some homeowners simply did not have flood coverage or had insurance that was below the minimum coverage the FHA requires. Other homeowners had flood insurance but bought it through private insurers instead of the federal government. The FHA accepts only NFIP policies.