Thunberg hitches a wind- and solar-powered ride to Madrid 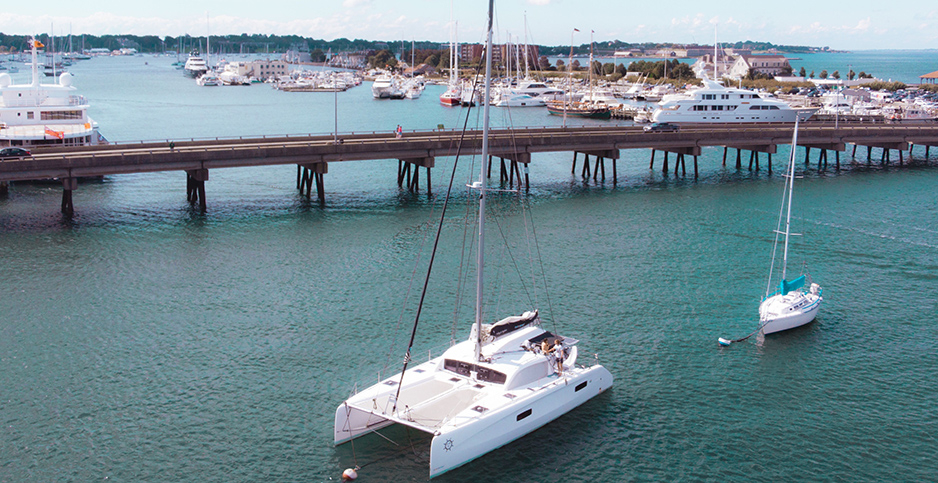 Swedish environmental activist Greta Thunberg, who boycotts air travel because of its outsized carbon footprint, announced yesterday that she will travel to the U.N. climate talks in Madrid on a low-emissions sailboat.

The announcement caps weeks of uncertainty over her travel plans after the U.N. conference was moved from Santiago, Chile, to Spain at the last minute (Climatewire, Nov. 8).

"COP25 is extremely important, and I will do my best to make it there in time," Thunberg said in a statement, referring to the Conference of the Parties to the U.N. Framework Convention on Climate Change.

"But of course it doesn’t really matter if I get there in time or not," she said. "There are countless other activists who will speak there and deliver the same message as I would. And it’s not like my voice is irreplaceable."

La Vagabonde is a 48-foot catamaran equipped with solar panels and a hydro generator, making the journey "as close to zero emissions as possible," Thunberg’s media team said in a news release.

The boat is owned by Riley Whitelum and Elayna Carausu, who are sailing around the world and documenting their journey on YouTube.

The couple reached out to Thunberg on Twitter and offered their assistance after the activist tweeted earlier this month: "As #COP25 has officially been moved from Santiago to Madrid I’ll need some help. It turns out I’ve traveled half around the world, the wrong way:) Now I need to find a way to cross the Atlantic in November. … If anyone could help me find transport I would be so grateful."

Whitelum said in a statement the couple "saw Greta’s request for help and decided to offer our support, because we are sympathetic to her cause. I used to work on oil rigs but I’m very happy to be living my life on a sailboat now, using the power of the wind to move my home around the world."

Thunberg said she hopes the journey further showcases the need to rapidly overhaul society to avert the worst impacts of climate change.

"By sailing I once again want to highlight the fact that it’s basically impossible to live sustainable in today’s societies," she said.

Thunberg also took a zero-emissions sailboat across the Atlantic Ocean this summer to attend a climate conference in New York. That boat generated its own electricity with solar panels as well as underwater turbines (Climatewire, July 30).