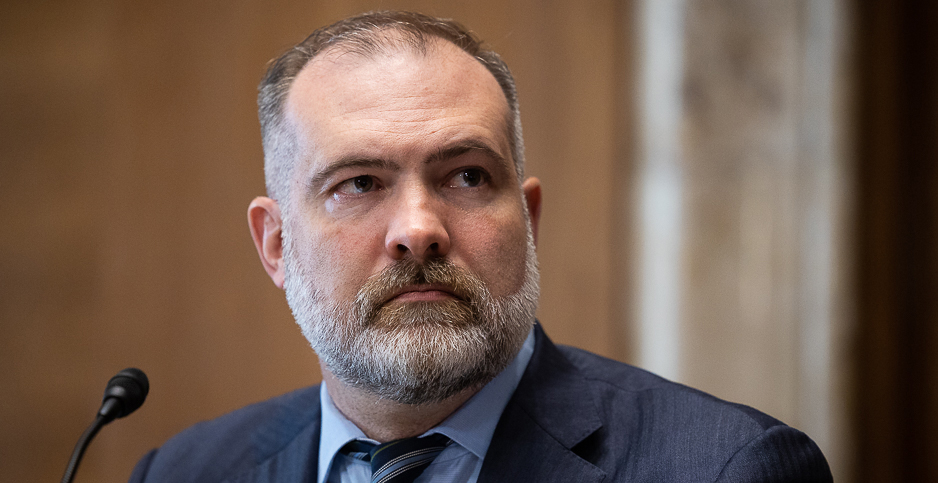 The Senate Energy and Natural Resources Committee is scheduled to vote Thursday on whether to advance Tommy Beaudreau’s nomination for deputy Interior secretary, and it won’t be a question of whether he’ll have the votes to move forward but rather how many votes he’ll get.

The former director of the Bureau of Ocean Energy Management and chief of staff to ex-Interior Secretary Sally Jewell received an unusually warm welcome two weeks ago from committee Republicans who have been mostly hostile to other nominees and representatives of President Biden’s Interior Department, including now-Secretary Deb Haaland and acting Bureau of Land Management Director Nada Culver (E&E Daily, April 28).

At his confirmation hearing, Beaudreau was asked typical questions from GOP lawmakers about how he would navigate the administration’s policies on energy extraction on federal lands. But while he made no promises in his answers that he would stray from the current status quo, his responses didn’t appear to irk the senators as Haaland and Culver’s noncommitments had (E&E Daily, April 30).

Beaudreau’s resume may be playing a role. He was most recently an energy attorney at the global law practice of Latham & Watkins, where he represented oil and gas interests among other clients.

That background has generally bolstered his reputation as someone who will listen to all sides — particularly the side of the fossil fuel industry, which conservatives fear is under dire threat in the Haaland-run Interior Department (E&E Daily, April 23).

At the hearing, Sen. John Barrasso (R-Wyo.), the ranking member of the Energy and Natural Resources Committee, said Beaudreau could "serve as a voice of reason in an administration that is waging an economic war on energy workers in my state and across the country."

Sen. Jim Risch (R-Idaho), a member of the panel, announced his support for Beaudreau right then and there.

Committee Democrats also appear on track to support Beaudreau, despite his record that might ordinarily alienate more liberal lawmakers who, during the Trump era, objected to agency nominees with ties to the industries they were responsible for overseeing and regulating. They also don’t seem to be responding to pressure from progressive outside groups to derail the nomination.

Still, Beaudreau’s nomination has not been without some drama. By the time his name was floated for the job by Alaska Sen. Lisa Murkowski — a powerful moderate who formerly ran the Energy and Natural Resources Committee and is still the top Republican on the Senate Interior-Environment Appropriations Subcommittee — Biden had already announced Elizabeth Klein for the No. 2 position at Interior weeks earlier (E&E Daily, March 24).

Klein, a veteran of Interior under the Clinton and Obama administrations and most recently the deputy director of the NYU School of Law’s State Energy & Environmental Impact Center, appeared on track before her name was abruptly pulled from consideration amid opposition from both Murkowski and Sen. Joe Manchin (D-W.Va.), the chairman of the Senate Energy and Natural Resources Committee (E&E Daily, April 29).

Quietly, Democrats grumbled about the treatment of Klein, who will remain at Interior as a senior counselor, and about Murkowski and Manchin’s outsize influence inside the Biden White House. Off Capitol Hill, progressive environmentalists are calling for Beaudreau’s defeat (E&E Daily, April 15).

During his confirmation hearing, Beaudreau was asked just one question about his industry connections. But the questioner, Sen. Angus King (I-Maine), who caucuses with Democrats, quickly clarified he didn’t necessarily have concerns. And no other Democrat, on or off the ENR Committee, has so far signaled they would oppose Beaudreau or publicly criticized his work history.