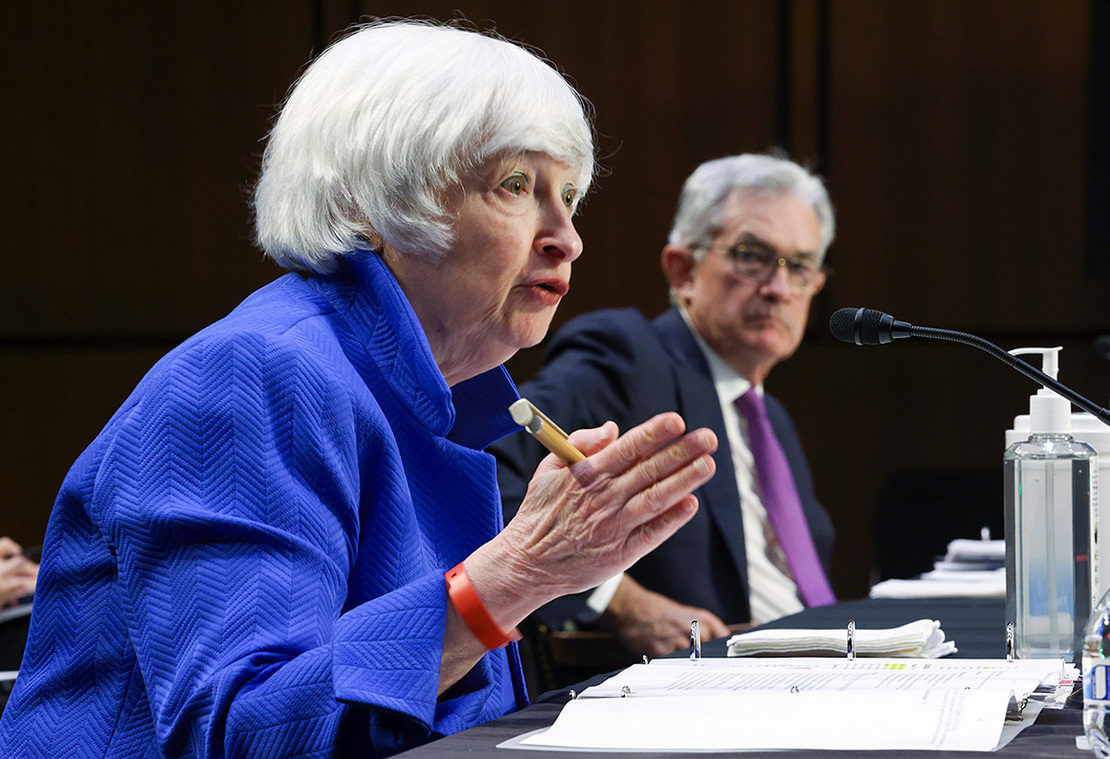 Treasury Secretary Janet Yellen and other financial regulators asserted yesterday in a highly anticipated report that global warming is an “emerging threat” to U.S. economic stability.

The 133-page document, written by the Financial Stability Oversight Council, suggests that regulators will focus on identifying and measuring climate-related risks to financial stability and individual finance firms and communities. They will emphasize protecting “financially vulnerable” populations.

“We’ve identified climate change as an emerging threat to the financial stability of the United States. We must be crystal clear that an emerging threat is not the same as a hypothetical one, and it would be foolish to confuse the two,” Yellen, who chairs the council, said yesterday.

Not everyone agreed with her.

Federal Deposit Insurance Corp. Chair Jelena McWilliams, who was nominated by former President Trump, abstained from voting on the report. McWilliams acknowledged that global warming poses a threat to society, but raised concerns that the council didn’t have enough time to complete the report or “thoroughly evaluate the impact of its recommendations.”

Every other member — including the heads of the Federal Reserve, Securities and Exchange Commission, Consumer Financial Protection Bureau, and Office of the Comptroller of the Currency — supported the document’s assertions.

“Through these actions, financial regulators can both promote the resilience of the financial system and help it support an orderly, economy-wide transition toward the goal of net zero emissions,” said the report, which was requested by President Biden last May.

The narrow focus on climate-related risk to the financial system sparked concerns from some progressives and climate advocates. They want regulators to focus not only on how global warming threatens the financial sector — but also how banks, insurers and money managers exacerbate the problem by pouring money into carbon-intensive companies.

The financial regulators emphasized that if policymakers fail to accelerate emissions reductions, it will become more difficult to identify and curb climate-related financial threats.

“If appropriate policy actions are not taken by U.S. and global policymakers, the risks of both climate-related impacts to the financial system and of a disorderly transition will increase,” the report said.

“It is considerably more difficult," it added, "to judge the magnitude of risks to financial stability in a disorderly transition in which the economy and markets are forced to react to large, unanticipated changes in policy."

The group of regulators outlined dozens of recommendations for agencies to consider implementing in the coming years.

Also important, Yellen added, is considering whether existing guidance and regulations should be adjusted, or if new rules are needed to ensure firms are managing their risks.

"We can’t wait for perfect assessments or data to take action,” Yellen said.

Two new committees under the FSOC will help ensure that agencies’ climate-related work is rigorous, cohesive and ongoing.

The first, dubbed the Climate-related Financial Risk Committee, will be made up of agency staff who spearhead relevant work within the agencies and promote collaboration and communication.

A second committee of outside climate scientists, academics, investors, industry representatives and more will advise the internal, staff-level group. Both are notable given that the FSOC hasn’t established any new committees since 2011 — and has never created an advisory group composed of external experts.

The focus on data, disclosure and scenario analysis doesn’t come as a surprise. The SEC for months has been working to develop rules that may soon require companies to disclose their climate risks and strategies. And Federal Reserve Board Governor Lael Brainard said earlier this month the central bank intends to use scenario analysis to gauge financial institutions’ climate vulnerabilities.

The report illuminated several details about how those efforts could play out.

The council threw its weight behind the idea that financial agencies should consider requiring the companies they oversee to disclose their greenhouse gas emissions. That could include the disclosure of banks’ and other financial institutions’ so-called financed emissions, or the carbon footprint associated with loans and investments to companies in high-carbon sectors.

On scenario analysis, the report said such exercises would be useful because it entails modeling future climate scenarios to gauge their potential impacts on individual institutions, markets and financial stability more broadly.

But the report stopped short of saying regulators should consider conducting climate-related stress tests, which green groups advocate for on the grounds that stress tests impose consequences on firms engaging in risky behavior.

The FSOC distinguished the two exercises, noting that stress testing generally entails examining how certain risks may manifest over the course of several years, whereas scenario analysis can “contemplate much longer time horizons” capable of assessing longer-term climate risks.

Further, the report noted, while scenario analysis is an informational exercise, U.S. stress testing is tightly linked to regulatory requirements that in some cases force firms to change their practices.

The council also made clear that it will focus on “financially vulnerable populations” — including communities of color and low-income households — that are disproportionately impacted by global warming.

For that reason, agencies should evaluate how climate-related risks manifest in underserved communities — while also ensuring their actions don’t disproportionately impact those same people and exacerbate existing inequities.

The focus on vulnerable communities, the embrace of climate change as an emerging financial risk and several other elements of the report are a boon to progressives, who have pushed Treasury and the FSOC council members on those matters for months.

That’s not all they wanted. In the lead-up to the report’s release, environmentalists and financial reform advocates argued that the report should include policy proposals to push banks, insurers and money managers to limit their risks from global warming, and their contributions to it. Those could include stress testing and requiring banks to hold more liquid capital to shield themselves from potential losses tied to risky, high-carbon loans and investments.

The report also emphasized risk mitigation, and noted that the council’s members “recognize that the need for better data and tools cannot justify inaction, as climate-related financial risks will become more acute if not addressed properly.”

Yellen added that the document “will by no means be the end of this work.”

“Secretary Yellen’s report lays out preliminary steps to make the financial industry more transparent and accountable for their growing climate risks,” Cushing said in a statement. “But it’s also a missed opportunity to recommend actions that actually reduce climate risk and limit Wall Street’s toxic investments in the fossil fuels that are driving the crisis."