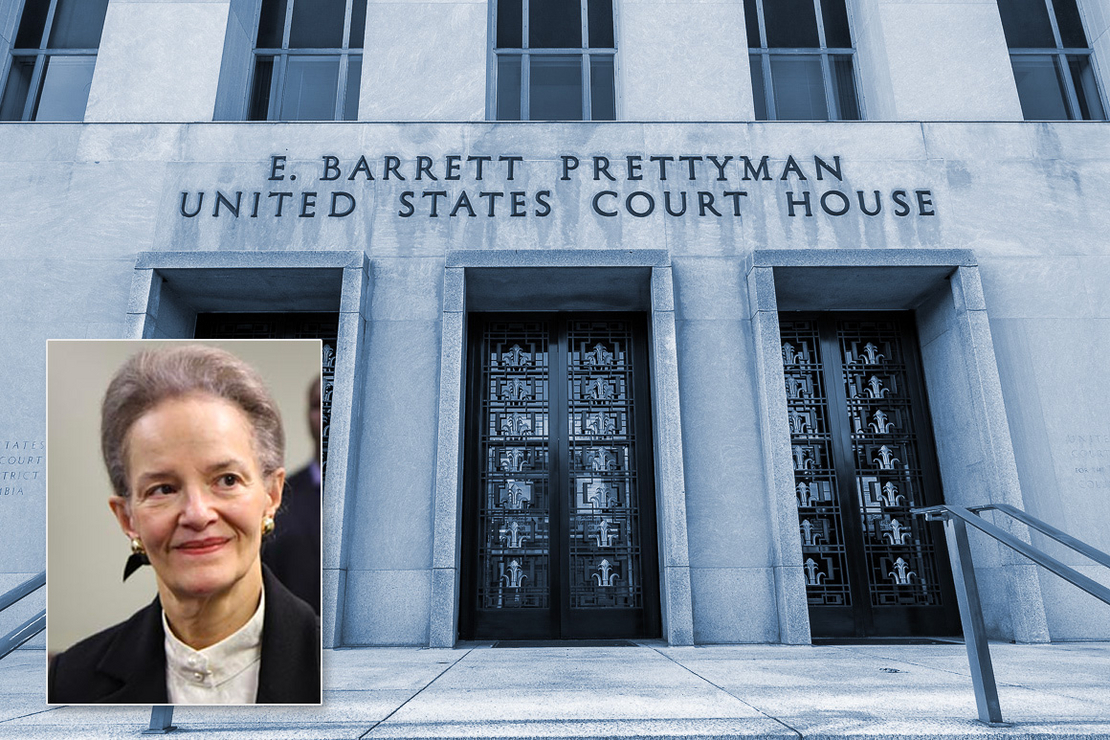 Judge Judith Rogers last week announced that she would enter semiretirement, creating a new opportunity for President Joe Biden to seat a jurist on the nation’s second-highest court.

Rogers, the fourth woman and the first Black woman appointed to the U.S. Court of Appeals for the District of Columbia Circuit, intends to take senior status in September, according to the federal judiciary’s website, opening a spot for Biden to name another judge to the powerful bench that frequently decides the fate of EPA rules.

During her 28 years on the D.C. Circuit, Rogers has weighed scores of environmental regulations and policies, ranging from the Federal Energy Regulatory Commission’s climate analyses for natural gas pipelines to EPA’s mercury and air toxics standards and Clean Power Plan.

She has often backed EPA’s authority to craft robust environmental rules, including in one forceful dissent in a 2012 D.C. Circuit ruling — led by now-Supreme Court Justice Brett Kavanaugh — in which the majority struck down an Obama-era program for cross-state air pollution.

At the time, Rogers wrote that the majority was “trampling” on the D.C. Circuit’s Clean Air Act precedent, a dissent that fueled advocates’ appeal of the decision (Greenwire, Aug. 21, 2012).

Rogers arrived at the D.C. Circuit in 1994 after being appointed to the bench by former President Bill Clinton. She was previously a judge on the D.C. Court of Appeals.

Before becoming a judge, Rogers was involved in a pair of legislative initiatives that the American Bar Association said “transformed the District of Columbia.”

As a member of the Justice Department’s Office of the Attorney General, Rogers helped shape legislation to establish a state-type judicial system in the nation’s capital. And as general counsel to the Congressional Commission on the Organization of the District of Columbia and the mayor’s special assistant for legislation, she played a role in developing “home rule,” which helped D.C. residents gain more control over local affairs.

Rogers was the first woman appointed to be chief legal officer for the District of Columbia, serving in a role comparable to that of a state attorney general.

She is a graduate of Radcliffe College of Harvard University and Harvard Law School, and she holds a master of laws degree from the University of Virginia.

Biden has so far nominated three judges to the D.C. Circuit, although one of his picks — Ketanji Brown Jackson — was confirmed to the Supreme Court after less than a year on the bench.

Last month, the president announced the nomination of Judge Florence Pan of the U.S. District Court for the District of Columbia to replace Jackson on the D.C. Circuit (Greenwire, May 25).

Meanwhile, Judge J. Michelle Childs of the U.S. District Court for the District of South Carolina is currently awaiting a confirmation vote for her nomination to replace D.C. Circuit Judge David Tatel, another Clinton appointee who said last year he would take senior status.

Biden has so far placed a record number of judges on the federal courts, but Republican leaders in Congress have indicated the president would face a tougher road if the GOP overtakes Democrats’ razor-thin Senate majority in the midterm elections later this year.

“I am cautiously optimistic that Biden can appoint someone to Rogers’ seat before the midterms,” said University of Richmond professor Carl Tobias in an email.