Transmission for renewables in largest power market may cost $3B 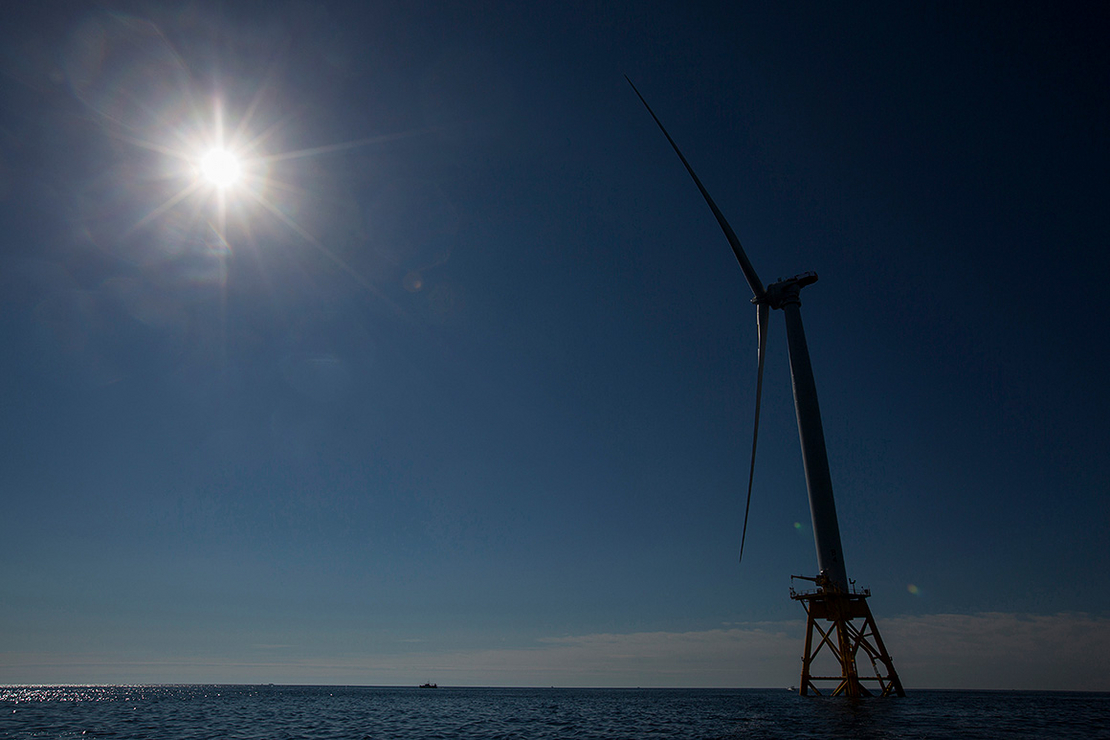 The Block Island Wind Farm is pictured off the coast of New Shoreham, R.I., in this photo taken Sept. 22, 2016. Scott Eisen/Getty Images

The operator of the nation’s largest wholesale electricity market — PJM Interconnection LLC — estimates $2.2 billion to $3.2 billion of transmission upgrades will be needed to help states in the region meet renewable energy and offshore wind goals over the next decade and a half.

PJM published the study Tuesday in response to a 2019 request by the Organization of PJM States Inc., a group of regulators representing the 13 states that are part of the regional grid.

Policymakers and analysts widely agree that a vast expansion of the nation’s transmission system is necessary to accommodate the continued transition to cleaner energy and meet President Biden’s climate goals. Last month, the Federal Energy Regulatory Commission moved in that direction by kicking off a rulemaking on transmission planning (Energywire, July 16).

The PJM study aims to identify the cost and general location of transmission upgrades needed to support planned wind and solar build-outs required to meet state clean energy goals already on the books.

Tom Rutigliano, a senior advocate for the Sustainable FERC Project at the Natural Resources Defense Council, said the cost estimate amounts to a small percentage of the expense of 70-plus gigawatts of new wind and solar generation, including more than 15 GW of offshore wind, that must be added to meet state goals. That’s more than six times the renewable capacity on PJM’s system today.

“Nobody is going to say $3 billion is a small number, but it’s small relative to the scale of these states’ goals,” he said.

PJM’s analysis doesn’t quantify the benefits of transmission expansion. However, the study does note that a transition to cleaner energy will reduce greenhouse gases and other pollutants and lead to consumer benefits across parts of PJM, especially coastal states, in the form of lower energy costs. PJM’s territory spans from Washington to New Jersey, and extends as far west as parts of Illinois.

Rutigliano said the PJM study is an important first step toward addressing the scale of transmission build-out necessary to further the energy transition and should be a tool for state policymakers to make decisions about how best to meet their climate goals.

“This type of planning, done in consultation with the states driving clean energy in the region, offers a much clearer vision how to cost-effectively meet state goals,” he said in a blog post.

The PJM study evaluated transmission investments required to meet state goals at two intervals — 2027 and 2035. It didn’t take on the thorny topic of how the cost of the upgrades would be shared.

The report also noted that transmission investments would ramp up sharply in the latter part of the decade and early 2030s in line with state renewable energy requirements.

PJM said the study includes costs of onshore transmission needed to integrate wind energy but does not include lead lines or other offshore facilities.