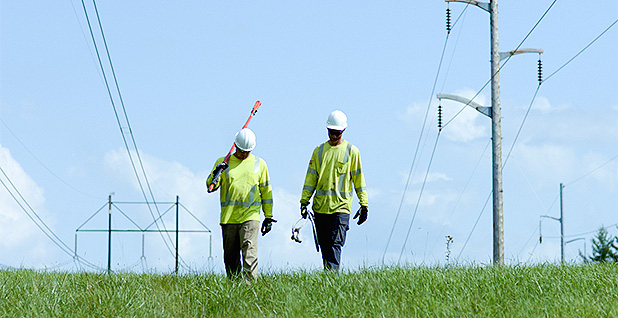 Zero-carbon goals coming from a cluster of U.S. states, cities, utilities and companies can’t be met without more long-distance transmission lines delivering more renewable power, according to the analysis by the WIRES group, advocates for power line expansion. "Transmission must be part of the solution" to the climate challenge, said Larry Gasteiger, executive director of WIRES.

The power line option has long been on the fringe of the clean energy debate, but WIRES has returned to the fray with a nearly 300-page analysis of region-by-region opportunities to move renewable energy from where it’s abundant — like Great Plains wind power — to major metropolitan areas, where it’s not.

The report also spells out why that’s not happening more, spotlighting what it calls the failure of the Federal Energy Regulatory Commission’s Order 1000 to catalyze construction of more interregional power lines to move wind and solar power across multiple states.

FERC issued the order in 2011 to increase competition for transmission projects. It called for more interregional planning but didn’t require it, and that encouragement wasn’t enough to overcome state opposition to such big projects, the report said.

As a case in point, the report promotes the value of more transmission to the cluster of U.S. states and cities under Democrats’ leadership that have pledged to pursue the carbon reduction goals of the Paris climate accord by increasing renewable energy use. The declarations followed President Trump’s decision in 2017 to pull the United States out of the Paris Agreement.

If you can’t build it

"You can’t build it unless it’s deliverable; that gets you back to transmission," said Greg Litra, director of research at ScottMadden.

WIRES’s Gasteiger said FERC needs to take another look at the benefits of strategic transmission investment, beginning with a broad reconsideration of its Order 569, issued on Nov. 21, 2019, which set rates of return for the Midcontinent Independent System Operator Inc., the grid manager in a corridor from Canada’s Manitoba province to the Gulf of Mexico.

The FERC policy undermines the value of power line projects, Gasteiger said. "From WIRES’s perspective, it sends the wrong signal to investors, transmission developers and owners on getting transmission built. I’m hopeful the commission will revisit that issue. I think there was a tremendous negative response."

Gasteiger and Eversource Energy’s Fulton said an ongoing FERC inquiry on transmission incentives, docket PL19-3, could be a vehicle for commissioners to find new financial incentives for transmission projects that meet climate or security priorities.

Clarification: This story has been updated to reflect the U.S. Climate Alliance’s most recent position.