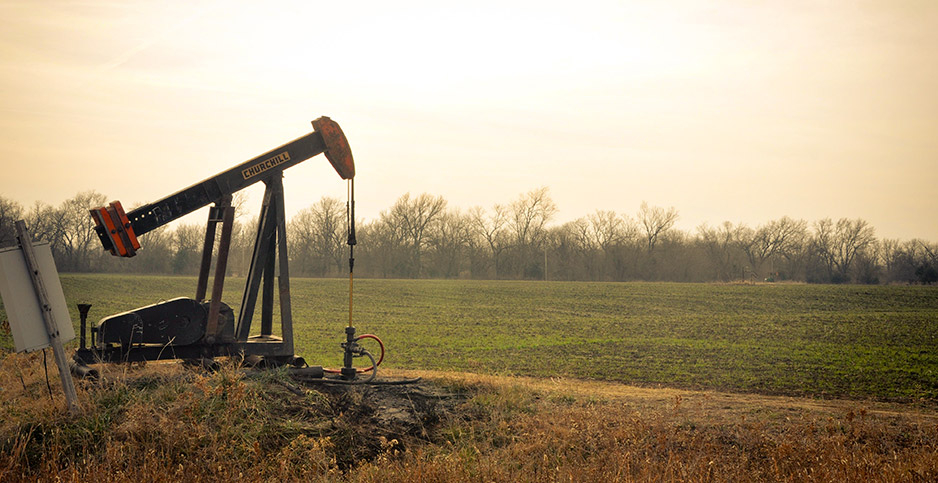 The Supreme Court ruled yesterday that millions of acres in eastern Oklahoma are part of a Native American reservation when it comes to applying criminal law. An oil pump jack in the Sooner State is pictured. Sarah Nichols/Flickr

A Supreme Court ruling yesterday declaring that nearly half of Oklahoma remains Native American reservation land is causing a stir among some oil executives who are wary of increased federal regulations.

In a 5-4 decision led by Justice Neil Gorsuch, the high court found that 19 million acres of land in the eastern half of the Sooner State was part of the Muscogee (Creek), Cherokee, Chickasaw, Choctaw and Seminole Nations’ reservations.

Yesterday’s ruling stemmed from a dispute over whether an Oklahoma court had the power to convict Jimcy McGirt, a member of the Creek Nation, on charges of sexual abuse against a child (Greenwire, July 9).

Gorsuch, joined by the Supreme Court’s liberal wing, maintained in McGirt v. Oklahoma that Congress never took the step to disestablish the reservation land, and the acreage therefore belongs to the tribes until Congress takes explicit action to give the land to the state.

"The McGirt decision is a historical win for the Muscogee Creek Nation, and time will tell how it affects other Oklahoma tribes in their jurisdictional claims," Jordan Harmon, a Muscogee (Creek) Nation citizen, advocate and attorney, said in a statement.

"Throughout the opinion Gorsuch recounts the decades of abuse and illegal activity at the hands of the state of Oklahoma encroaching into Indian Territory."

The decision, which had important implications for criminal prosecutions, could also mean that oil and gas operations in the eastern half of Oklahoma will now be out of the hands of state regulators and subject to tougher federal rules.

"The status of land is a really big point in determining who has regulatory authority, and that’s why it has broad implications," said Elizabeth Kronk Warner, dean of the S.J. Quinney College of Law at the University of Utah.

The Supreme Court’s recognition of the reservations doesn’t mean the lands are owned by the tribes but means that they are instead part of federally owned acreage, with tribes serving as beneficiaries, she said.

"Anytime there is oil and gas development on federal land, you have to go through the federal government to get your permitting and everything, and that’s true for development in Indian Country," Warner said.

In response to yesterday’s ruling, Congress could decide to disestablish the reservations.

"Assuming Congress doesn’t take action and the decision stands, then oil and gas companies that currently have lease agreements within the affected territory would start to have to go through the process that you normally would for oil and gas leases in Indian Country," Warner said.

"It’s going to be total chaos," he said.

Bartlett said Congress should fix what he sees as a major problem, but he questioned whether lawmakers from the rest of the country would be willing to take action.

"It’s very unique to Oklahoma. With a lack of real political power, it’s going to be difficult," he said. "The rest of the states could give a damn."

The oil industry, Bartlett said, will be concerned about the validity of its leases. He said he is also worried that tribes could impose new taxes or environmental restrictions on developers.

In a similar case heard during the Supreme Court’s prior term, the Petroleum Alliance of Oklahoma raised questions about how the recognition of the reservations might affect oil and gas development. In an amicus brief filed in Sharp v. Murphy, which the justices also resolved yesterday, the group said that an outcome in favor of the tribes could significantly change the regulation of oil and gas wells, among other concerns.

"The Petroleum Alliance of Oklahoma is disappointed in today’s majority opinion in McGirt v. Oklahoma, but we are moving forward to work with the state of Oklahoma, the tribes and Oklahoma’s Congressional delegation to ensure that our members continue to have a stable, predictable regulatory and tax environment consistent with their interests," alliance President Brook Simmons said in a statement.

"It is critical for continued investment in Oklahoma that the state maintain primacy with regard to the regulation of oil and gas operations, and that issues of title with regard to real property remain unaffected."

The oil and gas industry could face other issues indirectly stemming from the Supreme Court ruling.

Those could include taxation or the application of federal environmental laws if those laws allow tribes to be treated as a state, said Hilary Tompkins, a partner at the law firm Hogan Lovells. Operators could also face tribal regulations, she added.

The Clean Water Act, for example, includes a provision that allows the treatment of tribes as states for regulatory purposes, said Joel West Williams, a senior staff attorney at the Native American Rights Fund.

However, even if tribes could expand their ability to act, the Supreme Court has narrowed the authority of tribes to regulate non-Indians on non-Indian land in a reservation "quite a bit," said Williams.

"I don’t think we are going to see immediate drastic impacts in that way," he added.

Some issues could be negotiated between the state and tribes, as has been done for years across the country on other reservations, said Tompkins, a former Interior Department solicitor.

Such efforts are already underway between Oklahoma Attorney General Mike Hunter (R) and the tribes. In a joint statement yesterday, they said they were working on implementing a framework of shared jurisdiction that balanced sovereign interests and self-government.

"I think saying there will be chaos and confusion and lack of clarity in the government in the region is overblown," Tompkins said.