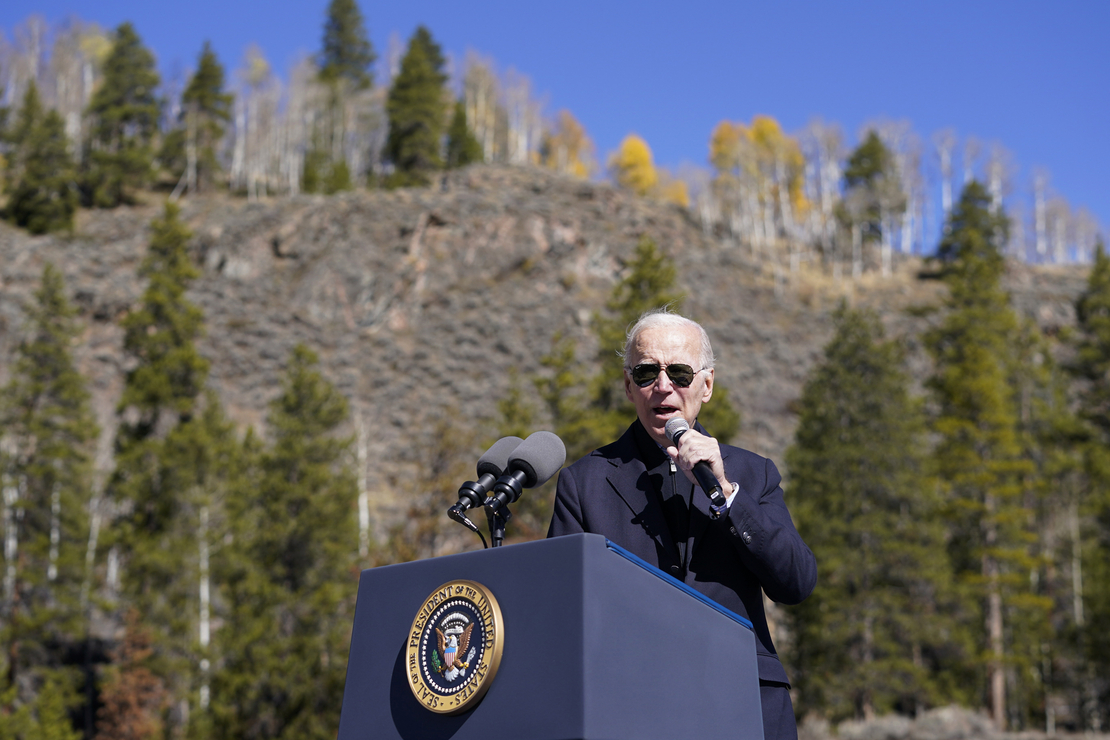 A Utah-based Native American tribe accused the Biden administration of failing to engage its leadership before establishing a new national monument in Colorado on part of its homelands, marking a sharp split with other tribal leaders who praised the site as a sign of new preservation efforts for native lands.

But leaders of two other Ute tribes submitted letters of support for the monument to the White House earlier this month.

“Designating these valuable places as national monuments will not only preserve them for the enjoyment of future generations, but it will also allow a greater understanding of the history of these places and the value they have for Coloradoans,” Ute Mountain Ute Tribe Chair Manuel Heart wrote in an Oct. 7 letter. “The designation will serve the best interests of all citizens.”

Melvin Baker, chairman of the Southern Ute Indian Tribal Council, wrote a similar letter and also attended the event, praising the monument’s creation in an interview with The Colorado Sun.

“This was a homeland for survival. If you look at it today how beautiful it is and think hundreds of years back when our Ute people roamed these mountains in peace. There was no pressure, nothing. And they left it as it is,” Baker said. “I feel like today is a game changer, and we can do more in the future.

He added: “Others can learn that we can work together, whether it’s states, tribes, governments working together to make this happen on behalf of the Earth that we live on and Mother Earth that we protect. I think it will be a big help moving forward.”

Biden’s proclamation establishing the new monument via the Antiquities Act of 1906 — which allows presidents to set aside areas of cultural, historic or scientific interest — also details the site’s history as the homeland of the Ute people.

“These treasured lands tell the story of America. For thousands of years, Tribal Nations have been stewards of this sacred land, hunting game, foraging for medicinal plants, and maintaining a deep, spiritual bond with the land itself,” Biden said in his remarks Wednesday, although he did not mention the Ute people or their three modern-day tribes by name.

The proclamation also acknowledged that the Ute people were forced from most of their homelands in the late 1800s, including the Camp Hale and Tenmile Range areas.

Today, the three tribes retain only a tiny portion of their original lands on reservations in southwestern Colorado and eastern Utah.

The White House did not return a request for comment before publication time Friday, but in a statement to the Associated Press, spokeseprson Abdullah Hasan said the Biden administration will include tribal governments in management decisions over the site.

“We appreciate the strong support tribal leaders expressed in preserving the sacred lands of Camp Hale as a national monument during our conversations with them prior to the designation and look forward to continuing that engagement with tribal leaders,” Hasan said.

The Agriculture Department, which will manage the new monument through the Forest Service, did not respond to a request for those documents.

While Biden highlighted Bennet’s role in pressing him to create the monument as efforts to protect the site via legislation stalled on Capitol Hill, he did not name any of the tribal leaders in attendance at the event (Greenwire, Aug. 26).

“I’m also honored to be joined by several Tribal leaders here, because this is your progeny, this magnificent land. You’ve been great stewards of these sacred lands,” Biden said.

The Bears Ears Inter-Tribal Coalition — composed of the Hopi Tribe, Navajo Nation, Ute Mountain Ute Tribe , Pueblo of Zuni and Ute Indian Tribe, which worked to establish the Bears Ears National Monument in Utah — also highlighted the Colorado monument in a series of posts to its Twitter account Wednesday.

“As we often point out, all public lands across the West are culturally and historically significant to Indigenous peoples, and this area is not exempt. #PublicLandsAreNativeLands,” the group wrote.

But the group subsequently removed the tweets, Coalition Communications and Partnerships Director Ruben Pacheco told E&E News. “Our intention was not to express support as much as it was trying to bring attention to the fact that public lands are the ancestral homelands of Indigenous peoples,” Pacheco wrote in an email.

But the Ute Indian Tribe asserted it will pursue “all lawful measures” to roll back the Colorado monument.

“We’ve tried to work with this administration, but time after time they refuse to address the real issues tribes are facing,” Shaun Chapoose, Ute Business Committee chair and Uncompahgre Band member, said in a statement.