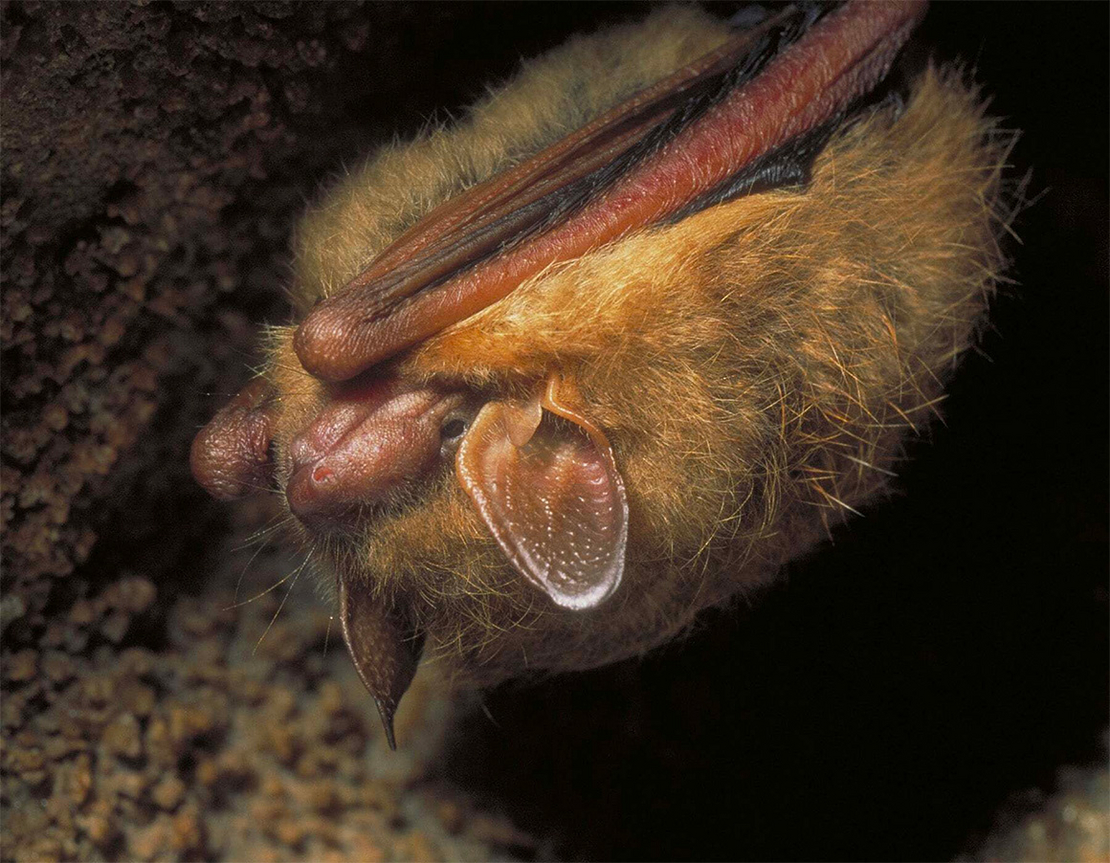 A tri-colored bat. The species typically roosts alone or in pairs, in caves. Missouri Department of Conservation

The Fish and Wildlife Service today proposed Endangered Species Act protections for the tricolored bat, yet another victim of the genocidal and slippery white-nose syndrome.

Citing population declines of more than 90 percent in affected tricolored bat colonies and the presence of the disease across 59 percent of the species’ range, FWS said the bat is at risk of extinction and requires listing as endangered.

“White-nose syndrome is decimating hibernating bat species like the tricolored bat at unprecedented rates,” FWS Director Martha Williams said in a statement, adding that “bats play such an important role in ensuring a healthy ecosystem.”

The federal agency similarly cited the ravages of white-nose syndrome in March when it proposed reclassifying the northern long-eared bat from threatened to endangered status under the ESA.

Endangered species are those deemed to be in danger of extinction, while threatened species are defined as likely to become endangered in the foreseeable future.

The enhanced protections have been years in the making.

In 2016, the Center for Biological Diversity and Defenders of Wildlife filed a petition asking that the tricolored bat be listed under the ESA. In 2017, FWS concluded the petition presented substantial scientific or commercial information indicating that listing may be warranted.

Since then, conditions have grown only more bleak for several bat species. FWS had listed the northern long-eared bat as threatened in 2015.

The agency said that white-nose syndrome has “caused estimated northern long-eared bat population declines of 97–100 percent across 79 percent of the species’ range.”

The Center for Biological Diversity challenged the earlier northern long-eared bat listing as a threatened species, and in January 2020 a federal judge ordered the federal agency to make a new listing decision (Greenwire, Jan. 29, 2020).

“In the short time since the species was listed as threatened, its population numbers have continued to decline precipitously, including in the southernmost portions of its range,” the Southern Environmental Law Center wrote in support of the endangered listing for the northern long-eared bat.

Fatal disease with no known cure

Caused by a soil-based fungus named Pseudogymnoascus destructans, white-nose syndrome was discovered in New York in the winter of 2006-2007. Since then, it’s been convicted of killing millions of bats (Greenwire, July 17, 2017).

The fungus arrives on a few bats and spreads through the colony “as a result of swarming and roosting interactions until most individuals are exposed to the pathogen,” according to FWS.

Stricken bats wake up more often, which can lead to dehydration and starvation before spring arrives.

“Bats that do not succumb to starvation … often seek riskier roosting locations near entrances to roosts or emerge from roosts altogether, where they face exposure to winter conditions and scarce prey resources on the landscape,” FWS noted.

The tricolored bat lives east of the Rocky Mountains in 39 states and the District of Columbia, as well as in four Canadian provinces and in parts of Mexico, Guatemala, Honduras, Belize and Nicaragua.

During spring, summer and fall, they roost primarily among leaf clusters of live or recently dead trees, coming out at dusk to hunt for insects.

FWS determined that designating critical habitat is “not prudent.”

“Identifying wintering habitat (hibernacula) as critical habitat on published maps for the tricolored bat would likely increase the threat from human entry and could increase the spread of WNS by identifying specific sensitive areas,” the agency stated.

FWS is leading the White-nose Syndrome National Response Team, an effort of more than 100 nongovernmental organizations, institutions, tribes, and state and federal agencies.

The agency said that it is testing “biological, chemical, immunological, genetic and mechanical treatments” in a number of states to improve bat survival.

“To date,” FWS said, “there are no proven measures to reduce the severity of impacts.”

Coleman said these include continued survival and apparent growth of some little brown bat colonies in Eastern states, persisting populations of tricolored bats in the Southeast and northern long-eared bats in the coastal plain and vaccine trials in the field that improve bat resilience.

”We are still striving to understand what mechanisms explain differential response to infection across and within species [and] aspects of the fungal pathogen and disease dynamics that can be managed to prevent or limit infection and disease progression, “ Coleman added, among other things.