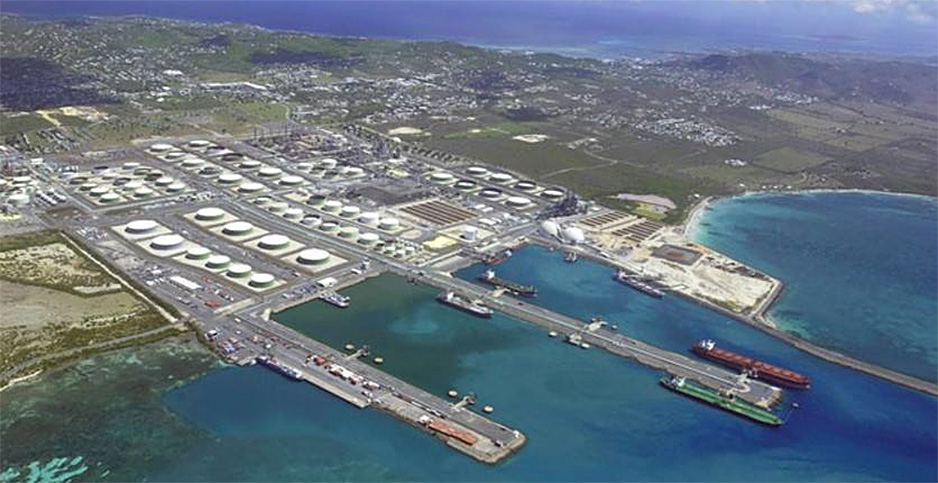 The troubled Limetree Bay refinery has filed for bankruptcy, two months after EPA regulators invoked rarely used emergency powers to halt operations at the plant in the U.S. Virgin Islands.

"Severe financial and regulatory constraints have left us no choice but to pursue this path, after careful consideration of all alternatives," Jeff Rinker, CEO of Limetree Bay Ventures LLC, said in a statement posted yesterday on the company’s website announcing the Chapter 11 reorganization.

That process "provides Limetree with the clearest path to maximize the value of our estate for our stakeholders while safely preparing the refinery for an extended shutdown," Rinker said. The release added that Limetree Bay plans to use the breathing room provided by the Chapter 11 proceedings to evaluate options including "a potential sale of its assets."

The filing in the U.S. Bankruptcy Court for the Southern District of Texas comes barely five months after the refinery relaunched production following a lengthy quest to gain the Trump administration’s approval to produce low-sulfur fuel. When running, the plant can process more than 200,000 barrels of crude each day.

But in May, EPA ordered the emergency shutdown on the grounds that the facility’s operations posed an imminent danger to St. Croix residents in the wake of flaring mishaps that rained an oily mist on nearby homes and led to the release of large amounts of hydrogen sulfide and sulfur dioxide, according to a lawsuit brought by the agency yesterday. About 21,000 residents, most of them people of color, live in downwind communities, the suit said, adding that more than one-quarter are low-income. A February "flare rainout" also contaminated at least 70 cisterns used to collect rainwater for household use and garden irrigation, according to the suit.

It was only the fourth time in EPA history that the agency had resorted to that Clean Air Act shutdown authority, a spokesperson said at the time (E&E News PM, May 14). While the emergency order was set to expire today, the suit’s filing in the U.S. District Court of the Virgin Islands provides an automatic two-week extension.

Under a simultaneously submitted joint stipulation, Limetree Bay must now come up with an air pollution monitoring plan, give EPA 90 days’ advance notice, and "complete all measures necessary to eliminate any imminent and substantial endangerment to public health or welfare or the environment" before restarting refinery production.

The bankruptcy filing shows that Limetree owes more than $150 million to creditors with the 30 largest unsecured claims, a group that includes BP PLC and Baker Hughes Co., a leading oil industry services provider. In yesterday’s news release, Limetree Bay said it has received commitments for up to $25 million in new "debtor-in-possession" financing that should be enough to meet refinery maintenance obligations during the Chapter 11 process.

A major employer in the U.S. Virgin Islands, the company last month announced layoffs of about 270 employees. Gov. Albert Bryan Jr. will have a statement on the bankruptcy filing later today, a spokesperson said. Operations at Limetree Bay’s oil storage terminal business are expected to continue.

The refinery, which originally opened in 1966, was once the biggest in the Americas. Following a string of oil spills and earlier alleged Clean Air Act violations, it had closed in 2012. As E&E News reported two years ago, ArcLight Capital Partners LLC, a Boston-based private equity firm that was the company’s primary owner at the time, pursued a lengthy permitting quest with then-EPA Administrator Andrew Wheeler and other Trump administration appointees to allow the refinery to reopen (Greenwire, Nov. 21, 2019).

A key permit was secured last December, only to be withdrawn three months later by newly named EPA Administrator Michael Regan, an appointee of President Biden. According to the Reuters news service, Limetree Bay’s largest investor group is now headed by EIG Global Energy Partners, another private equity firm based in Washington.

"EIG supports the company’s efforts to secure funding," Blair Thomas, the firm’s chairman, said in a statement reported by Reuters that noted senior lenders have so far raised objections. EIG and its partners became "the reluctant owners" earlier this year when its original sponsor withdrew, Thomas said in the statement, according to Reuters.

An EIG spokesperson did not reply to phone and email messages this morning seeking confirmation.