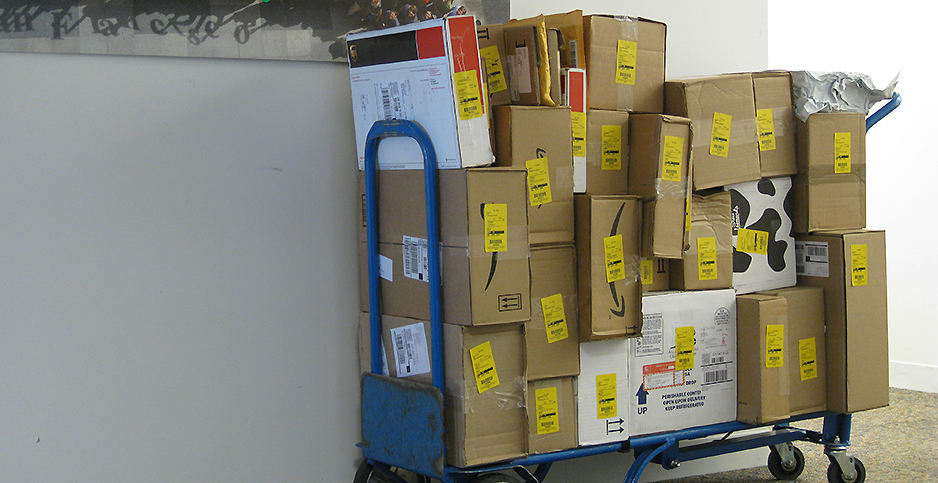 Cardboard production is one of the few areas where the timber market has seen growth recently, due to the increase in online purchases as a result of the COVID-19 pandemic. moppet65535/Flickr

Efforts by the Forest Service to clear the woods of potential wildfire fuel are bumping up against troublesome headwind in the timber market: The material coming out of the forest isn’t worth much.

Industry sources say the market for low-value timber — the small trees and scraps leftover from logging — is the worst they’ve seen in years, reflected in mill closures and the shuttering of biomass facilities that were meant to turn byproducts of forest harvests into energy.

The COVID-19 pandemic hasn’t helped, either, industry sources said, knocking down demand for many paper products used in schools and offices that have yet to reopen. Only cardboard packaging has benefited, they said, thanks to the boom in online shopping and deliveries to homes.

With record wildfires burning in California and Oregon, federal and state forest agencies are likely to face more political pressure to reduce a backlog of management projects that leaders say has left forests overgrown and at increased wildfire risk. That pressure was reflected in President Trump’s comments yesterday in Sacramento, Calif., where he said the wildfire issue is mainly about forest management rather than climate change and that fallen dead trees and leaves must be removed (E&E News PM, Sept. 14).

Whatever the politics, the management challenge in forests is real, industry sources said.

‘All this stuff and nothing to do with it’

The Forest Service, with 193 million acres of forest and grassland, is at the center of the debate.

In California, fire has burned 706,594 acres in the Mendocino National Forest and different fires have hit the Plumas and Sierra national forests, among others. In Oregon, several hundred thousand acres have burned in four national forests.

For fiscal 2021, beginning Oct. 1., the Forest Service has proposed to treat 3.6 million acres through thinning and other actions, and to sell 4 billion board feet of timber, a slight uptick from prior years. The Trump administration proposed boosting hazardous fuels treatment from $445 million to $510 million for the fiscal year.

Weakness in the pulp and paper industry is reflected in the closure of mills — costing hundreds of jobs — in numerous states, including Washington, Wisconsin, Minnesota and Florida.

The Forest Service, along with industry groups, still sees potential in innovative new uses for biomass, such as for wood pellets used in energy production. That industry has grown fast in the Southeast, where the material is shipped to Europe. But wood-to-energy hasn’t advanced much in the United States, where a debate over the carbon benefits of biomass roils on, even within the Trump administration.

"They have all this stuff and nothing to do with it," said Dave Tenny, president and CEO of the National Alliance of Forest Owners. "Biomass always has been, and always will be, a low-value product."

Tenny said private forest owners would never make harvesting decisions based on expected sales of low-value timber. Still, he said, some of the group’s members produce electric co-generation from low-value timber that needs to find a use.

Markets for lumber used in home construction have been brighter, industry sources said, boosted by home renovations during the pandemic.

Biomass, on the other hand, has been hurt by falling prices for competing natural gas, and it’s not profitable as an energy source for now, Levesque said, adding that less than half of the biomass plants that once ran in the Northeast are still operating.

In California, the number of biomass plants is less than half of the 66 that were operating at the industry’s height in the mid 1990s. Electric capacity from biomass has fallen from more than 800 megawatts to 640 MW in that time, according to the California Energy Commission.

The Forest Service has said it’s committed to finding new uses. It helped support a project to integrate cellulose nanocrystals — a wood derivative — into concrete beams for bridge repairs in Siskiyou County, Calif. In fiscal 2019, the agency said, it sold more than 2.2 million "green tons" of biomass to bioenergy markets.

In its budget justification for fiscal 2021, the Forest Service acknowledged that biomass isn’t always going to be a moneymaker and that taxpayers may ultimately pay the bill.

"Whenever a commercially viable biomass project is identified, it is implemented," the service said. "If a project is not commercially viable, it will be integrated into another revenue generating project or paid for with appropriated funds, such as hazardous fuel reduction or timber programs dollars."