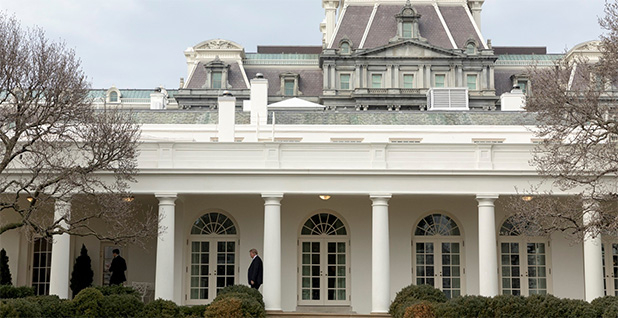 President Trump yesterday announced new members to the Council of Advisors on Science and Technology. The White House

The White House announced that two academics will join the President’s Council of Advisors on Science and Technology, a recently created panel stacked with industry professionals.

"As promised, we’re announcing additional voices from academia who will play a critical role in how PCAST advises the President on matters central to our Nation’s science and technology efforts," said Kelvin Droegemeier, the Office of Science and Technology Policy director who will chair the council.

Droegemeier, a former meteorologist, added that another "tranche of unique and talented members" is awaiting clearance and will soon join the 16-member panel.

Last month, the White House announced it would revive the dormant council nearly three years into the Trump administration.

All but one of the seven members first announced were from the corporate world, including A.N. Sreeram, a vice president at Dow Chemical Co., which contributed $1 million to President Trump’s inauguration (E&E News PM, Oct. 22).

Even so, John Holdren, the Obama OSTP director who previously chaired the council, expressed optimism in an email today that the council "will still do some useful things, despite their late start." He welcomed the addition of two academics. Both Blunt and Grejner-Brzezinska are acclaimed experts in engineering.

Originally from a small town in southeastern Missouri, Blunt, a professor of electrical engineering, focuses on adaptive signal processing for radar systems.

He’s the director of the Radar Systems & Remote Sensing Laboratory, which engages in various projects from the design to construction to experimentation of radar systems. The primary application is defense.

Blunt also served at the Naval Research Laboratory in Washington, D.C. He obtained a Bachelor of Science, a master’s degree and a Ph.D. in electrical engineering from the University of Missouri. He has published more than 150 articles, 11 book chapters and two books, according to a White House bio.

Grejner-Brzezinska is originally from Olsztyn, Poland, and is a professor of engineering. She focuses on GPS algorithms and other navigation systems in challenging environments.

Before entering academia, Grejner-Brzezinska was a research specialist at the NASA Center for Space Development at the university. She has won several national awards and was inducted into the National Academy of Engineering.

In an email, she said she is passionate about "offering a top-notch education to our younger generation making sure that scientific inquiry, creative expression and exploration are part of our curricula at every level."

"We are facing global challenges that will have to be addressed by the workforce we educate today, who must be ready to lead the creative disruption of the world’s most important high-tech industries," she wrote. "However, a question that must be addressed in parallel is ‘how sustainable is high-technology?’"

Breaking with the president, Droegemeier has spoken definitively about humans’ leading role in contributing to climate change, and Holdren sang his praises, calling him "a strong and determined leader."

Holdren said the Obama-era council produced many reports on energy and environment that shaped the administration’s policies on climate change. They included clean energy technologies, sustaining biodiversity and agriculture preparedness.