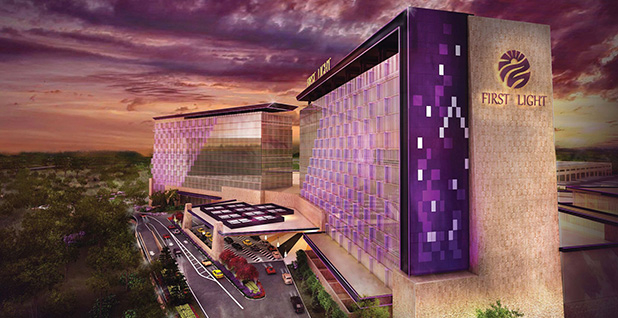 Government attorneys yesterday sought to mollify an unhappy federal judge who is overseeing a high-profile case over a Massachusetts tribe’s attempts to build a casino.

In a court filing, the Justice Department recounted how the Native American media had thoroughly reported on an Interior Department move that surprised the judge.

DOJ offered "regret" for "any concerns" that U.S. District Senior Judge Paul Friedman had about attorneys not directly informing him about the replacement of one important Interior solicitor’s opinion with another.

But the government’s explanation ordered by Friedman also quickly pivoted to the journalism coverage of the Interior solicitor’s actions in the case brought by the Mashpee Wampanoag Tribe.

Costello further noted that "media coverage of the Solicitor’s decision included a Law 360 Article dated March 25, 2020, in which the Tribe’s counsel of record commented on the updates and its impact on tribes."

Friedman put DOJ under the gun last Friday when he said he was "disturbed" to have belatedly discovered the solicitor’s opinion and accompanying shift in Interior’s legal analysis that occurred in early March (Greenwire, May 4).

"The Court frankly is shocked that the government did not bring this change to the Court’s attention and discuss its relevance, or lack thereof, to the pending [legal] motions," Friedman wrote.

The opinion concerned the Interior Department’s procedure for determining whether a tribe was "under federal jurisdiction" in 1934.

A Clinton administration appointee to the U.S. District Court for the District of Columbia, Friedman noted that Interior’s legal opinion was important to the case involving the Massachusetts-based tribe.

"Not only did the government fail to bring the withdrawal of the [opinion] to the Court’s attention when it should have — almost two months ago when the Solicitor deemed it contrary to law — but astonishingly, the flurry of activity that has developed in this case over the past month also did not prompt the government to act," Friedman wrote.

Substantively, Costello contended yesterday that Interior’s withdrawal of the solicitor’s opinion "does not impact the current litigation."

A tribe with about 2,000 enrolled citizens, the Mashpee Wampanoag seeks land for a big casino project. The Cape Cod-based tribe succeeded in 2015 in having 321 acres taken into trust.

On March 9, Interior Solicitor Daniel Jorjani withdrew a prior legal opinion from 2014 that spelled out a two-part test for answering the crucial federal jurisdiction question. He issued a new four-part test guiding the Bureau of Indian Affairs in deciding questions of placing land into trust.