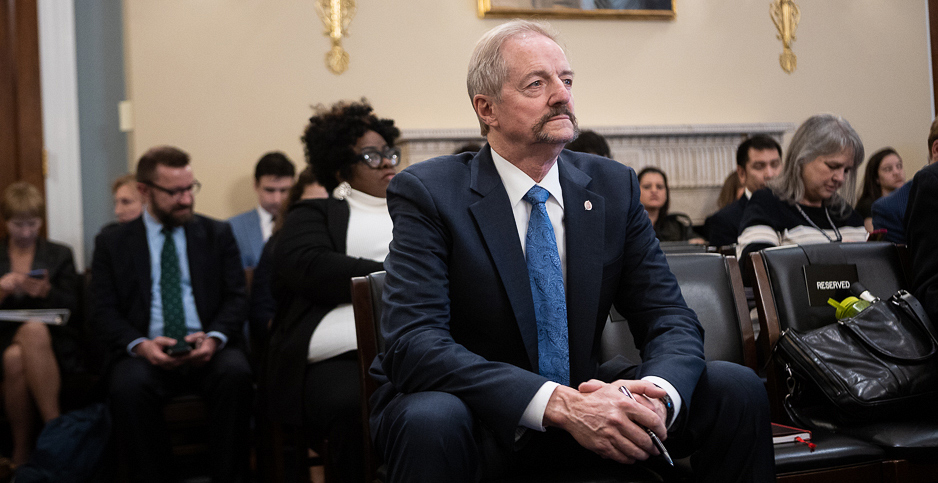 The outgoing Trump administration is following through on its vow to challenge a federal judge’s ruling that forbids William Perry Pendley from leading the Bureau of Land Management.

The Department of Justice yesterday filed a notice of appeal with the U.S. District Court for the District of Montana initiating the challenge of Chief Judge Brian Morris’ ruling this fall that Pendley "unlawfully" served as BLM’s de facto acting director for more than a year and barred him from continuing to do so (Greenwire, Sept. 25).

The appeal also covers a second order by Morris invalidating three revised resource management plans (RMPs) in Montana because Pendley took actions on each that he was not authorized to perform (Greenwire, Oct. 17).

The notice of appeal sends the case — initiated in a lawsuit filed in July by Montana Gov. Steve Bullock (D) — to the 9th U.S. Circuit Court of Appeals.

The notice does not include details on what aspect of Morris’ two orders that DOJ intends to appeal.

But the fate of the appeal is uncertain after President-elect Joe Biden is inaugurated next month; it’s widely expected that Biden’s administration will drop the appeal.

President Trump nominated Pendley for the Senate-confirmed BLM director’s post in June but withdrew the nomination a couple of months later after a large public outcry over the conservative lawyer’s past comments that federal lands should be sold (E&E News PM, Sept. 8). Pendley was Trump’s only nominee for BLM director during four years in office; Pendley remains the bureau’s top official.

DOJ filed the notice of appeal after Morris in October approved its motion for entry of judgment that finalized the judge’s two orders and set the stage for an appeal (Greenwire, Oct. 29).

But the Trump administration made no secret about its plans to appeal.

Interior Solicitor Daniel Jorjani has said in a statement that Morris’ ruling on Pendley "exercising the authority of director" of BLM "is erroneous, fundamentally misinterprets the law and unreasonably attempts to up-end decades of practice spanning multiple presidential administrations from both parties" (Greenwire, Sept. 30).

Jorjani has also said that Interior has used "succession orders" — including one signed by Pendley himself in May — at least 180 times over numerous administrations in the last two decades.

Thus, the appeal was expected, in part, because the potential fallout from Morris’ decision is significant.

Environmentalists have already seized on Morris’ second order tossing out the three Montana RMPs. A coalition of groups in October filed an amended lawsuit in Colorado challenging the legality of the updated Uncompahgre RMP due to Pendley’s involvement (Greenwire, Oct. 27).

Other lawsuits challenging RMPs and BLM planning decisions across the West are expected.

Pendley, Bernhardt and other top political appointees at Interior will be gone with Biden’s inauguration. But a number of legal experts have told E&E News they expected the appeal would be filed by the Trump administration anyway, if for no other reason than to insist that they did nothing wrong.

Pendley has been defiant in the months since Morris ruled he was leading BLM illegally. He told a Wyoming newspaper in the fall that Morris’ orders have had no impact on his role at BLM. "I’m still here, I’m still leading the bureau," he said (Greenwire, Oct. 9).

This prompted Morris to issue a stern warning to Pendley in his second order tossing out the three Montana RMPs that he better follow the order forbidding him from performing the duties of BLM director.

Morris, an Obama appointee, noted public comments by Jorjani that Interior would comply with the court order that Pendley cannot lead BLM.

"Other officials, including Pendley, appear more reticent in their acknowledgment of the effect of the Court’s September Order," Morris wrote. "The Court emphasizes again its previous finding: Only the Secretary of the Interior can perform functions or duties of the BLM Director."