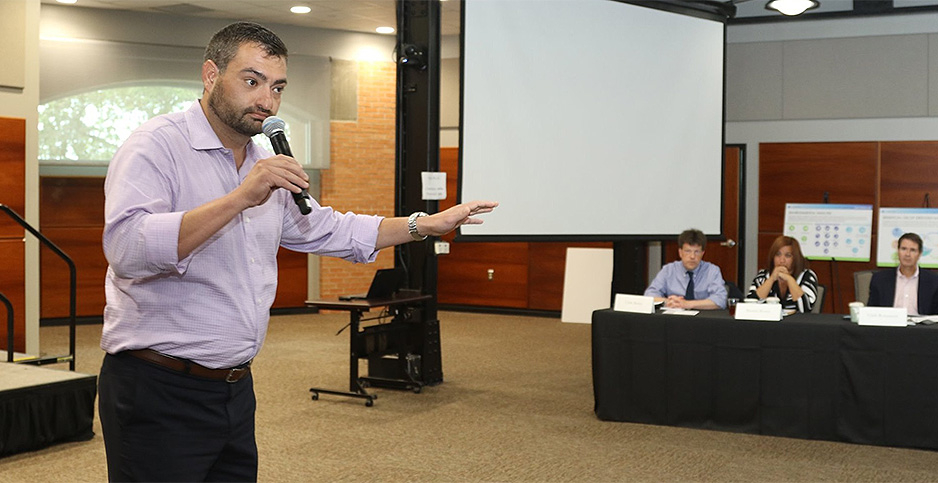 Located two blocks from the White House, the Federal Permitting Improvement Steering Council is a tiny office of six people. They work to coordinate the federal environmental experts reviewing some of the nation’s largest, most complex projects.

Now the council plans to nearly double its career staff of technical analysts and attorneys, bringing the total personnel to about 10, including two political appointees. Executive Director Alex Herrgott says he intends to maintain a "light footprint" to keep politics out of the process.

But the permitting agency’s growth comes at a time when environmental review issues are anything but apolitical.

"People say we speed up projects," Herrgott said. "I’m not interested in speed. I’m interested in getting the projects done in reasonable time frames and adhering to all of the environmental statues."

The council was created by the 2015 FAST Act, which Herrgott helped write when he worked for then-Environment and Public Works Chairman Jim Inhofe (R-Okla.). But it was dormant until Trump took office.

Herrgott’s staff do not conduct NEPA reviews, but they help the federal officials who do to meet their deadlines. They ensure ecological studies, for instance, are not duplicative.

"We are the shepherds of large projects," he said, noting they work with up to 15 federal agencies. "We are a process cop."

Environmentalists, however, find the entire effort fundamentally flawed. Earthjustice attorney Stephen Schima objected to the fact that the biggest, most controversial projects — with a $200 million investment — are allowed more limited review. And that the council’s involvement limits the potential for judicial review.

"The entire review process is tilted toward industry and project approval," Schima said.

For his part, Herrgott responded that he is "not trying to force yeses."

"I’m just trying to force decisions," he said. "It might not be a favorable decision for the project."

Since it launched, four projects have been canceled — two oil and gas pipelines and two renewables — according to the agency website.

Another three have been paused, while 23 have been completed. Of the completed projects, 12 were conventional energy, five were renewables, five were transmission lines and one was a nuclear plant.

Kabir Green, a senior advocate at the Natural Resources Defense Council’s land and wildlife program, said: "It can’t be a coincidence that the council is staffing up directly after moving to include mining — already one of America’s least regulated and dirtiest industries — into a fast-tracking process intended to boost infrastructure projects."

Currently, about half the council’s projects are renewables, and Herrgott could not say with certainty how the decision to include mining would affect its list.