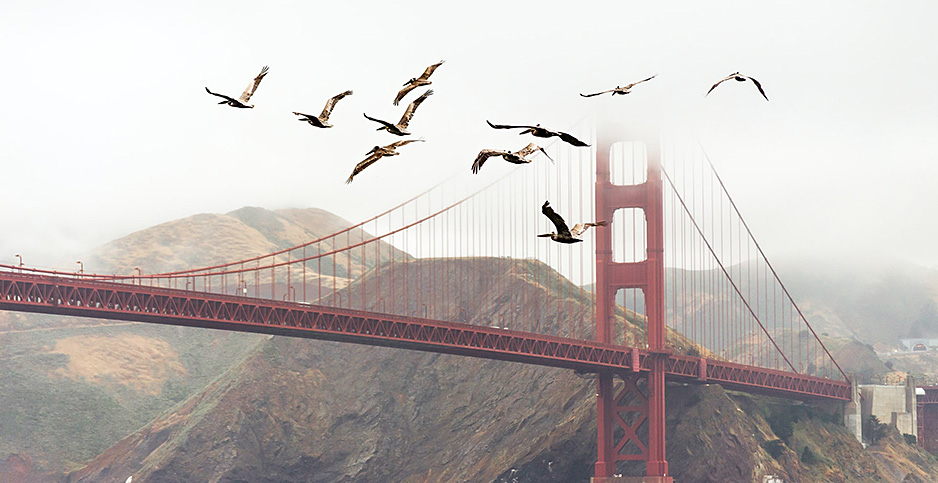 The Fish and Wildlife Service finished a rule today that shrinks Migratory Bird Treaty Act protections for more than 1,000 avian species, capping one of the Trump administration’s most controversial pro-industry initiatives.

Espousing a notion already rejected by one federal judge, the agency formally limited the 1918 bird protection law to cover only intentional killings. "Incidental take," like that caused by oil spills or power lines, will no longer trigger potential prosecution.

"This rule simply reaffirms the original meaning and intent of the Migratory Bird Treaty Act by making it clear that the U.S. Fish and Wildlife Service will not prosecute landowners, industry and other individuals for accidentally killing a migratory bird," Interior Secretary David Bernhardt said in a statement.

FWS’s environmental impact statement predicts that "negative impacts on migratory birds are expected to increase over time as more entities react to the certainty that incidental take is not prohibited" and that "for some industries … there would likely be cost savings from not implementing beneficial practices."

One practice, for instance, is to delay construction and vegetation clearing during migratory bird nesting season. FWS states that "some operators may choose to avoid such costs with no threat of enforcement under the MBTA" (Greenwire, Nov. 30, 2020).

"The Trump administration is kicking off the new year and its remaining weeks by finalizing its illegal bird-killer policy," said Sarah Greenberger, senior vice president for conservation policy at the National Audubon Society.

Greenberger added that "this brazen effort will most certainly be in vain as the administration already found out in court that it can’t unilaterally gut the Migratory Bird Treaty Act and its obligation to protect and conserve birds."

Noah Greenwald, endangered species director at the Center for Biological Diversity, agreed that "the only good news is that the courts have the power to, once again, strike down this reckless attack on one of America’s oldest and most important conservation laws."

"It is critically important that the House and Senate move quickly in the new Congress to pass my Migratory Bird Protection Act and that the incoming Biden administration moves just as quickly to fix this shortsighted rule," said Lowenthal, chairman of the Natural Resources Subcommittee on Energy and Mineral Resources.

FWS formerly considered actions that directly and foreseeably resulted in the death of a migratory bird as potential criminal conduct, even if unintentional. Courts call this strict liability.

The Deepwater Horizon oil spill in the Gulf of Mexico, notably, resulted in BP PLC paying $100.1 million in MBTA-related fines. The fines were deposited in the North American Wetlands Conservation Fund and used to protect or restore wetland habitat for migratory birds.

An Interior solicitor’s opinion issued in December 2017 reversed the Obama administration’s interpretation and asserted the law covered only intentional killings.

"Interpreting the MBTA to apply to incidental or accidental actions hangs the sword of Damocles over a host of otherwise lawful and productive actions, threatening up to six months in jail and a $15,000 penalty for each and every bird injured or killed," the Trump administration’s opinion stated.

The regulation will help lock in the opinion of the Interior solicitor’s office that incidental bird take resulting from an otherwise lawful activity is not prohibited under the MBTA.

"The Trump administration is committed to using science and the law as the foundation of our decisions at the Service," FWS Director Aurelia Skipwith said, adding that the move will provide "regulatory certainty."

Judge Valerie Caproni of the U.S. District Court for the Southern District of New York struck down last August the Interior legal opinion that removed penalties for activities or hazards, such as oil pits or power line electrocutions, that result in the accidental taking of a migratory bird.