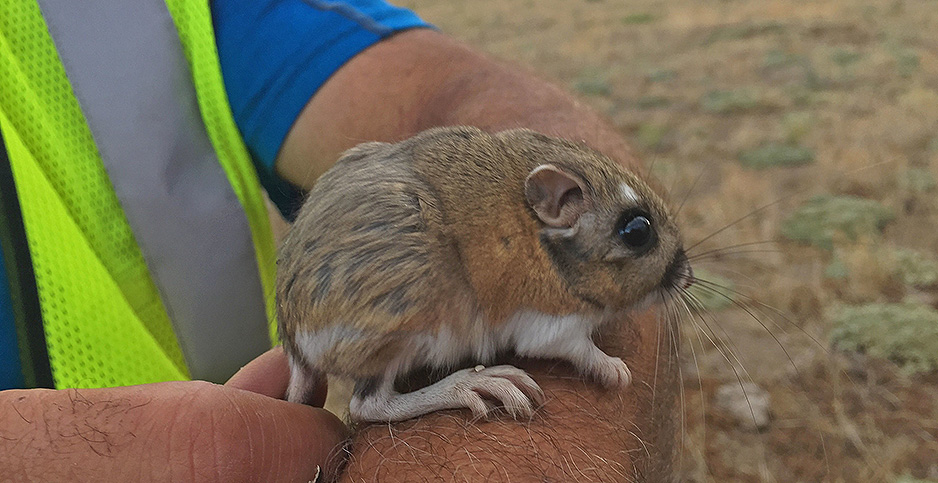 The proposed downlisting under the Endangered Species Act would loosen some protections for the small nocturnal rat, though not removing them altogether as some farmers and developers have long wanted.

"We have found that the current viability of the Stephens’ kangaroo rat is higher now than at the time of listing as an endangered species under the Act, due to implementation of extensive conservation actions and management," the Fish and Wildlife Service said.

In particular, the agency noted the establishment of eight "adaptively managed" reserves in Riverside County and Defense Department efforts on two military facilities in San Diego County that together have conserved approximately 28,567 acres.

"However, the lingering effects of past development have left the habitat fragmented and populations isolated," FWS cautioned. "We expect this threat to manifest itself in the future if not managed."

As part of that ongoing habitat management, the federal agency is proposing a so-called 4(d) rule that provides for some flexibility with threatened species protections.

Instead of a flat-out prohibition on harming the species, the proposed 4(d) rule would allow exemptions for certain actions including livestock grazing, wildfire management and invasive plant removal that can conserve rat habitat.

The Stephens’ kangaroo rat has come a long and tortuous way.

The species was listed as endangered in 1988, in large part due to the permanent loss of habitat resulting from urbanization and other land uses.

Other threats include wildfire and associated suppression efforts as well as the spread of invasive plants. Some past threats, including grazing activities and unauthorized off-road vehicle use, have lessened or been ameliorated, officials say.

In 2010, FWS rejected two petitions to delist the species, but a status review the next year recommended that the rat be reclassified as threatened (Greenwire, April 22, 2004).

"According to a new and refined population analysis, the rat is more than able to overcome current threats to its existence and to persist into the foreseeable future," the petition stated.

The Pacific Legal Foundation filed the 2014 petition on behalf of the Riverside County Farm Bureau and the Center for Environmental Science, Accuracy & Reliability (CESAR). Interior Secretary David Bernhardt, while in private practice, was a board member of the latter organization from about 2014 to 2016.

Since joining Interior, Bernhardt was covered by a two-year recusal from actions involving CESAR that remained in effect until August 2019.

FWS in 2015 concluded that delisting still was not warranted.

Precise population numbers remain elusive for the burrow-inhabiting mammal, which weighs in at about 2 ounces.

"However, based on the survey information that is available, we conclude that the Stephens’ kangaroo rat continues to occur in suitable habitat across its range with some areas having relatively abundant seemingly stable populations," FWS said today.