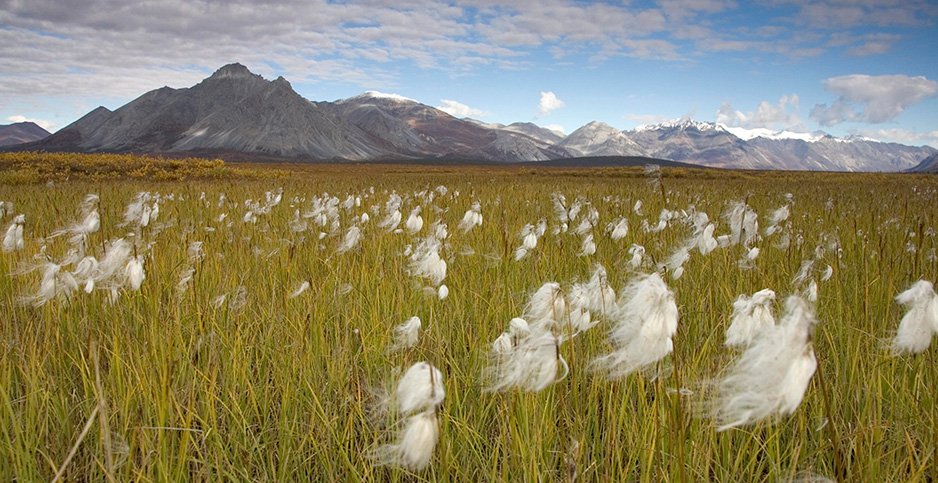 A view of the Arctic National Wildlife Refuge in Alaska. Hillebrand/U.S. Fish and Wildlife Service

The Trump administration today finalized the first ever oil and gas leasing program in the Arctic National Wildlife Refuge.

The move sets up potential exploration, drilling and production of crude oil and natural gas in a pristine ecosystem within the Arctic Circle, just east of the declining Prudhoe Bay oil field that was once Alaska’s crown jewel.

While environmental groups have promised a barrage of litigation to stymie the new leasing program, today’s action represents significant progress in the administration’s quest to allow oil and gas to take root in the refuge.

The record of decision signed today is a "major step for Interior and the United States," said Interior Secretary David Bernhardt in a call with reporters this morning, noting that there "certainly could be a lease sale by the end of the year."

Lawmakers opened part of the 19.3-million-acre refuge to oil development in the Republicans’ 2017 tax reform package, breaking a nearly 40-year blockade on development.

Congress tasked Interior with creating a leasing and development program and holding two oil and gas auctions, one by 2021 and a second by 2024 (Energywire, July 23, 2019).

Aside from a single exploratory well drilled in 1986, no development has yet taken place in ANWR, where interest is high but development would be expensive.

The U.S. Geological Survey has estimated that ANWR holds the single largest remaining onshore oil reserve in the country.

President Trump, who has in the past touted ANWR drilling, undermined his own administration’s news by denying he had decided to allow drilling in the refuge shortly after a Wall Street Journal interview with Bernhardt broke the news.

Bernhardt declined to comment on the president’s exchange during a call with reporters. "I’m not aware of what the president specifically said," he said.

Senate Energy and Natural Resources Chairwoman Lisa Murkowski (R-Alaska), who authored the tax bill provision opening ANWR, today said the record of decision was a "capstone moment" in the work to allow development of a "small part" of the refuge.

"New opportunity in the [Arctic Coastal Plain] is needed both now, as Alaskans navigate incredibly challenging times, and well into the future as we seek a lasting economic foundation for our state," she said in a statement.

Actual drilling is likely a long way off, if it happens at all, said Carl Tobias of the University of Richmond School of Law.

He noted that violations of process have been an Achilles’ heel for the administration in its energy dominance efforts, as have violations of the National Environmental Policy Act.

"I think there are lots of procedural questions about whether what Interior has done is sufficient," he said of the "noise" about litigation.

Reporters asked Bernhardt this morning about whether the environmental review and record of decision met congressional demands to consider the full impact of leasing, drilling, development and transportation of fossil fuels.

He said the appropriate "scope" of the environmental review was something he had "looked at very closely."

"I would not be going forward if I was not very comfortable with the lines we drew in this case," the secretary said.

In a statement, Bernhardt said the oil program met the "legal mandate that Coastal Plain leaseholders get the necessary rights-of-way, easements and land areas for production and support facilities they need to find and develop these important Arctic oil and gas resources."

The response from environmental groups today was immediate and hinted at court action.

Matt Lee-Ashley, a senior fellow at the left-leaning Center for American Progress, said an oil and gas sale would be "environmentally catastrophic" and called the environmental analysis undergirding an oil and gas program in the coastal plain "laughably indefensible."

Kristen Monsell, an attorney for the Center for Biological Diversity, criticized drilling in a pristine location at a time when global markets are awash with oil.

"There’s no good time to open up America’s largest wildlife refuge to drilling, but it’s absolutely bonkers to endanger this beautiful place during a worldwide oil glut," she said.

The president argued on Fox News this morning that he "should go down as a great environmental president," noting the Great American Outdoors Act, a major bipartisan package that passed this summer, and the ANWR leasing program, "a big deal that Ronald Reagan couldn’t get done, nobody could get done."

The president has also said he will review the contentious Pebble mine in Alaska as prominent conservatives, including his son Donald Trump Jr., call for blocking it (see related story).

Trump cited energy and hydraulic fracturing as two of the issues that differentiate him from former Vice President Joe Biden, the Democratic Party’s presumptive presidential nominee.

Biden has said he is "totally opposed" to drilling in the refuge. His climate plan includes a commitment to block new permitting on federal land and extends ANWR protections indefinitely.

Asked this morning about election-time pressures, Bernhardt said he will move "expeditiously" but said he is "not really driven by the political dynamics."

Ultimately, he said, the leasing in ANWR has to progress because Congress has mandated it. "That’s a reality Congress created," he said. "The issue now is how do we go about it and how durable that is."