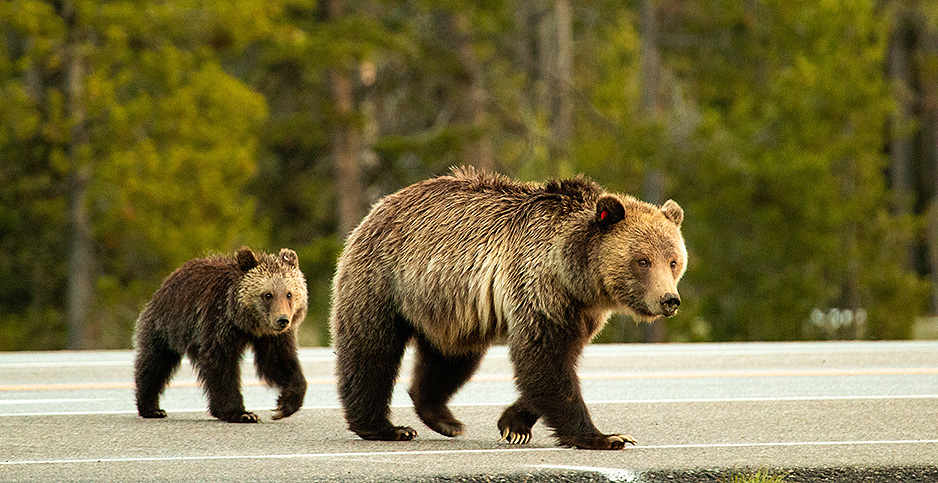 The grizzly bear’s future as a protected species will get another gander, as the Fish and Wildlife Service today initiated a full-bore study of the iconic animal.

The review will mark the federal agency’s first comprehensive update on the grizzly bear since 2011 and could lead to proposed revisions of its Endangered Species Act status. At the least, the assessment process and its 60-day public comment period will give experts and advocates alike an opportunity to weigh in.

"In conducting these reviews, we consider the best scientific and commercial data that have become available since the listing determination or most recent status review," the Fish and Wildlife Service stated today.

FWS first listed the grizzly bear in the Lower 48 as a threatened species in 1975. By 2018, the agency identified five small populations totaling 1,800 bears. The Greater Yellowstone Ecosystem population was the first population to be delisted, but the decision was subsequently reversed through litigation.

About 700 grizzly bears currently live in the Greater Yellowstone Ecosystem, which includes portions of northwest Wyoming, southwest Montana and eastern Idaho. The population’s on-again, off-again delisting is now before the 9th U.S. Circuit Court of Appeals, with oral argument expected to be held this spring in Portland, Ore., according to the most recent court filing (Greenwire, July 31, 2019).

The five-year status review of the Lower 48 bear population announced today is another spinoff from litigation.

In a lawsuit, the Center for Biological Diversity noted that FWS had failed to complete the required status review on time. A subsequent settlement calls for the work to be finished and published no later than March 31, 2021.

"Grizzlies in the lower 48 still face an uphill battle to recovery," Andrea Santarsiere, a senior attorney for the Center for Biological Diversity, said in a statement last year.

The last five-year review noted that the grizzly bear once inhabited an expanse from Alaska to central Mexico, and that its population by the 1930s had fallen to an estimated 2% of its prior levels.

"Thus, the plan no longer reflects the best available and most up-to-date information on the biology of the species and its habitat," the agency reported in its 2011 status review.

The North Cascades Ecosystem contains no confirmed grizzly bears in the United States, and the Bitterroot Ecosystem currently has no known bears but provides suitable bear habitat, according to the 2011 status review.

As a highly charismatic species, the grizzly bear is likely to attract many heartfelt opinions during the upcoming public comment period, although Fish and Wildlife Service officials are asking for specificity more than raw sentiment.

"The information and recommendations that will be most useful and likely to be relevant to agency decisions are those supported by quantitative information or studies and those that include citations to, and analyses of, the applicable laws and regulations," the agency noted.