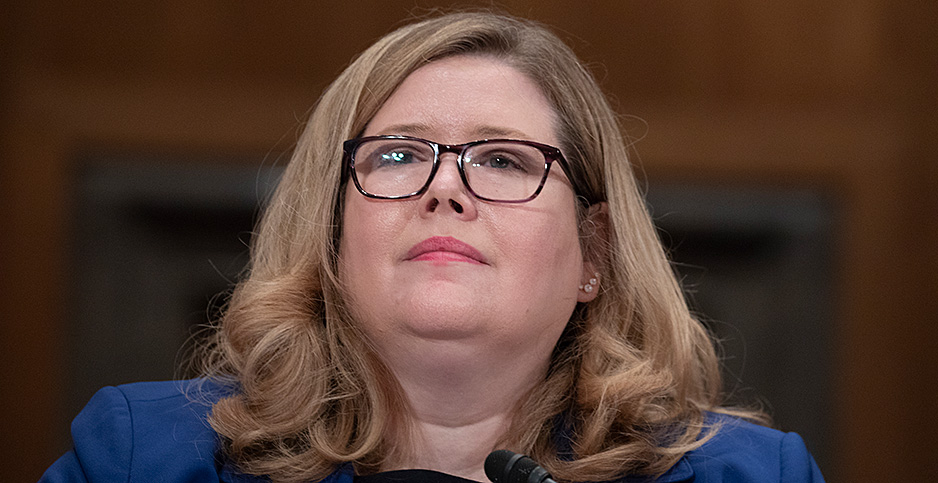 GSA Administrator Emily Murphy said in a letter to Biden she would make resources and services available to help with a presidential transition.

"I take this role seriously and, because of recent developments involving legal challenges and certifications of election results, am transmitting this letter today to make those resources and services available to you," Murphy said.

The GSA administrator ascertains the "apparent" winner of the race under the Presidential Transition Act and then frees up federal funds and access to agencies’ staff and documents to the president-elect’s transition team.

News outlets called the 2020 presidential election for Biden on Nov. 7. But he was forced to wait 16 days until yesterday when GSA determined the transition could move forward.

President Trump has disputed the election results and tried to overturn them through litigation and lobbying state lawmakers to swing electors his way. Those efforts have fallen flat as states have begun to certify their vote totals.

Pressure on GSA to begin the transition has been growing, with more Republican lawmakers acknowledging Biden’s win and several saying, including the president-elect, that delaying the transition could cost lives during the COVID-19 pandemic.

In her letter, Murphy said she was never pressured by "any Executive Branch official," including in the White House or GSA, on the timing of her ascertainment letter.

"Please know that I came to my decision independently, based on the law and available facts," Murphy said. "To be clear, I did not receive any direction to delay my determination."

Yet soon after her letter was shared with reporters, Trump said he had recommended Murphy and GSA move forward with the transition.

"Our case STRONGLY continues, we will keep up the good fight, and I believe we will prevail!" Trump tweeted. "Nevertheless, in the best interest of our Country, I am recommending that Emily and her team do what needs to be done with regard to initial protocols, and have told my team to do the same."

Murphy noted she had faced "thousands of threats" against her, her family, her staff and her pets. She also urged Congress to consider amending the law governing transitions since she believed GSA should not be deciding elections.

"I strongly believe that the statute requires that the GSA Administrator ascertain, not impose, the apparent president-elect," Murphy said. "I do not think that an agency charged with improving federal procurement and property management should place itself above the constitutionally-based election process."

With Trump contesting the results, GSA waited to ascertain the 2020 race’s winner, citing precedent by the Clinton administration after the 2000 election. Then the agency only authorized the George W. Bush transition team’s use of federal money and office space 36 days after the election, when Al Gore conceded (Greenwire, Nov. 2).

Biden’s team will now receive $6.3 million to help with the transition, Murphy said in her letter. Another $1 million is authorized to fund orientation sessions for the president-elect’s appointees and a transition directory.

Biden’s transition team already had federal office space in the Commerce Department headquarters, although its staff has been working remotely to avoid exposure to the coronavirus.

With the transition, however, moving into the next gear, the team will not only have more federal funds but access to classified information, background investigations and security clearances, calls with foreign leaders facilitated by the State Department, as well as access to agencies’ personnel and facilities.

After the GSA letter was released, Yohannes Abraham, the Biden transition team’s executive director, said in a statement, "Today’s decision is a needed step to begin tackling the challenges facing our nation, including getting the pandemic under control and our economy back on track."

"In the days ahead, transition officials will begin meeting with federal officials to discuss the pandemic response, have a full accounting of our national security interests, and gain complete understanding of the Trump administration’s efforts to hollow out government agencies," Abraham said.

Agencies are expected to follow GSA’s lead and welcome the transition in the coming days.

"We will comply with any protocols directed by GSA," EPA spokesman James Hewitt told E&E News.

Conner Swanson, an Interior Department spokesperson, told E&E News that in May, per the Presidential Transition Act, Interior established its transition team, which is led by a director and made up of senior career officials from each of the department’s major bureaus and offices.

"They will continue to comply with all requirements under the law," Swanson said.

Press officials for the Department of Energy didn’t respond last night to questions for this story.