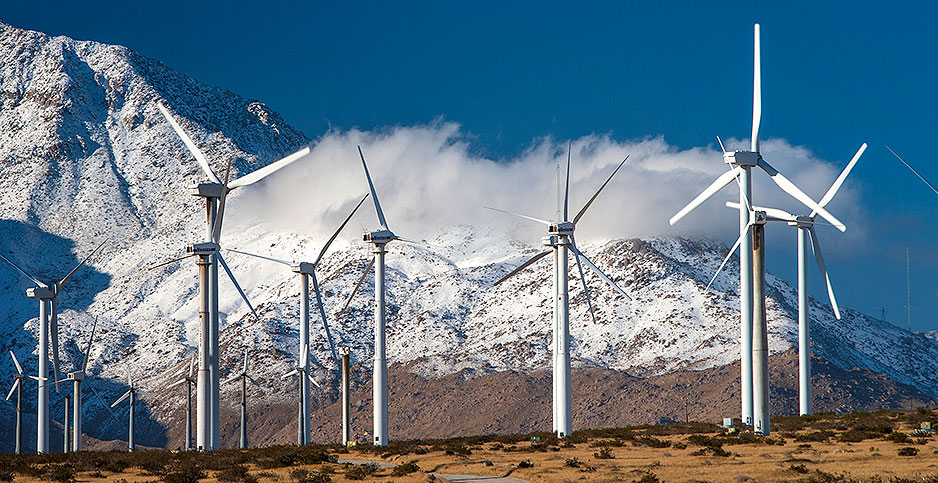 The Trump administration is poised this year to do what congressional Democrats and other critics of the president’s "energy dominance" campaign have been demanding for months: advance large-scale renewable energy projects on federal lands.

By summer, the Bureau of Land Management plans to have issued records of decision (RODs) approving five commercial-scale solar and wind projects, as well as a major proposal to open 21,000 acres in Southern California for geothermal energy leasing, according to a BLM state-by-state priority project list obtained by E&E News.

To be sure, the priority list includes plenty of high-profile fossil fuel and mining projects, including issuing an ROD by April for a revised management plan that could open up sensitive wildlife habitat within the National Petroleum Reserve-Alaska to oil drilling.

But the priority list under President Trump also includes target dates to issue final approvals for:

The projected approval dates come as conservation groups and congressional Democrats have criticized Trump’s focus on oil and gas drilling and mining on federal lands.

To date, BLM under Trump has approved only two solar power projects on federal lands, and no wind or geothermal projects.

BLM, as it has done for months, insists that solar, wind and geothermal energy have always been a part of the administration’s "all-of-the-above energy approach," though the bureau added in an emailed statement that what projects get done are "subject to free markets."

"The number of pending proposals for any type of energy development, including renewables, is driven by the number of applications we receive — which in turn is driven by market forces beyond our control," the statement says.

BLM ‘caught in their own little box’

Rather, Sklar suggested the administration doesn’t have any choice but to make at least some effort to advance renewable energy projects, especially solar, now that "the industry is starting to get up to scale."

If the Trump administration is going to conduct an American "energy dominance" campaign, he said, it can’t push to increase offshore oil production, for example, and not support offshore wind energy.

"Not that it’s in their hearts, but they can’t deny it," he said of renewables’ place in the energy market.

"They’ve supported oil and gas development on federal lands, so why would you not support renewable energy? In the end, they’re caught in their own little box," he said.

He added, "They are just sort of stuck, even though they probably wish [renewable energy] would just go away."

The administration’s motivation is less important to congressional Democrats than the fact that solar, wind and geothermal power project applications are being processed.

But some of the proposed renewable energy projects, including the Gemini Solar Project in Nevada, have raised concerns among environmental groups.

The Fish and Wildlife Service recently issued a biological opinion that estimated construction and operation of the Gemini project would kill or harm as many as 1,825 threatened Mojave Desert tortoises during its 30-year life (Greenwire, Nov. 15, 2019).

The project developer, Quinbrook Infrastructure Partners, would be able to mitigate impacts to the tortoise, the FWS report concluded.

Kevin Emmerich, co-founder of the Nevada-based group Basin and Range Watch, is not convinced.

Emmerich said the proposal "would greatly impact the robust desert tortoise population" within the boundaries of the project site. "The BLM should cancel their review of this project and designate a conservation area in this location under their next Resource Management Plan review — not allow a solar developer to destroy so much habitat," he said.

Meanwhile, BLM says it will continue to promote all forms of energy development on federal lands.