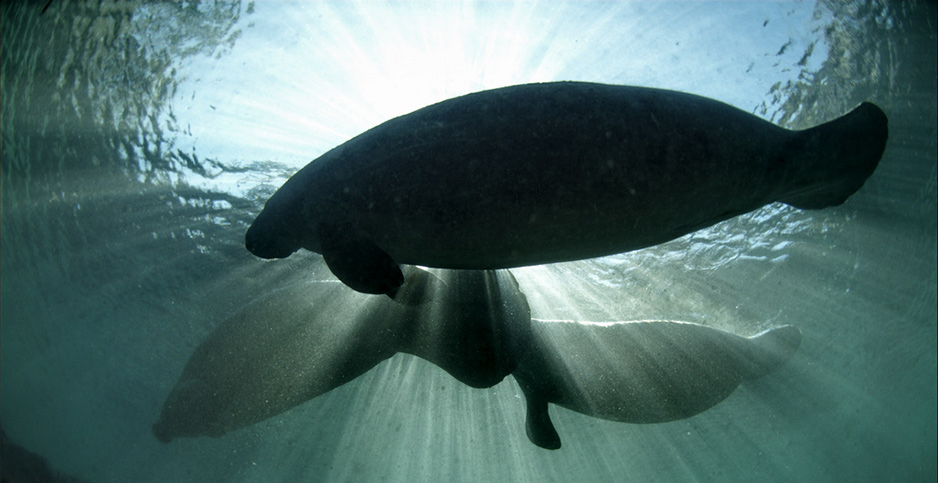 Manatees are seen in Florida's Crystal River National Wildlife Refuge. The refuge, established in 1983, is a critical habitat for the threatened Florida manatee. David Hinkel/USFWS/USFWSHQ/Flickr

The Fish and Wildlife Service today proposed new rules that could make it easier to shrink future critical habitats designated under the Endangered Species Act.

Opening a new front in the Trump administration’s multipronged bid to reshape the ESA, the agency declared its latest proposal is intended to "articulate clearly when and how FWS will undertake" an analysis of whether to exclude certain lands from critical habitat.

"The proposed regulations would provide greater transparency for the public, improve consistency and predictability for stakeholders affected by ESA determinations and stimulate more effective conservation on the ground," FWS Director Aurelia Skipwith said in a statement.

The practical effect, in part through the identification of what the agency called a "non-exhaustive list of categories of potential impacts for FWS to consider," could be more exclusions designed to avoid disrupting development.

Citing school or hospital projects as examples, FWS said the "benefits of exclusion may include avoidance of additional permitting requirements, time delays, or additional cost requirements to the community development project … due to the designation of critical habitat."

Federal lands, too, may become easier to keep out of future critical habitat designations.

"We will now consider whether to exclude … Federal lands on which non-Federal entities have a permit, lease, contract or other authorization for use where the benefits of exclusion outweigh the benefits of inclusion, so long as the exclusion of a particular area does not cause extinction of a species," FWS said.

Jamie Rappaport Clark, president and CEO of Defenders of Wildlife, said in a statement that the new proposal "puts a heavy thumb on the scale in favor of developers and industry, making it even easier to exclude areas from designation as critical habitat."

Under the ESA, critical habitat is that deemed "essential for the conservation of the species."

Any federal agency seeking to authorize, fund or carry out an action on designated land must first consult with FWS to ensure that the action is not likely to destroy or damage a critical habitat.

But recent litigation has made such decisions more murky.

In a 2018 Supreme Court decision, Chief Justice John Roberts observed that the ESA does not provide a "baseline definition" of habitat.

Robert’s declaration came in a case launched after FWS, in 2012, included more than 1,500 acres of private land in Louisiana in its critical habitat for the dusky gopher frog. The frog used to be found throughout coastal Alabama, Louisiana and Mississippi, but most individuals now live around a single pond in Mississippi.

The Louisiana landowners argued that the 1,544 acres doesn’t qualify as critical habitat because the land would need restoration to be useful.

The ESA states that critical habitat is to be designated "on the basis of the best scientific data available and after taking into consideration the economic impact, the impact on national security, and any other relevant impact."

The regulations proposed today would provide categories of "other relevant impacts" that may be considered, including public health and safety; community interests; and the environment, such as increased risk of wildfire or pest and invasive species management.

"The proposal does increase the likelihood that FWS will exclude an area from critical habitat," Ya-Wei Li, director for biodiversity with the Environmental Policy Innovation Center, said in an email.

In part, Li said, this is because FWS has, "for the first time ever, adopted the policy that if the benefits of exclusion outweigh the benefits of inclusion, then the agency ‘shall’ exclude that area" as opposed to this simply being the "general practice."

"Even though the proposed rule does constrain the scope of critical habitat, I agree with FWS that it also offers more transparency about how the agency will carry out its … exclusion analysis," Li added.