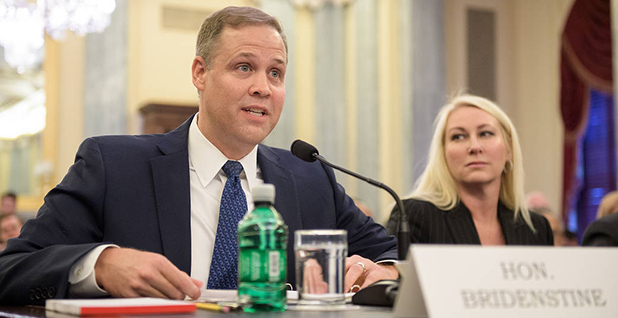 The Trump administration has quietly restarted the National Climate Assessment after public outcry over its delay.

A key step in the progress of the National Climate Assessment — the solicitation for authors to work on the project — was delayed for months, E&E News has reported (Climatewire, Oct. 5).

After public outcry, NASA restarted the process, publishing a Federal Register notice Thursday on behalf of the U.S. Global Change Research Program that it was seeking lead authors and researchers for the assessment.

Donald Wuebbles, a climate scientist at the University of Illinois who co-led the first volume of the Fourth National Climate Assessment, said he hopes the process moving forward means that it will be protected by Kelvin Droegemeier, President Trump’s science adviser. He said Droegemeier is doing what he can behind the scenes to make sure the fifth assessment proceeds correctly.

Still, Wuebbles is concerned political interference could affect the process.

"We have the president who doesn’t accept scientists as being meaningful. I feel worried about everything," he said. "I think there will be a whole lot of action if we have a change in administration."

The delay had been criticized by Democratic presidential nominee Joe Biden as an example of the Trump administration’s war on science.

"Climate change is already here, and ignoring science won’t make it go away," the former vice president tweeted earlier this month about the administration’s delay of the assessment. "If we give the Trump Administration another four years, we’ll lose irreplaceable time to combat it."

The National Climate Assessment relies on hundreds of studies and is produced by dozens of researchers. The most recent version, released in 2018, identified the way climate change uniquely affected different regions across the country and can be used by policy planners and local governments to prepare for future conditions.

Delays in the assessment, which is congressionally mandated, have occurred in both Democratic and Republican administrations.

But the Trump administration has aggressively targeted the assessment. It released the fourth climate assessment the day after Thanksgiving 2018 in an attempt to draw less attention to its findings, which showed how global warming was transforming all parts of the country (Climatewire, Nov. 23, 2018).

That effort backfired, because the attempt to bury the findings ultimately drew more attention to the issue.

Trump later dismissed the report, saying he did not "believe it," and supported a White House effort to conduct a hostile review of the assessment. Administration officials have said the hostile review would likely take place if Trump wins a second term.

Trump has routinely dismissed climate science, which he calls a "hoax," and has recently said that natural variation, not global warming, was fueling California’s record wildfires.

By law, Congress and the White House are supposed to receive a report no less than every four years on the state of climate change and its impacts on humanity and the natural world.

The fourth version made clear that Trump’s criticism of the science is not grounded in reality. "Earth’s climate is now changing faster than at any point in the history of modern civilization, primarily as a result of human activities," noted the authors.

The U.S. Global Change Research Program will be accepting nominations for authors until Nov. 14, almost two weeks after Election Day. It is expected to be published in 2023, a year later than expected.

Wuebbles said he hopes the report can remain free from political interference.

"The science is clear, there is no real debate about it. Why are we acting like there is a debate about it?" Wuebbles said. "Let’s move on and figure out the right solutions, and those solutions can’t be companies will just do the right thing."