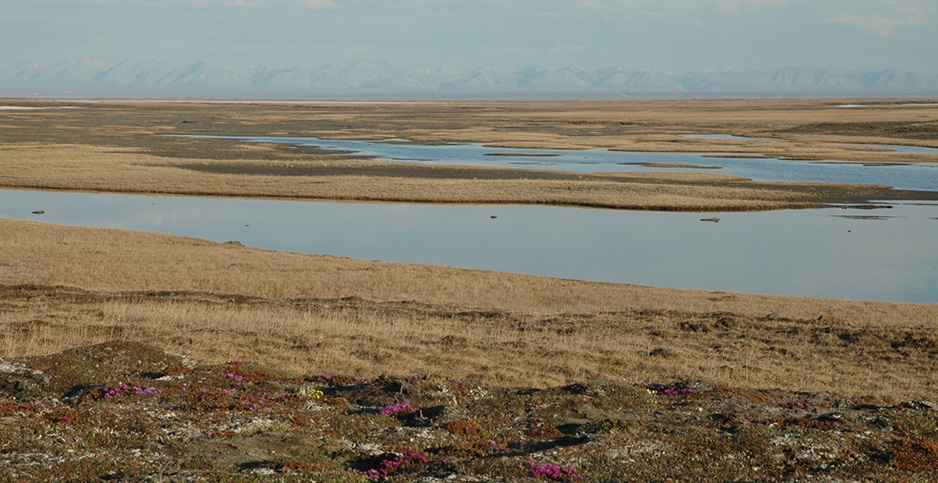 The Bureau of Land Management advanced a landmark plan to allow the broadest possible oil and gas lease sale in the Arctic National Wildlife Refuge yesterday, moving forward a long-sought approach to potential development in the face of opposition that has brewed for decades.

BLM’s final environmental impact statement (FEIS) is one of the last steps before the oil and gas leasing program mandated by Congress in the 2017 tax overhaul can yield the first lease sale in ANWR’s wilderness.

BLM’s preferred option — one of four considered by the agency — offers the largest swath of the coastal plain to industry with the fewest restrictions. If leasing proceeds under that plan, nearly all of the coastal plain’s 1.6 million acres would be open for energy leasing, along with provisions that the bureau argues would protect wildlife.

Nevertheless, it drew quick condemnations from drilling opponents who were fresh off a victory on Capitol Hill. The announcement came hours after a bill passed the House repealing the ANWR drilling program. But it is not expected to pass the Senate. President Trump would not sign it (Greenwire, Sept. 12).

BLM Alaska Director Chad Padgett told reporters yesterday that BLM is on track to hold the first oil and gas lease sale by the end of the year. He said offering the full 1.6 million acres for lease offered the proper balance between energy and other resources.

Interior Secretary David Bernhardt said in a tweet late yesterday the BLM review was a milestone "the people of Alaska have been waiting for over 40 years."

But critics accused the Interior Department of using the FEIS to overshadow the House vote.

"It’s hard not to be anything but suspect of BLM’s rushed announcement," Adam Kolton, executive director of the Alaska Wilderness League, said in a statement.

The left-leaning Center for American Progress called the plan "seriously deficient" and argued that it "ignored or understates every type of impact that drilling will have."

The center said BLM’s stated expectation that oil and gas activity could harm or kill polar bears, without providing an estimate of how many would be hurt, was one example of the review’s failings.

The oil industry has long disputed that responsible development in ANWR would have catastrophic effects, noting that just 2,000 acres of long-term disturbance is allowed by Congress.

BLM said its "preferred alternative" would bind oil and gas activities to dozens of "required operating procedures," such as reshaping slopes that have been disturbed or establishing spill response procedures ahead of construction.

In the call with reporters yesterday, Padgett compared operating guidelines for the coastal plain to those in use in the National Petroleum Reserve of Alaska, which lies on the North Slope west of ANWR. A"robust" leasing program could generate an estimated 25,000 jobs and more than $900 million in annual revenue from drilling in the refuge, he said.

But the BLM director said the preferred alternative would still protect large wildlife with development setbacks at waterways to allow caribou to congregate in areas where there are fewer insects; it would also place limitations on activity during calving season and restrictions on work in known denning areas for polar bears.

Conservation groups contested some of those assertions.

The Center for American Progress said that the preferred plan appears to lack protections for bears, even though the BLM said bears "have been shown to den in the program area with greater frequency than expected."

The proposed leasing program includes about 20,000 acres on the far west side of the refuge where the boundary is under dispute with the state. Former Interior Assistant Secretary Joe Balash, who left the department last month after leading the push to lease in ANWR by year’s end, had said that area would not be auctioned if the dispute was unresolved.

Despite its name, the final EIS isn’t the final step. The leasing program requires a record of decision, and BLM still needs to issue a call for nominations, where industry can weigh in on the upcoming lease sale.

The Trump administration’s tight timeline for the planned sale has been criticized by Democrats, conservation groups and Alaska Natives from the Gwich’in tribe.

Documents provided to E&E News, from a public records request by the environmental law firm Trustees for Alaska, show internal pressure at land management agencies to get the analysis done at a rapid clip. Politico recently reported that the accelerated pace and the political drive to lease in the refuge had railroaded the findings of some career scientists when critical of development.

"We’re up against so much dishonest and misleading statements. It’s hard," said Bernadette Demientieff, executive director for the Gwich’in Steering Committee.

The Gwich’in have cultural ties to the Porcupine caribou herd and depend on those animals for food. Although Gwich’in don’t live in the refuge, they have long disputed drilling proponents and Trump administration officials’ claims that the caribou herd will be unaffected by industry.

Demientieff said yesterday was a "bipolar" day — from a high of the House vote to end the ANWR leasing program to the low of the afternoon publication of the leasing program’s environmental review.

"We don’t expect no development," she said. "We are not naive. We understand this is a tough fight."

But it’s one she said they intend to keep fighting, hoping for a friendly administration to follow Trump, until permanent protections exist for the coastal plain.

But Alaska’s congressional delegation applauded Interior’s push for drilling in what represents a historic change for the state’s oil and gas industry.

"Alaska has shown time and again, we can responsibly develop our resources, under the highest environmental standards, to grow our state and significantly contribute toward the goal of energy dominance for our country," said Sen. Dan Sullivan (R) in a statement.