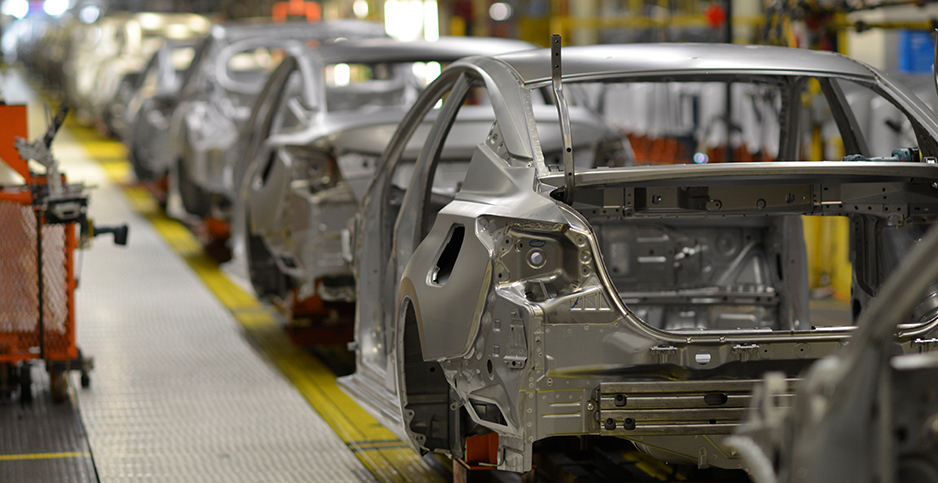 The Trump administration is altering its rollback of Obama-era clean car rules in response to concerns from the air-conditioning and refrigeration industry, E&E News has learned.

In its proposal for the rollback, the Trump administration suggested eliminating compliance credits for automakers that install less-polluting air conditioners in their vehicles.

But in its final rule expected this spring or summer, the administration plans to restore the credits after hearing from concerned air-conditioning and refrigerant companies, according to a source with knowledge of the matter.

The less-polluting air conditioners rely on safer alternatives to hydrofluorocarbons, or HFCs. While short-lived in the atmosphere, HFCs are thousands of times more potent as greenhouse gases than carbon dioxide.

Several air-conditioning and refrigeration companies raised strong objections to the car rules proposal. They said it could encourage automakers to continue using HFCs despite their proven damage to the climate.

The companies were especially concerned, the source said, in light of the Trump administration’s inaction on the heat-trapping gases.

President Obama had made phasing out HFCs a key plank of his climate agenda. The 2016 Kigali Amendment to the Montreal Protocol calls for a global step-down of the heat-trapping pollutants. Nearly 200 countries have said they’re on board with Kigali.

But President Trump has not sent the amendment to the Senate for ratification. EPA has proposed rolling back a rule aimed at preventing HFC leaks. And a federal court has vacated Obama EPA efforts to phase out the potent greenhouse gases nationally (Greenwire, April 5).

When crafting the clean car standards, the Obama EPA provided several credits to help automakers comply with the rules. Its goal was to reward automakers for installing technology that reduces greenhouse gas emissions, even if that technology isn’t directly related to the engine.

Besides less-polluting air conditioners, automakers can also receive credits for producing more electric vehicles and for installing start-stop technology. Most automakers could not meet the Obama-era standards last year without relying on some credits, EPA concluded in its recently released "Automotive Trends" report.

The credits are a largely overlooked component of the car rules rollback. Most news reports have focused instead on the freeze of fuel economy requirements at 2020 levels and the looming legal battle with California.

Several air-conditioning and refrigeration companies — including Honeywell International Inc. and Chemours Co. — filed regulatory comments blasting the proposal to scrap the air-conditioning credits. They warned that the move could encourage automakers to switch back to HFCs, undermining nearly a decade of environmental progress.

Chemours said in its comments that the Trump administration had "created a cloud of uncertainty" over the mobile vehicle air-conditioning (MVAC) market.

"This cloud not only threatens to upend the current transition in MVAC refrigerants … away from hydrofluorocarbons, specifically HFC-134a, but also creates the prospect — previously thought to be highly unlikely — that original equipment manufacturers might be motivated to ‘switch back’ to HFCs," the company warned.

Honeywell echoed those concerns. It also hinted the proposal would jeopardize thousands of manufacturing jobs in states that backed Trump in the 2016 presidential election.

Honeywell recently opened a manufacturing facility in Geismar, La., that produces a safer alternative to HFCs. Chemours operates a similar facility in Corpus Christi, Texas. Both Louisiana and Texas backed Trump over Democrat Hillary Clinton in 2016.

"This abrupt and unwarranted change in EPA’s long-standing regulatory program would harm U.S. manufacturers and endanger thousands of American manufacturing jobs," Honeywell said in its comments.

The company added that a safer alternative to HFCs, known as HFO-1234yf, was "developed in Buffalo, New York and is manufactured in Texas and Louisiana, creating hundreds of U.S. jobs."

EPA officials decided to restore the air-conditioning credits because they were moved by the companies’ pleas, which were made in writing and in person, according to the source with knowledge of how the process unfolded.

EPA air chief Bill Wehrum met individually with both Honeywell and Chemours last year, according to his public calendar. The companies also attended a joint meeting with Wehrum on March 20, 2018.

EPA’s press office didn’t respond to a request for comment. But in an interview with Reuters earlier this month, Administrator Andrew Wheeler confirmed that the agency is revising the car rules rollback in response to concerns from outside stakeholders.

‘Singing from the same sheet of music’

In the absence of federal action on HFCs, states are ramping up their efforts to curb the potent pollutants (Climatewire, April 4).

Francis Dietz, vice president of public affairs at the Air-Conditioning, Heating and Refrigeration Institute, said federal action would create more regulatory certainty for his member companies than a state-by-state approach.

"You want to have it so everybody is singing from the same sheet of music, so everyone knows what the phase down is and everybody has to comply," Dietz said. "What we don’t want, and what we are trying to avoid, is a patchwork of regulations state by state."

Dietz declined to comment on the car rule credits, which he said was outside the purview of his organization. But he said the shift in the auto industry toward safer alternatives to HFCs helped the world meet a goal of the Kigali Amendment earlier this year. The amendment calls for a 10% reduction in HFCs by 2019 and a 40% reduction by 2040.

A Honeywell spokeswoman said in an emailed statement to E&E News that "the world will continue to focus on transitioning to environmentally preferable and energy-efficient technologies.

"Thus, we continue to actively encourage the government and the industry to work together to spur U.S. innovation in this growth sector," the spokeswoman added. "This includes support for the Mobile Air-Conditioning (MAC) refrigerant credit option, designed to incentivize the transition to new, cleaner refrigerants with a lower emissions footprint."