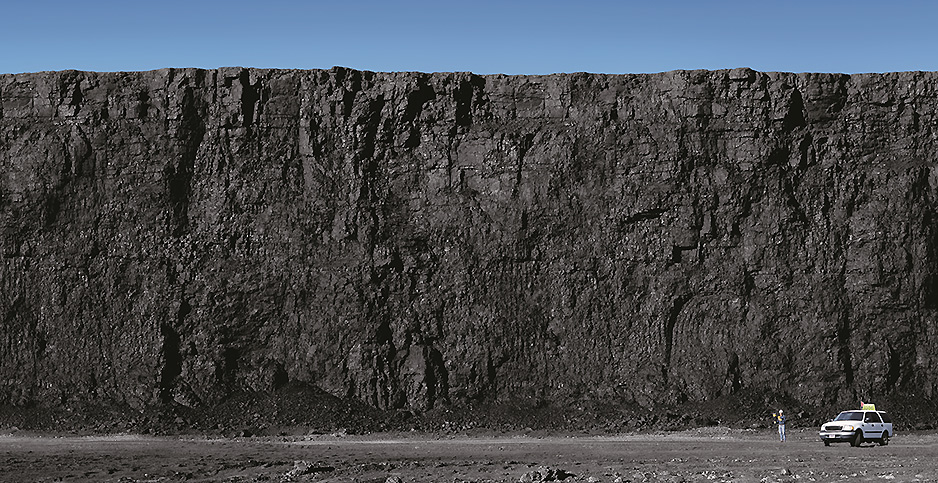 A coal seam at the North Antelope Rochelle mine in Campbell County, Wyo. The Department of the Interior will publish a proposed rule to amend portions of the Office of Natural Resources Revenue's regulations. Peabody Energy Inc./Wikimedia Commons

The Trump administration has proposed amendments to how federal fossil fuels like coal and crude oil are valued, reviving 30-year-old standards that determine royalty revenue and unraveling an Obama-era overhaul aimed to close perceived industry loopholes.

The administration’s attempt to simply repeal the Office of Natural Resource Revenue’s 2016 Valuation Rule as part of its energy dominance agenda failed a court battle with Democratic-led states.

But the proposed amendments announced today would ease some of the strictest regulatory requirements from the Obama years, like arm’s-length transaction requirements meant to bar companies from selling coal to subsidiaries for a discount rate deflating federal royalty payments.

"This proposal provides regulatory certainty and clarity to States, Tribes and stakeholders, removing unnecessary and burdensome regulations for domestic energy production," Secretary of the Interior David Bernhardt said in a statement today.

Watchdog groups and environmentalists had criticized the old valuation standards around fossil fuels as outdated and applauded Obama’s introduction of tougher rules, like allowing regulators to bump up oil and gas values they thought were undervalued. Industry, however, has championed the Trump administration’s attempt at revisions for restoring certainty and fair play.

"Certainty and fairness in the leasing process and royalty terms are critical aspects to help ensure American families and businesses can benefit from domestic energy production," he said in an email.

The proposed ONRR rule rewrite comes at a time when the coal, oil and gas industries on federal lands are in disarray, with a pandemic-fueled oil price crash and a rapid structural devolution of the U.S. coal industry.

The largest portion of coal sold to be burned in power plants in the U.S. is produced from federal lands in the West, particularly Wyoming and Montana. Despite promises from the Trump administration in its early days, supportive regulatory actions like the attempted ONRR rule repeal have done little to stop the market-driven decline of U.S. coal consumption.

When the Obama rewrite was finalized roughly four years ago, ONRR estimated it would bring in an additional $72 million to $85 million.

The ONRR amendments introduced today are rooted in several orders from the early days of the Trump administration aimed at freeing American energy producers from regulations deemed too burdensome and reversing what was perceived as an attack on fossil fuels from the Obama administration’s last years (Energywire, March 27, 2019).

Trump’s Interior repealed the 2016 Valuation Rule in 2017, prompting legal challenges from the attorneys general of California and New Mexico.

ONRR gave coal, oil and gas companies until early 2020 to recalculate their royalties due. Meanwhile, industry sued in the U.S. District Court for the District of Wyoming, holding out for a full repeal.

Coal interests were granted some reprieve in that fight, but not oil and gas firms.

Kathleen Sgamma, president of the oil and gas trade association Western Energy Alliance, said today that the Obama rewrite was a "gotcha" rule for companies that added "needless complexity and uncertainty into the royalty process."

"It was so highly convoluted and open to different interpretations that it introduced more audit risk at the same time the civil penalties rule was imposing very stiff penalties for honest mistakes arising from those intentional complexities," she said in an email.

Sgamma said that she had not dug into the proposed rewrites but that industry had been looking forward to changes for some time.

Conor Bernstein of the National Mining Association said that on first blush the Trump amendments appear "balanced and workable."

Environmental groups, however, have long supported what the 2016 Valuation Rule put in place and opposed attempts to reverse it.

"It’s about getting the right value for American taxpayers," said Shannon Anderson, an attorney at the Powder River Basin Resource Council in Wyoming. "There was an undervaluing of federal coal."