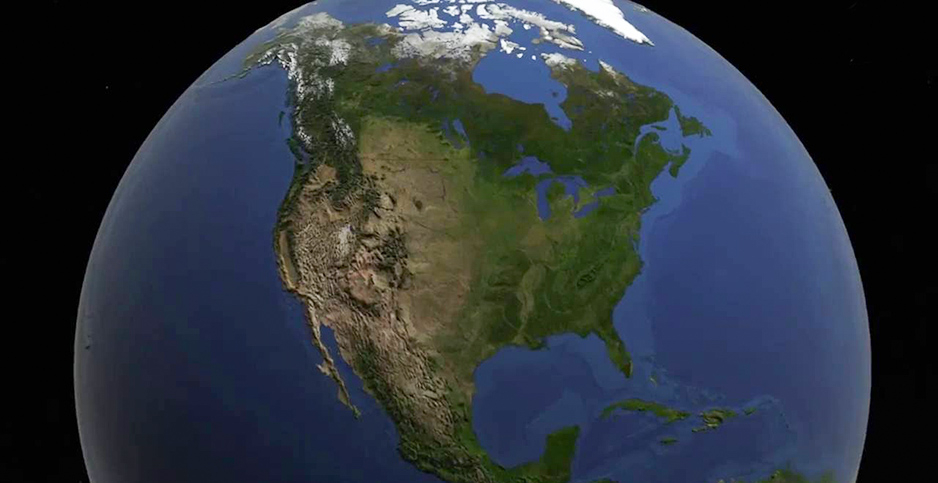 Members of the CO2 Coalition say Arctic greening is a beneficial outcome of climate change. NASA

Those photos of bleached coral, the disappearing island nations and images of glaciers tumbling into the ocean are "mostly myths designed to terrify people into accepting harmful policies that allegedly ‘save the planet.’"

Those are some of the claims promoted by the CO2 Coalition, a nonprofit founded in 2015 by the White House official who’s overseeing the administration’s "adversarial" review of climate science. The group’s assertions are disputed by a vast majority of climate researchers. But in the eyes of CO2 Coalition members, it’s the world’s leading scientists who are wrong.

Happer is forming an ad hoc committee at the White House to highlight uncertainties and areas of low confidence in national science reports on climate change. The panel, called the Presidential Committee on Climate Security in an internal memo, is supposed to question assertions by the U.S. intelligence community that climate change is a risk to national security. Now, rather than issuing public reports, there are signals that the panel might operate behind closed doors. In preliminary talks, Happer pushed for researchers associated with the CO2 Coalition to take a lead role in the effort, according to a source with knowledge of Happer’s activities.

The working group at the White House is the culmination of Happer’s efforts to sow uncertainty into climate science, which he has called a "cult." The emeritus physics professor with Princeton University is not a trained climate scientist.

Scientists say it’s unequivocal that human activities involving fossil fuels are warming the planet with unprecedented speed. While some short-term outcomes stand to benefit crop yields, the buildup of greenhouse gases exposes nations around the world to financial and physical threats, scientists say. Here’s one example: Although sea urchins are thriving as a result of climate change, they are destroying the kelp forests that provide habitat for sea otters.

The benefits that rising levels of carbon dioxide provide to some plants are outweighed by the overall effects of climate change, said Kevin Trenberth, a senior scientist at the National Center for Atmospheric Research. Those include warmer and more acidic oceans, which can devastate some marine animals. Warming can also reduce crop yields for wheat, rice and corn, he said. It’s also not true that there’s a carbon "drought," as Happer suggests, because global carbon dioxide levels have risen from 280 parts per million before the Industrial Revolution to 410 ppm today, Trenberth said.

"It’s far from clear there is a notable improvement in the types of crops that are desirable for human existence. The quality of grains tends to go down, although you may get a longer growing season out of it," he said. "Putting more carbon dioxide in the atmosphere doesn’t help because those benefits are overwhelmed by the increase in droughts and wildfire and air quality issues. The evidence from scientists around the world is widespread in saying that we have a problem."

In Washington, D.C., Democrats seized on the White House effort as the antithesis of scientific integrity. Senate Minority Leader Chuck Schumer (D-N.Y.) threatened on Tuesday to introduce legislation that would defund the administration’s "fake climate" exercise.

"We support various organizations, so what’s in our 990s [tax form] is what you get; thanks anyway, though," said Searle President Kimberly Dennis.

The CO2 Coalition also received small donations from energy executives and others, some of whom have questioned climate change. They include: Stewart Leighton, a former energy executive who has served as an honorary director of the American Petroleum Institute ($5,000); Norman Rogers, a policy adviser to the Heartland Institute who attacks climate models ($15,000); and Bruce Everett, a former Exxon executive ($5,000). All of them have served on the group’s board of directors.

Pointing out the funding sources of the CO2 Coalition is an "ad hominem attack," said Rossiter, the group’s executive director.

"Asking about people’s funding is an ad hominem attack when you can’t take on what they’re saying," he said. "You take your money where you can get it, typically, in my experience, and people in Washington have strong feelings about what they think is right, and if they’re expressing them and they are a member of Congress or a foundation like ours, money is going to chase the beliefs that you are already expressing."